This Memorial Day weekend, several prominent conservative allies of Donald Trump, who have promoted almost nonstop his false narratives about the 2020 election results, are slated to hold rallies in Florida and Texas endorsed by the wealthy libertarian Patrick Byrne.

Billed as featuring the Trump confidant Roger Stone, the retired general Michael Flynn, Byrne and other pro-Trump stalwarts, the dual events underscore that Byrne – who has been leading private fundraising for the politically driven vote audit now under way in Arizona’s largest county – seems intent on funding and pushing conspiracy theories about the 2020 elections.

Byrne’s influence and activities reveal him to be a rising figure on the Trumpist right and also show how fake narratives around the 2020 election – far from receding – are in fact still a powerful motivating force among Trump supporters.

Just last month Byrne created a non-profit, dubbed the America Project, which has been instrumental in funding the Arizona audit, and is promoting the two weekend rallies on its website. The Byrne non-profit quickly launched fundtheaudit.com in Arizona that has indicated it wants to raise $2.8m. As of mid May, it had reportedly pulled in $1.7m.

Byrne, whose net worth has been pegged at about $75m, has said he personally donated $1m to the America Project and $500,000 to fundtheaudit.com.

Byrne’s America Project seems to aspire to play a key role in tandem with other conservative pro-Trump bastions in spreading election disinformation: the America Project’s website says it wants to “lead a new American renaissance by arming citizens with the tools to fight for their freedoms, building like minded pro-freedom networks and uniting pro-America organizations who want to fight together in support of our nation”.

Byrne’s high-profile backing of pro-Trump conspiracies follows some bizarre contacts he had with Trump, post-election. In December, Byrne attended a White House meeting that also drew Flynn, who had publicly suggested Trump might invoke martial law to stay in power, and the rightwing lawyer Sidney Powell, who was helping Trump’s legal team.

Byrne is the founder and ex-chief of the company Overstock, and says he didn’t vote for Trump, but this year wrote The Deep Rig, a self-published conspiracy-ridden look at the 2020 elections. Byrne’s growing role on the far right comes after he publicly revealed he had an affair with Maria Butina, the convicted unregistered foreign agent for Russia, which prompted his resignation from Overstock in 2019.

The upcoming Florida rally on Sunday is set to feature Byrne, along with Flynn and Stone – both of whom Trump pardoned after they had been convicted as part of the inquiries into Russian influence in the 2016 elections. Advertised as a Patriots Day rally, it is slated to take place at a private ranch in Jupiter.

The three-day Texas event is billed as a rally for “God and country” that started on Friday and is scheduled to include talks by various pro-Trump stalwarts including Flynn and lawyers Powell and Lin Wood.

But Byrne’s central role in funding the Arizona audit and how it is being run is attracting growing scrutiny. Byrne has acknowledged that he had some brief contacts last December with Doug Logan, the head of the little-known Florida-based cybersecurity firm Cyber Ninjas, which was selected by Arizona officials to lead the audit, even though it had no experience in doing one previously.

“This is an audit like none that has ever been performed,” Byrne boasted to the AP. “This audit is an audit check for all forms of mischief.”

Byrne’s non-profit outfits, which won’t have to disclose how the funds are spent or who is writing the checks, also have reportedly played a role in recruiting volunteers for the audit.

In an email to local Arizona Republicans last week, a state official requested more volunteers and referred them to Byrne’s website to apply, the Arizona Republic reported. Byrne told the AP his operation merely sends volunteers to Cyber Ninjas for “vetting”.

The private funding Byrne is spearheading comes on top of $150,000 that the Arizona senate allocated to do the latest audit, a project which many Republican figures in Arizona and nationally have attacked as a waste of resources and dangerous since Biden’s victory in Maricopa county has already been certified as accurate.

Voting rights specialists are dismayed at the haphazard and private drive in Arizona that Byrne and his cohorts are mounting.

“This is yet another piece of evidence that the whole effort in Arizona is more of a disinformation campaign than anything else,” said Larry Norden, the director of the electoral reform program at the Brennan Center for Justice. “A good rule of thumb is that you should not take election’s work out of the hands of the professionals who run them and outsource it to people with a clear political agenda. It’s profoundly dangerous for our democracy.”

Some former Republican members of Congress say the privately run crusade by Byrne and his allies is hurting democracy in America as a whole.

Jeff Flake, a Republican former Arizona senator, said in an interview that Byrne’s “involvement in all this does not add credibility. It’s damaging to the Republican party and our system of government.”

Byrne did not respond to requests for comment left with the America Project.

But judging by his media appearances, Byrne isn’t fazed by critics of the growing role he has been playing.

Last month, Byrne in an interview with the New Tang Dynasty, an obscure television outlet whose website claims it was launched by Chinese-Americans who fled communism, flatly claimed: “It was a fraudulent election. It didn’t end for us on January 20.’’

Likewise, Byrne’s fundraising to promote false information about the elections may not end in Arizona.

The America Project website says if fundraising exceeds the $2.8m goal, it will use the monies “for other election integrity activities’’ including audits in other states and related expenses. 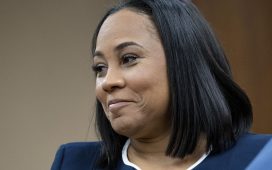 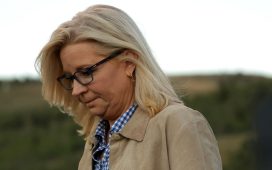