A new study in the journal Science has given insight into why the world’s oceans are full of more species than ever before — a question that has long been a focus of paleontological research.

The most diverse kinds of animals in the modern oceans, such as fish, mollusks, and crustaceans, diversified slowly and steadily for long periods of time, and were buffered against extinction.

Andrew Bush, an author on the paper and associate professor of Geosciences and Ecology & Evolutionary Biology in the College of Liberal Arts and Sciences, says that knowing how biodiversity evolved over Earth’s history can help humans think about future issues with environmental disruptions, like climate change.

“Paleontology can help us identify traits that helped species survive and thrive in the past, including during mass extinctions,” Bush says. “Hopefully, research like this can help us plan for the effects of environmental disruption in the coming decades.”

The findings clearly show that the species in the most diverse animal groups also tend to be more mobile and more varied in how they feed and live, notes lead study author Matthew Knope, assistant professor of biology at the University of Hawai`i at Hilo.

“Being a member of an ecologically flexible group makes you resistant to extinction, particularly during mass extinctions,” he says. “The oceans we see today are filled with a dizzying array of species in groups like fishes, arthropods, and mollusks, not because they had higher origination rates than groups that are less common, but because they had lower extinction rates over very long intervals of time.”

The “slow and steady” development of lineages through time has been a key factor in dictating which lineages have achieved the highest diversity.

Michal Kowalewski, professor of invertebrate paleontology at the University of Florida, who was not involved with the study, said the study highlights “the value of paleontological data for assessing core questions of biology.”

“Perhaps the fable of the tortoise and the hare is apt in explaining marine animal diversification: some groups jumped out to an early diversity lead only to be surpassed by other groups that were more ecologically diverse and less evolutionarily volatile, with steady diversification rates and strong resistance to mass extinctions,” adds Knope.

Materials provided by University of Connecticut. Note: Content may be edited for style and length. 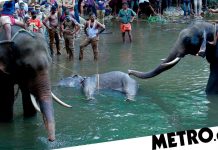 Pregnant elephant killed after being fed pineapple stuffed with firecrackers

Scientists discover what an armored dinosaur ate for its last meal 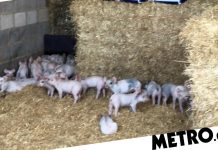