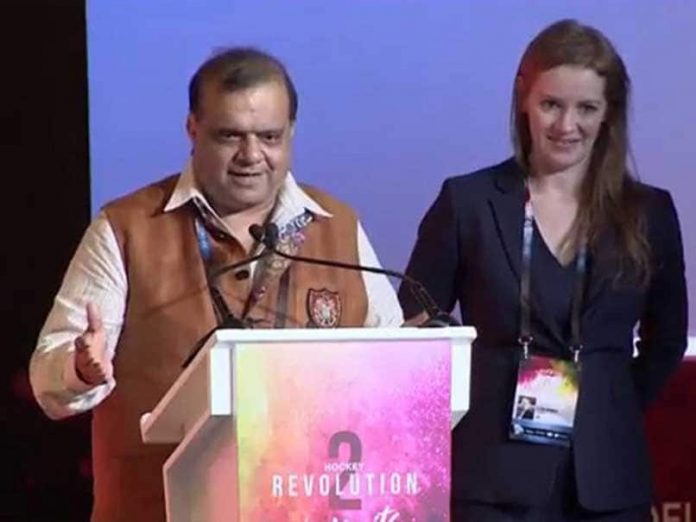 “It has come as a big shock to us because we were doing our best to convince the Indian High Commission to issue us visas for the tournament in Lucknow, India,” Ahmad told PTI on Wednesday.

The FIH on Monday withdrew Pakistan from the list of 16 participating nations in the World Cup due to be held from December 8 to 18, saying the Pakistan Hockey Federation had apploed late for the visas and even had not fulfilled confirmation requirements before the given deadline.

The FIH has replaced Pakistan with Malaysia in the mega-event.

Shahbaz, a former Pakistan captain, said that the PHF had sent applications for visas to the Indian High Commission on October 24 well before the FIH deadline of November 28 to confirm entries from teams.

“Obviously we can’t book hotels and make other travel arrangements until the visas are issued which they were not until today,” he said.

“We had got funds from the government for the tournament so there were no monetary issues at all. It is sad but strange that just after an Indian, Narinder Batra has taken over as FIH President this harsh decision has been made.”

Shahbaz said Pakistan at the recent FIH congress in Dubai, PHF has made it clear to the Indian delegation that they wanted cordial ties and resumption of bilateral series.

“Unfortunately we get this feeling we were going to be dumped anyways. What are we supposed to do if the Indian Commission has not issued visas to us. In fact it is now for the FIH to talk to the Indian authorities on the issue of issuing visas to Pakistani teams,” he said.

The Olympian also pointed out that the Asia Cup and the World Cup were scheduled to be held in India in 2017 and 2018 and keeping the two events in mind they have taken up the matter with the Pakistani government.

“We have taken up this matter with our government as well as it could have long term repercussions for us,” Shahbaz said.

Pakistan’s junior team head coach Tahir Zaman said it came as a shock to the players and questioned how visas could be issued to Malaysia in a such a short span while Pakistan team was waiting for the same despite appyling for on October 24.

“I don’t know what to say it is so disappointing as we had worked so hard with our junior squad and were confident of really doing well in the World Cup. It has come as a shock to our players,” Zaman said.

Olympians has also lashed out at Hockey India and FIH for dropping Pakistan from the World Cup.

“If the FIH can’t ensure visas are issued to our teams than the FIH should also move away its events from India. But the sad fact is that the FIH is very reliant on Indian sponsorship and money for holding its events and now we also have an Indian as the head of the FIH,” former captain Islahuddin said.

Former Olympian Samiullah felt Batra had simply taken revenge for the way Pakistan players celebrated after beating India in the semi-final of the 2014 Champons Trophy in India.

“He was waiting for this chance to hurt our hockey and he has done that,” he added.