The 10 Republican House representatives who voted to impeach Donald Trump are all being targeted by a well-funded new political group largely funded by supporters of the former president.

America Strong Pac has launched a website which features all 10 of the Republican rebels, whose vote angered Trump and his legion of loyal followers who still hold immense power in the party despite his 2020 election loss to Joe Biden.

The 10 Republicans joined with Democrats to approve one article of impeachment against Trump, charging the president with “incitement of insurrection” for his actions around the 6 January storming of the Capitol by a mob of his supporters. Trump was later acquitted in a Senate trial.

The news is the latest salvo in an ongoing fight in the Republican party as it seeks to come to terms with Trump’s ousting. Trump’s grip on the party remains firm and there is much outright hostility to the few senior politicians who criticize him or vote against his wishes.

America Strong’s treasurer is Jack Mantua, who was the Trump campaign’s executive director of strategic coalitions, and Bill White, a Georgia businessman and prolific Trump fundraiser, has been helping to line up potential donors for the organization, according to the Axios news website.

A particular target of the group is Wyoming congresswoman Liz Cheney, who was ousted from her senior leadership position in the House after thundering criticism of Trump’s actions around the 6 January attack in which five people died.

Cheney has said that keeping Trump out of office in the future is one of her main aims, but she now faces several Republican primary challengers for her seat. White told Axios that America Strong would be monitoring her “permanently” in the future in a bid to rid her from the party.

“Liz Cheney betrayed us,” said a short 30 second video ad on the website.

Biden Has Yet To End The Business Of Detaining Immigrants As He Promised, Critics Say 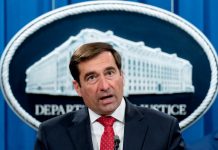 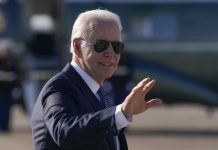 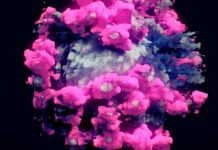 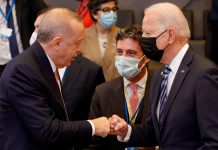 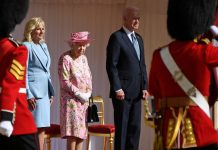 Jill Biden Models Love and Sustainability at the G7 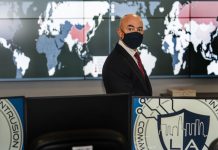