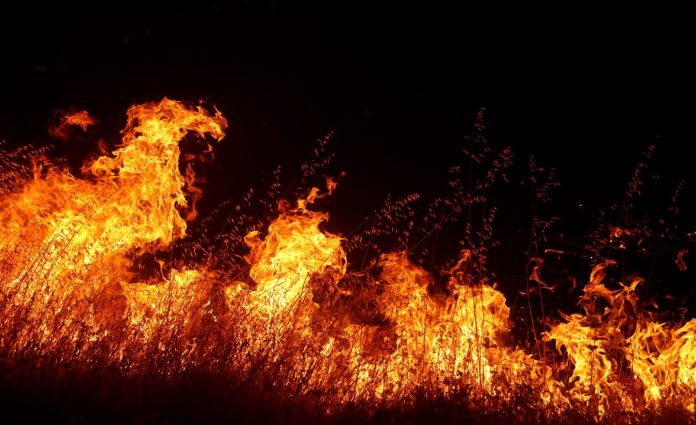 IT IS WEDNESDAY, MY DUDES. Welcome to Overnight Energy, your source for the day’s energy and environment news.

A series of wildfires across the Western U.S., including one in Oregon that has burned nearly 400,000 acres, has prompted thousands of evacuations.

In Oregon, where a wildfire has burned 394,000 acres as of Wednesday morning, officials have ordered a series of evacuations, including that of a wildlife research station in Klamath Falls, according to The Salem Reporter.

Meanwhile, in California, officials have ordered evacuations due to a wildfire in Butte County. The California blaze has destroyed two structures already, according to CNN.

The evacuations come as local utility Pacific Gas & Electric said in a filing with the California Public Utilities Commission that the fire may have been ignited by its equipment.

At a Monday briefing, incident meteorologist Julia Ruthford said the fire had been intense enough to alter the weather.

“The fire actually generated a thunderstorm over itself that led to some lightning out ahead of it and some really gusty and erratic winds due to that extreme, extreme conditions due to the thunderstorm overhead,” she said at a briefing, according to CNN.

Where else is affected?: On Tuesday, CAL FIRE’s Butte County unit issued an update saying the evacuation orders now applied to the communities of Jonesville and Philbrook, as well as all High Lakes areas within the county.

Read more about the evacuations here

The House on Wednesday approved a bill that would require the Environmental Protection Agency (EPA) to establish national drinking water standards for “forever chemicals” — a group of toxic compounds linked to kidney and liver issues, among other health problems.

The PFAS Action Act of 2021 passed the lower chamber with bipartisan support, 241-183. Twenty-three Republican lawmakers voted with Democrats to pass the measure.

One Democrat and five Republicans were “no” votes.

The story so far: The legislation, introduced by Michigan Reps. Debbie Dingell (D) and Fred Upton (R), would demand that the EPA regulate the most common perfluoroalkyl and polyfluoroalkyl substances — PFOA and PFOS — within two years of enactment, as well as designate these two compounds as “hazardous substances” under the Superfund law within a year. To date, the EPA has only established “health advisory levels” for PFAS compounds.

Read more about the vote here:

GIVE ME THE CODES, THE ENERGY CODES: Granholm announces new building energy codes

Energy Secretary Jennifer Granholm on Wednesday announced a series of new building energy code determinations that the Energy Department says will save $138 billion over three decades.

The department projected the new code determinations will save up to 4.7 percent on-site energy, 4.3 percent source energy, 4.2 percent carbon emissions and 4.3 percent in energy costs. The department projects the determinations would generate savings of $138 billion over the next 30 years for homes and businesses, or about $162 per residential unit a year.

The projected savings by building type include 4.7 percent for commercial buildings and 9.4 percent for residential buildings compared to earlier model energy codes. The updated codes would avert 900 million metric tons in carbon emissions, or the annual output of nearly 200 million cars, according to the department.

In an energy savings analysis accompanying the determinations, the department outlined the specific proposed changes, which include more high-efficiency lighting, increased wall and ceiling insulation and improved efficacy for mechanical ventilation fans.

“Based on these results, the 2021 IECC is expected to improve energy efficiency in residential buildings by almost 10 percent,” the analysis states.

Read more about the determination here:

The top House Democrat overseeing transportation policy is warning that he’ll reject the Senate infrastructure package — currently under negotiation by a bipartisan group of senators — without significant changes.

Peter Anthony DeFazioDeFazio warns he’s no rubber stamp for Senate infrastructure bill Overnight Health Care: Fauci clashes with Paul – again | New York reaches .1B settlement with opioid distributors | Delta variant accounts for 83 percent of US COVID-19 cases Abortion rights group endorsing 12 House Democrats ahead of midterms MORE (D-Ore.), chairman of the House Transportation and Infrastructure Committee, has a long list of objections to the Senate framework, many of them related to climate provisions he finds lacking. And he’s warning that he won’t just rubber stamp a bipartisan Senate agreement — should one materialize — without portions of his own transportation proposal being incorporated.

“There’s a whole lot of problems we have, and we’re expressing our concerns, and we want an opportunity to actually negotiate the final bill, not just be handed the Senate bill and say this is it,” DeFazio told reporters in the Capitol on Tuesday.

Senate negotiators have been haggling for weeks over the details of a $1.2 trillion infrastructure framework, which President Biden is hoping to help usher through the upper chamber as the first part of his two-track, year-one economic agenda.

Senate Majority Leader Charles Schumer (D-N.Y.), hoping to light a fire under those talks, has scheduled a procedural vote on the bill for Wednesday. That timeline has met resistance from moderate Republican negotiators, but Schumer has so far rejected their pleas for more time to iron out the remaining disagreements.

Men cause more climate emissions than women, study finds, according to The Guardian 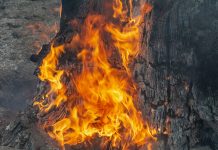 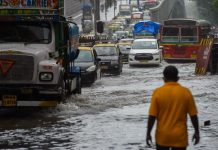 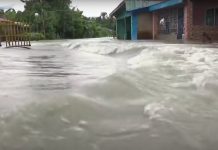 Thousands evacuated in Philippines due to flooding 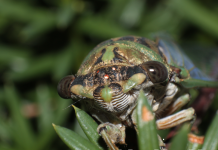 Brood X is gone, but larger cicadas that 'like to scream' are emerging 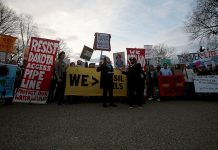 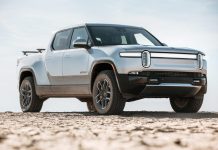 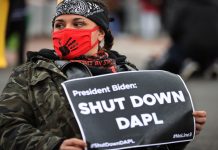 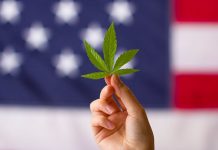 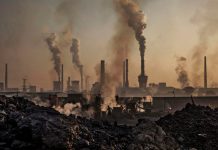 A Record Decline In Carbon Emissions 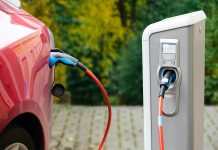