TGIF! Welcome to Overnight Energy, The Hill’s roundup of the latest energy and environment news. Please send tips and comments to Rebecca Beitsch at rbeitsch@thehill.com. Follow her on Twitter: @rebeccabeitsch.

THE TRUMP EFFECT: Rollbacks put forth by the Trump administration could cause the release of an extra 1.8 billion tons of greenhouse gas emissions by 2035, according to a new analysis.

The report from Rhodium Group noted that the excess 1.8 billion tons of what’s known as carbon dioxide equivalent would equal about one-third of the country’s total emissions from 2019.

Carbon dioxide equivalent is a measurement used to equate various greenhouse gases based on their potential to contribute to global warming.

The Trump administration has repeatedly moved to roll back regulations that seek to curb greenhouse gas emissions and has shown little interest in trying to mitigate climate change. It has justified its rollbacks by saying that they lessen regulatory burdens on industry and contribute to economic growth.

Some of the policies that are expected to contribute the most to these additional emissions are rolling back attempts to limit vehicle emissions by preventing California from setting its own emissions standards and loosening fuel economy requirements.

Read more on the rollbacks here.

AS NATURAL DISASTERS INTENSIFY, THE DRIVE FOR CLIMATE ACTION MAY NOT: Wildfires have burned 5 million acres across the West, and scientists are running out of names for all the tropical storms and hurricanes battering the South.

But even the intensity and frequency of those natural disasters are showing little sign of moving the needle on climate change with voters or lawmakers, despite increased attention on the issue.

The destructive nature of wildfire and hurricane cycles have been exacerbated by climate change, with fires and storms causing significantly more damage early on in seasons that typically extend into fall.

But the distance between Democratic and Republican lawmakers keeps climate change legislation from progressing through Congress, restrained in part by an electorate that consistently prioritizes other issues.

“It’s hard to build sustained political action over things that are episodic,” said Elaine Kamarck, a senior fellow at the Brookings Institution who has studied the challenges of addressing climate change.

“What we’re missing here is the notion of a tipping point. We don’t know if there is a tipping point. Is there going to be some point where we’re all gonna burn up or floods sweep us all away? Or will it just happen unrelentingly, which seems to be what is happening, but in different parts of the world with different people at different times?”

Two-thirds of Americans surveyed by the Pew Research Center in June said the government isn’t doing enough to address climate change. But a similar poll released in August showed only 42 percent of voters ranked climate change as very important to them, leaving the topic 11th on their priority list behind health care and the economy.

If there is any movement on climate change during the lame-duck session, it won’t be on a sweeping climate proposal but instead on legislation that provides millions of dollars for research and development into all types of energy production, including cleaner forms of energy.

Read more on that here.

Wildfires that have left parts of California and other Western states with some of the worst air quality in the world are posing a major threat to people with asthma and other underlying health conditions who are already at greater risk of serious COVID-19 complications.

Exposure to wildfire smoke can weaken immune systems and cause respiratory illnesses, and experts worry that combining those effects with the coronavirus could lead to more severe cases and even death.

As the pandemic continues to take its toll, having killed nearly 200,000 people in the U.S., the western part of the country is facing dual crises that could have a compounding effect.

“At the levels of air pollution we’re seeing in the Northwest now, it’s a matter of concern for everyone,” said David Hill, a spokesperson for the American Lung Association.

“So, certainly by itself, we’d be concerned. But with COVID circulating, having worse air quality might make it more likely for them to get infected and have worse disease with COVID-19,” he added.

Wildfires have been burning in Western states for weeks, and at least 34 people have died, according to The Associated Press.

When wildfires burn they release pollutants that can worsen air quality, including one known as particulate matter, which inflames the lungs and has also been linked to heart issues. The elderly and people with underlying health conditions like asthma and lung disease are at greatest risk for serious illness from both COVID-19 and poor air quality caused by wildfires.

Biden said he supported the continued use of the controversial fuel extraction process, saying there was “no rationale” for stopping it “right now.”

The former vice president’s comments come as Trump and his allies have looked to hit Biden over his stance on fracking, falsely claiming that he wants to ban the practice.

Biden was also questioned on how he would decrease regulatory burdens for farmers by Julie Masser Ballay, who works for a potato farm. Masser Ballay expressed disapproval of the Obama administration’s Waters of the United States Rule, which made more bodies of water subject to federal regulation and was recently rolled back by the Trump administration.

“We should provide for your ability to make a lot more money as farmers by dealing with and being able to put land in land banks and you’d get paid to do that to provide for more open space,” he said, adding that farmers would also be paid to plant crops that absorb carbon.

ONCE AGAIN, NOBODY’S HAPPY: Both sides are fuming after a Reuters report that the White House is considering a $300 million dollar aid package for oil refiners just after delivering a win for the ethanol industry.

The trump administration announced Monday it denied a number of waivers that exempt small refiners from adding ethanol to their gasoline.

But even refiners who would stand the benefit from the aid package aren’t backing it.

“If the Administration truly wants to make things right with refiners, they need to prioritize permanent reforms to make the RFS less expensive so it’s not a threat to good manufacturing jobs. This is not the way to do it. It certainly won’t make up for losing lifelines that have helped refineries of all sizes shoulder the cost of RFS compliance, and it will do nothing to restore industry confidence in an Administration that has shown it will sacrifice refineries and union jobs whenever they think it’s politically expedient,” the Association of Fuel and Petrochemical Manufacturers said in a release.

This Billionaire Governor’s Coal Company Might Get a Big Break From His Own Regulators, ProPublica and Mountain State Spotlight report

Oil Companies Are Profiting From Illegal Spills. And California Lets Them, The Desert Sun and ProPublica report 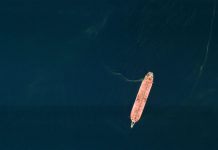 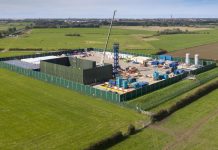 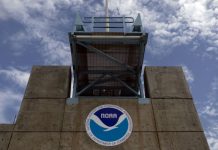 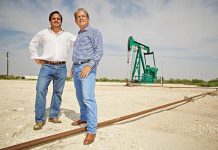 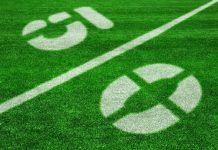 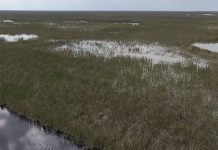 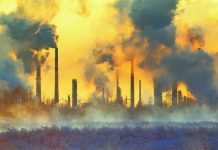 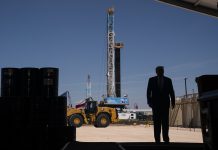 The oil industry actually hasn’t done that well under Trump 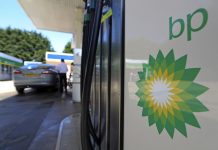