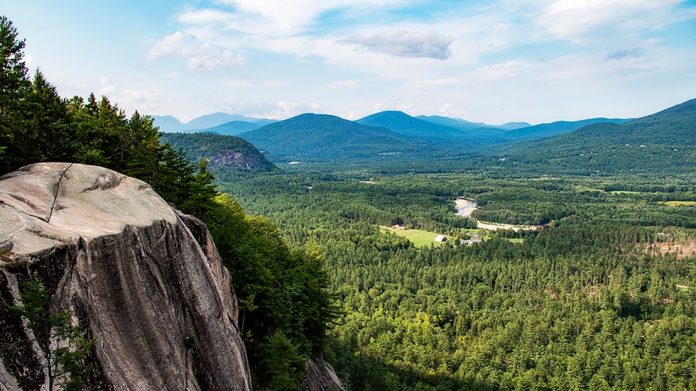 The executive order creates a council that’s in charge of “developing, coordinating, and promoting Federal Government interactions with the Initiative with respect to tree growing, restoration, and conservation.”

The council will also create methods to track and measure the number of trees planted, conserved or restored and address any laws and regulations that get in the way of these actions.

“On January 21, 2020, I announced that to further protect the environment, the United States would be joining the World Economic Forum’s One Trillion Trees initiative… an ambitious global effort to grow and conserve one trillion trees worldwide by 2030,” the executive order said.

“Following through on my commitment, and given the expansive footprint of our Federal forests and woodlands, this order initiates the formation of the United States One Trillion Trees Interagency Council to further the Federal Government’s contribution to the global effort,” it continued.

The order did not specify how many trees the federal government would seek to grow or conserve.

The Trump administration has touted its decision to join the World Economic Forum’s Trillion Trees Initiative, which plans to grow, restore and conserve that many trees across the globe, as an action it has taken to better the environment.

However, it has also taken steps to reduce restrictions on the timber industry cutting down trees.

It has proposed, for example, opening up a previously protected 9.37 million acre area of the Tongass National Forest to logging. That forest is a major carbon sink, meaning its trees soak up carbon from the atmosphere, lessening the impacts of climate change.

Scientists have said planting trees can help but that it isn’t a panacea and that the U.S. will also have to significantly reduce its emissions to mitigate climate change impacts.

The new council will be chaired by Agriculture Secretary Sonny Perdue

A total of 26 companies, cities and nonprofit organizations announced in August that they too would participate in the program, with the goal of planting or conserving 855 million trees by 2030.

ASSESSING THE ASSESSMENT: A conservation group is seeking documents from the Trump administration to explain why the Fifth National Climate Assessment has already been delayed.

The report, released every four years, often paints a dire picture while summarizing the breadth of science on climate change.

Though due in 2022, the website for the report already anticipates delivery by the end of 2023.

Critics have said they are concerned the administration may be intentionally delaying the report following an article in E&E News last week that the administration had not yet put out a call for the researchers who help draft the assessment.

“Refusing to take the basic steps to prepare the next Climate Assessment is outrageous and dangerous,” Howard Crystal, a senior attorney at the Center for Biological Diversity, said in a release.

“We can’t prepare for the droughts, floods, fires and hurricanes to come unless we understand how climate change is affecting our country. Congress set a strict four-year timetable for these reports precisely because timely information related to climate change is so important, and the agency must move forward to comply.”

The White House did not respond to request for comment, nor did the Department of Commerce, which ultimately oversees the report.

The climate assessments have been delayed in the past.

In 2017 the Trump administration disbanded an Obama-era committee designed to help aid in the creation of the 2018 Fourth National Climate Assessment.

The Center sued when the administration initially refused to release documents after a Freedom of Information Act request about the decision. Once the documents came out the next year, records showed the administration found fault with the advisory committee for only containing one member from industry.

The report was released the day after Thanksgiving, timing the Center called “an apparent effort to downplay its grave assessment of accelerating climate change and its perils.”

The Second National Climate Assessment was also delayed under the George W. Bush administration, which missed deadlines in 2004 and 2006.

Read more about the push for documents here.

EMISSIONS CONDITIONS:Global carbon dioxide emissions are expected to increase after the pandemic, but may not exceed 2019 levels until 2027, according to a projection from the International Energy Agency (IEA).

The IEA, which pushes for a “sustainable energy future,” projects a 7 percent drop in energy-related carbon dioxide emissions in 2020 amid reductions in fossil fuel use.

The analysis predicted a decline in annual CO2 emissions to where they were a decade ago. However, it says there “may not have been” a similar fall in emissions of methane, a more powerful greenhouse gas.

Under an IEA model based on today’s current energy policies in which the pandemic comes under control in 2021, the global economy will return to its pre-pandemic level in 2021 and energy demand will return by early 2023, but emissions won’t exceed 2019 levels until 2027.

Energy demand will recover faster than the rate of emissions because renewables will make up a greater share of the market, while the use of coal will decline, according to the model.

In 2020, the report estimates that global energy demand will drop by 5 percent and energy investment will drop by 18 percent.

In the long term, the report projects that under this scenario coal will remain about 8 percent lower than pre-coronavirus levels through 2030, while oil demand is expected to recover by 2023 but plateau after 2030.

While the slowdown in emissions increases may contribute less to climate change, the world will likely need to reduce emissions to mitigate global warming.

The report notes that decisions made over the next decade “will play a critical role in determining the pathway” to reach net-zero emissions by 2050.

Read more about the analysis here.

THE LATEST FROM PENDLEY: Embattled Bureau of Land Management official William Perry Pendley told a Wyoming public radio station he has not been “ousted” from his job at the agency despite a court ruling saying he illegally served as its acting director.

The Friday interview was distributed by BLM’s press office Tuesday evening, couched as a way to “correct the record” after Pendley garnered attention in an interview with another outlet saying the court ruling “has no impact, no impact whatsoever” on his role within the department.

“If there’s something that needs action by the director of the Bureau of Land Management, I won’t be doing that,” Pendley said in an interview he requested with Wyoming Public Media the next day.

A Montana-based U.S. District Court judge ruled last month that Pendley “served unlawfully … for 424 days,” giving the Department of the Interior 10 days to justify why it shouldn’t throw out many of the decisions Pendley has made during his tenure.

Read more about what he had to say here.

ENVIRO LAW MAKES A CAMEO IN THE ACB HEARING: During the second day during the politically-charged confirmation hearing for Amy Coney Barrett’s nomination for the Supreme Court, Sen. Joni Ernst

Joni Kay ErnstDemocrats warn of ObamaCare threat from Barrett, Trump Senate kicks off fight over Trump’s Supreme Court pick Biden leads Trump by 6 points in Michigan and Nevada, race tied in Iowa: poll MORE (R-Iowa) invoked environmental issues to ask the nominee for her views on administrative rulemaking. She specifically discussed cases involving what can be defined as a federal body of water and renewable fuel standard (RFS) waivers, which give exemptions to requirements for a certain amount of ethanol to be blended into fuel.

“You helped decide a Clean Water Act case, specifically Orchard Hill Building Company v. Army Corps of Engineers. The decision found that the federal government did not provide enough evidence to justify its decision to deem 13 acres of Illinois wetlands as a Water of the U.S. I am very encouraged by how you approached this decision,” the senator said.

Ernst, who has been an outspoken opponent of renewable fuel waivers, also asked about a recent court decision that vacated RFS waivers the EPA granted to oil refiners.

“They took the law that congress passed, they twisted it, and interpreted for the benefit of oil producers, and that harmed our Iowa farmers. I know, again, you cannot speak on how you would rule on these cases, especially those that could be pending before the supreme court, but tell me — how do agencies, how should they interpret the laws that are passed by Congress?”she asked.

Barrett responded: “When a court reviews whether an agency has exceeded its lawful authority, it goes to the statute that you, in Congress, enact, and interprets that statute, looks at the text, and tries to tell whether you’ve given the agency…leeway to adopt policies, and that leeway would be present if you had ambiguity in the statute that left the decision to the agency, but if the agency goes farther than the text that the statute permits,then  it is the role of the court to say that that action was in conflict with the statute, and therefore illegal.”

Fifth of countries at risk of ecosystem collapse, analysis finds, The Guardian reports

Carbon dioxide emissions may not surpass 2019 levels until 2027: analysis 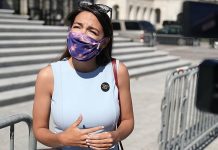 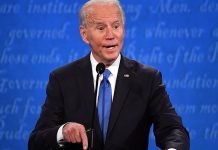 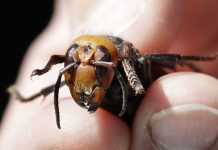 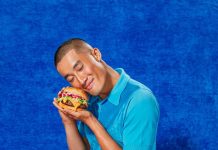 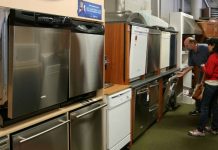 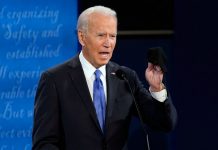 Biden: 'We're not getting rid of fossil fuels for a long time'

A window on the climate 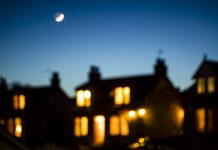