Signup for our newsletter and others HERE.

‘IT WAS QUITE A FLOP’: President Trump

Donald TrumpCapitol Police officer dies following riots Donor who gave millions to Hawley urges Senate to censure him for ‘irresponsible’ behavior Kellyanne Conway condemns violence, supports Trump in statement on Capitol riots MORE may have succeeded in selling off rights to drill in the Arctic National Wildlife Refuge (ANWR), but environmentalists largely see the move as a failure, primarily because there was so little interest from oil companies.

“It was quite a flop. I think it means there really isn’t any interest in spoiling our most iconic national wildlife refuge, even from the oil industry itself,” said Patrick Lavin, Alaska policy director with Defenders of Wildlife.

“To industrialize a landscape sacred to indigenous Alaskans and home to really incomparable wildlife and wilderness values for frontier oil and gas development that’s going to exacerbate the climate crisis and lock us into decades of unnecessary carbon pollution … when you add all that up I think there’s almost universal dismissal of that as an idea,” he added, “and I think the results help show this.”

The majority of the tracts of land were purchased by a single buyer: not an oil company but the Alaska Industrial Development and Export Authority (AIDEA), the state’s economic development wing.

The lack of interest from oil companies could be due in part to a growing number of banks that have said they would not fund any exploration or drilling activities in the refuge.

Goldman Sachs, Morgan Stanley, JPMorgan Chase, Wells Fargo, Bank of America and Citi have all said they would not provide financing for Arctic drilling.

“The Trump administration’s paltry, illegitimate sale represents a massive failure of the Trump administration, and is a case study of the growing opposition from investors to increased drilling in the Arctic region,” Ben Cushing, senior campaign representative with Sierra Club’s financial advocacy campaign, said in a statement. “Every major U.S. bank and nearly 30 major banks around the world have committed to not fund new oil and gas development in the Arctic, and that trend will only continue.”

The sale was a result of a provision in the 2017 tax cut bill, spearheaded by Sen. Lisa Murkowski

Lisa Ann MurkowskiHere’s why Manchin, Romney and Collins are about to wield serious Senate power How Biden can repair the rocky road Trump left behind Republican infighting on election intensifies MORE (R-Alaska), that required two lease sales in ANWR, the first of which was required by the end of 2021.

“While it did not occur under ideal conditions, it will benefit Alaskans both in the short-term and well into the future,” Murkowski said in a statement.

“The resources that stand to be produced from a very small part of the 1002 Area will be critical to creating jobs, generating revenues, refilling the Trans-Alaska Pipeline System, and ensuring our nation’s continued energy security. I look forward to leases being awarded to the winning bidders in the near future, and to the continued faithful implementation of this important program,” she added, referring to the number given to the coastal plain area up for sale.

Read more on their takes here.

JUST ONE IN A BILLION: U.S. weather and climate disasters hit an all-time high in 2020 with 22 separate catastrophes that cost more than $1 billion each.

The previous record for most billion-dollar weather and climate disasters was 16, which occurred in 2011 and 2017, according to a National Oceanic and Atmospheric Administration (NOAA) announcement on Friday.

Among the events from this record-breaking year were the fires in California, the western drought, 10 severe storms, three tornadoes and seven hurricanes. These events left 262 people dead in addition to their severe economic impacts.

Overall, there was $95 billion in damage, the fourth most costly year since 1980.

“2020 is the sixth consecutive year (2015-2020) in which 10 or more billion-dollar weather and climate disaster events have impacted the United States,” the report says.

The events in 2020 that cost the most were Hurricane Laura, at $19 billion; the wildfires in California, Oregon and Washington coming in at $16.5 billion; and the August derecho in Iowa and Illinois, which cost $11 billion. The record for most damages financially since 1980 is from 2017 when 16 weather disasters totaled $321.8 billion.

“The number and cost of weather and climate disasters are increasing in the United States due to a combination of increased exposure (i.e., more assets at risk), vulnerability (i.e., how much damage a hazard of given intensity — wind speed, or flood depth, for example — causes at a location), and the fact that climate change is playing an increasing role in the increasing the frequency of some types of extremes that lead to billion-dollar disasters,” NOAA climatologist Adam Smith

Read more on the report here.

IN COURT: A coalition of environmental groups is suing the U.S. Forest Service over a rule that weakens environmental analysis of many of its plans and excludes a number of actions from scientific review or community input.

The rule, finalized in November, allows the service to use a number of exemptions to sidestep requirements of the bedrock National Environmental Policy Act (NEPA), something critics say will speed approval of logging, roads and pipelines on Forest Service land.

“In short, the Forest Service’s rule allows more commercial exploitation with less public accountability, and that’s a terrible shift in balance,” Sam Evans, leader of the Southern Environmental Law Center’s (SELC) national forests and parks program, said in a release. “National forests, and especially those in the Southern Appalachians, are resources for everybody. But the Trump administration wants to give logging lobbyists louder voices than the rest of us.”

The Forest Service said it would not comment on pending litigation.

The SELC is filing the suit on behalf of nine environmental groups that argue the service is sidestepping analysis it needs to make informed decisions about how to respond to fire damage or ensure runoff from roads won’t hurt its forests. 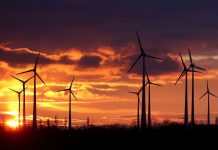 Energy Transition Investment Hits Half A Trillion For The First Time 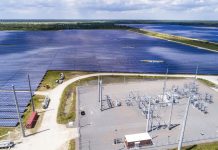 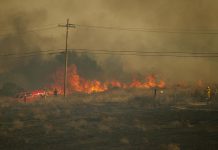 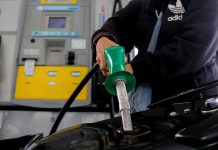 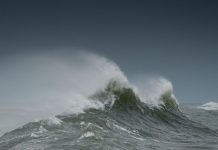 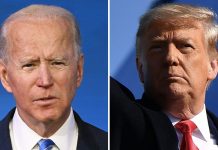 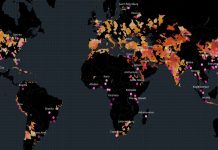 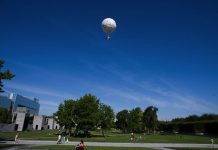 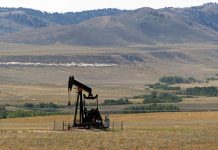 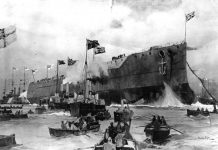 Keeping Afloat In A Minefield Of Cybersecurity Threats 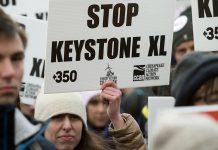