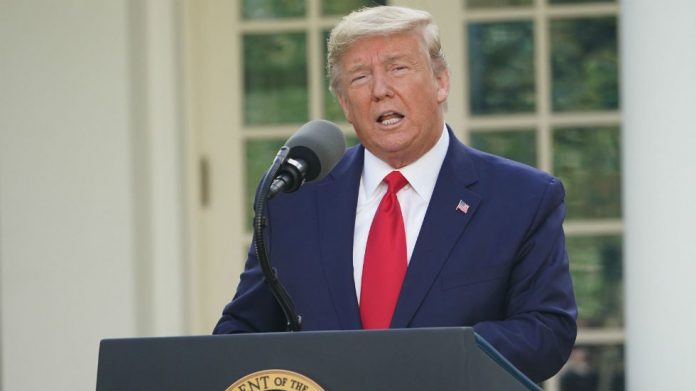 NEW WORRIES ABOUT POLLUTION: Critics worry a new Environmental Protection Agency (EPA) policy will leave the agency unaware of how much pollution is leaking into air, water and soil as companies are given the green light to suspend monitoring during the coronavirus outbreak.

A directive issued by EPA late Thursday informed companies they would not face fines or other enforcement actions from the agency for failing to monitor and report their pollution.

Companies are expected to “comply with regulatory requirements, where reasonably practicable, and to return to compliance as quickly as possible,” the agency wrote in a release announcing the change, which is temporary, but has no set end date.

The move alarmed environmental and public health groups, who couched the memo as a license to pollute, warning the sweeping directive gives industry the ability to exceed clean air and water laws with little consequence.

“There’s a direct link from monitoring to excessive pollution that may occur and may never be detected or reported to the public or regulators because of the grant of amnesty by the Trump EPA,” said John Walke with the Natural Resources Defense Council.

Critics of the memo say the pandemic–along with social distancing measures–could justify a change in some EPA policies. But they worry COVID-19 may be used as a smokescreen to cover a wide variety of pollution with little oversight from the agency.

EPA regulates a number of industries that are likely to benefit from the new rule: chemical plants, oil and gas outlets, power plants, steel manufacturers and more. Their pollution could range from gas leaks from equipment to a surge in contaminants released directly into waterways.

The memo directs companies to document when they were unable to monitor their pollution and identify how the coronavirus outbreak was responsible–prompting concerns that bad actors will try to take advantage of the change.

“How are they going to know when they’re being fooled?” asked Joel Mintz, a former EPA enforcement attorney who wrote a book about the agency’s enforcement practices. “I’m just not sure EPA has the political will or the resources to go through all these requests.”

There could be valid reasons that companies have to fine tune processes in the wake of the virus, he said.

The agency’s side: EPA told The Hill in a statement the agency believes that it is more important for facilities to ensure that their pollution control equipment remains up and running and that facilities are operating safely, than to carry out routine sampling and reporting.

“We retain all our authorities and will exercise them appropriately,” agency spokeswoman Andrea Woods said in an email.

EPA enforcement actions are continuing, the agency said, including against retailers making unsupported claims that their products can kill coronavirus.

Read more on the directive here.

ON TAP TOMORROW: The Trump administration is expected on Tuesday to roll out a rule that would drastically cut the fuel economy standards negotiated under the Obama administration in an effort to battle climate change, according to The New York Times.

The Trump rule is reported to cut the year-over-year improvement in mileage required of automakers.

While the Obama-era rule required automakers to produce fleets that average nearly 55 miles per gallon (mpg) by 2026. Instead, the Trump rule could bring that number down to 40 mpg over the same timeline.

The Trump administration has argued that cutting Corporate Average Fuel Economy (CAFE) standards will allow automakers to produce cheaper cars, something they say will save lives as low prices spur consumers to upgrade to new vehicles with better safety features that guzzle less gas than older models.

But critics say the rule raises concerns about health, the environment, and the economy.

“The administration is unraveling the biggest and most successful climate policy on the books, one that has also saved consumers millions of dollars in gasoline costs, cut air pollution, and helped grow the auto industry,” Ken Kimmell, president of the Union of Concerned Scientists, said in a statement.

“This new rule leaves the country worse off. In the near term, it’s a massive transfer of tens of billions of dollars from drivers to oil companies. … It also cedes American leadership in vehicle manufacturing, putting the automakers at risk in a global market. In the long term, it’s even worse–a deliberate decision to steer us at high speed toward a more dangerous climate.”

Transportation is now the largest source of greenhouse gas emissions in the nation, according to research by the Environmental Protection Agency (EPA), with pollution from cars and trucks outpacing that of electricity as utilities move away from coal.

But that increase in pollution also poses health risks. A government analysis of the rule obtained by Sen. Tom Carper

Thomas (Tom) Richard CarperOvernight Energy: Critics blast EPA move as ‘license to pollute’ during pandemic | Trump expected to roll back Obama mileage standards| Group plans to sue over rollback of water law Trump administration expected to roll back Obama-era mileage standards Senator Tom Coburn’s government oversight legacy MORE (D-Del.) and shared with The Hill found that anywhere from 440 to 990 people could die prematurely given the increase in smog and other side effects from vehicle emissions.

The economic impacts are also considerable.

The rule will cost consumers more, even as gas prices plummet, while the economy lies in the midst of uncertainty amid the largest spike ever seen in unemployment claims.

U.S. automakers might also take a hit in the global market, as buyers steer clear of American made vehicles that lag behind their competitors.

Numerous lawmakers have asked the Trump administration to halt the rules roll out as large segments of society are instead focused on battling the coronavirus.

“While I have significant concerns, and questions, about how this final rule was crafted and justifications for certain changes, I write today only to urge you to halt the finalization of the rule while we continue to respond to one of the greatest health crises our nation has ever faced,” Rep. Doris Matsui

“The effort to combat this pandemic requires assistance and coordination across all levels of government – state, local, and federal. We should not be further overwhelming these parties with new regulations that will require time and attention.”

SEE YOU IN COURT: The Natural Resources Defense Council (NRDC) plans to sue the Trump administration over a rollback to a controversial Obama-era water law, arguing leaders failed to consider how it would impact endangered species.

The January policy from the Environmental Protection Agency (EPA) replaces the already-repealed Waters of the United States rule (WOTUS), crafted under President Obama, which expanded the types of waterways protected by federal law.

Donald John TrumpCuomo grilled by brother about running for president: ‘No. no’ Maxine Waters unleashes over Trump COVID-19 response: ‘Stop congratulating yourself! You’re a failure’ Meadows resigns from Congress, heads to White House MORE‘s Navigable Waters Protection Rule limits that scope, removing protections for smaller bodies of water, even some seasonal ones caused by snowmelt, that environmentalists say must be protected in order to stop pollution from reaching larger sources, including those used for drinking water.

Wetlands, an important habitat for a number of species, face reduced protections under the Trump-era rule, as do the intermittent streams that serve as important water sources for protected desert species.

NRDC argues the EPA violated the Endangered Species Act by failing to review how those protected animals might fare under the new rule.

“Because the Rule removes Clean Water Act protections for wetlands and streams that endangered and threatened species depend on for habitat and food, there is no question that the rule ‘may affect’ ESA-listed species,” the NRDC writes in its letter.

That impact requires the EPA to consult with the Fish and Wildlife Service before rolling out any new regulations, they argue. The letter gives the agency a 60-day timeline to do so before they file suit.

The EPA did not immediately respond to a request for comment.

Read more about the notice here.

HIT THE BREAKER: Senate Democrats introduced a measure Monday that would block utilities from shutting off electricity or heat to consumers in the wake of the coronavirus.

“As bills come due, unemployment rates spike, and businesses shutter in Massachusetts and across the country, families are struggling to keep on their electricity, heat, stoves, and hot water,” said Sen. Ed Markey

“This is a national life-or-death emergency, and every single state and utility must take action now to keep people healthy at home and keep their lights on.”

Many utilities have already vowed not to shut off electricity as the pandemic spreads, sending the economy spiraling and producing the single largest spike in U.S. unemployment claims.

“This crisis will create significant financial hardships for many Americans, and we know that now, as always, ensuring access to reliable electricity is essential to the health and safety of all our customers,” wrote Tom Kuhn, president of the Edison Electric Institute (EEI), which represents private, investor owned utilities. All EEI members have agreed to suspend any service disconnects due to nonpayment.

Many public utilities have made similar commitments.

But the resolution introduced by lawmakers goes further. It would require utilities to reconnect anyone whose power has already been disconnected, without charge. It would also require utilities to waive any late fees they might normally charge. Finally, it would block companies from increasing their electric rates during the outbreak.

AT SCOTUS: Citgo is liable for a 2004 oil spill and must pay back cleanup costs, the Supreme Court ruled on Monday.

In 2004, an oil tanker chartered by Citgo Asphalt Refining Company and others hit an anchor in the Delaware River, leading to the release of 264,000 gallons of heavy crude oil, according to court documents.

At the time, Frescati Shipping Company, which owned the vessel, and the U.S. together paid a total of $133 million to clean up the spill.

The court ruled 7-2 on Monday that Citgo and others are responsible for cleanup costs.

Sonia SotomayorOvernight Energy: Critics blast EPA move as ‘license to pollute’ during pandemic | Trump expected to roll back Obama mileage standards| Group plans to sue over rollback of water law Supreme Court rules Citgo responsible for 2004 oil spill Supreme Court rules states can eliminate insanity defense MORE, said a “safe-berth” clause in the charter contract should be interpreted as a safety warranty, meaning it was up to Citgo and others to make sure the tanker docked safely.

Read more on the decision here.

ICYMI: News from Monday and the weekend…

Critics blast EPA move as license to pollute during pandemic

FROM THE HILL’S OPINION PAGES:

If Trump wants the Saudis to cut oil production, he must demand it, writes Ellen R. Wald, Ph.D., a senior fellow at the Atlantic Council’s Global Energy Center.

Tariffs on imported oil: A bad idea at the wrong time, writes Jeff Kupfer, former acting deputy secretary of energy in the Bush administration and an adjunct professor of policy at Carnegie Mellon University’s Heinz College.