More than 50,000 California homes and businesses were without power on Thursday amid an autumn heatwave that brought another round of extreme wildfire danger.

The utility company Pacific Gas & Electric (PG&E) began shutting off power Wednesday evening to customers in portions of 24 counties, mainly in the Sierras and the San Francisco Bay Area. Several hundred more customers were to see shutoffs Thursday afternoon in the far north.

The National Weather Service had issued heat advisories through Friday for temperatures in the 90s and even triple digits in many parts of the state. Red-flag warnings were up in much of the San Francisco Bay Area, where Diablo winds bringing hot, dry gusts up to 55mph (88.5km/h) were expected to pose a threat of sparking new blazes in a region that already has seen some of the worst wildfires in state history.

PG&E’s power cuts were the third in less than two months. They aim to prevent PG&E equipment such as power lines from sparking wildfires if they are fouled or blown down by the winds. PG&E equipment has been found at fault in two of the deadliest wildfires in California’s recent history, including the 2018 blaze that destroyed much of the town of Paradise and killed 85 people.

PG&E senior meteorologist Scott Strenfel said the forecast calls for two “back-to-back” periods when Diablo winds sweep the region. In addition to high gusts, they bring very dry air “and essentially suck the moisture out of vegetation”, leaving it tinder-dry and vulnerable to burning.

Several of the counties falling under the PG&E shutoffs already were hit by massive wildfires. The Glass fire that ravaged the northern California wine country of Napa and Sonoma counties was surrounded Wednesday after destroying more than 1,500 homes and other buildings.

Farther north, the Zogg Fire in Shasta and Tehama counties was fully contained. Four people died in that blaze.

More than 8,500 wildfires have burned more than 6,400 sq miles (16,000 sq km) in California since the start of the year, most since mid-August. Thirty-one people have died, and more than 9,200 buildings have been destroyed.

Most of the huge fires that erupted over the past eight weeks are now fully or significantly contained but the gains could be hampered if new fires ignite, said Daniel Berlant, assistant deputy director with the California department of forestry and fire protection, known as Cal Fire.

“If a new fire breaks out, that fire will be able to grow very quickly under these conditions,” Berlant said.

An Associated Press analysis of pollution data and interviews with physicians, health authorities and researchers revealed on Thursday that the wildfires that have ravaged the US west in recent weeks have exposed millions of people to hazardous pollution levels

Smoke at concentrations that topped the government’s charts for health risks and lasted at least a day enshrouded counties inhabited by more than 8 million people across five states in recent weeks, the AP’s analysis shows.

Major cities in Oregon, which has been especially hard hit, last month suffered the highest pollution levels they have ever recorded when fires hit the state last month.

Doctors told the Guardian they witnessed an alarming surge in hospital visits related to air pollution. In northern California’s Stanford health care system, hospital saw a stunning increase in cerebrovascular conditions such as strokes. In Oregon, health officials reported nearly one out of 10 people visiting the emergency room in early September had asthma-like conditions due to the smoke. And in San Francisco, doctors had to cancel their clinics for recovering Covid-19 patients because the air was so unhealthy that just getting to their appointments could make patients more sick.

Experts said that the smoke can have an almost immediate effect on people’s health, causing asthma, heart attacks, kidney problems and even mental health issues to surge.

Numerous studies have linked bigger wildfires in America to climate change from the burning of coal, oil and gas. Scientists have said climate change has made California much drier, meaning trees and other plants are more flammable. 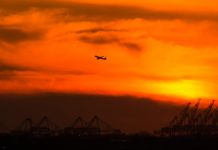 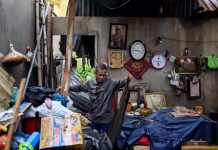 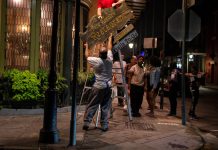 Zeta Is Forecast to Bring Life-Threatening Storm Surge to Louisiana

Hurricane Epsilon Makes a ‘Wobbly’ Northwest Turn in the Atlantic 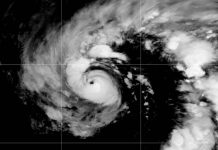 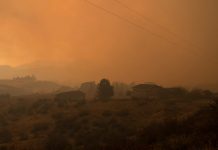 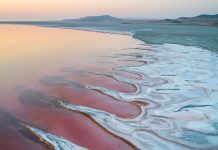 Nearly Half of the U.S. Is in Drought. It May Get Worse. 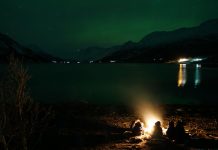 What Scandinavians Can Teach Us About Embracing Winter 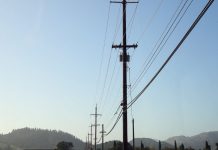 Citing Risk of Wildfires, Utility Plans to Cut Off Power to 50,000 in California

Record number of hurricanes make landfall in US in 2020