The Episcopal bishop of Washington DC has said she is “outraged” after officers used teargas to clear a crowd of peaceful protesters from near the White House to make way for Donald Trump.

Minutes after speaking in the Rose Garden about the importance of “law and order” to quell the unrest over the killing of George Floyd by Minneapolis police, Trump walked across the street to St John’s Episcopal church, where every American president since James Madison has worshipped.

But not before police used teargas and force to clear the streets for Trump’s photo opportunity.

Once he arrived at St John’s, Trump held up a Bible that read “God is love”, while posing in front of the church’s sign.

Trump’s message is at odds with the values of love and tolerance espoused by the church, Budde said, before describing the president’s visit as an opportunity to use the church, and a Bible, as a “backdrop”.

“Let me be clear, the President just used a Bible, the most sacred text of the Judeo-Christian tradition, and one of the churches of my diocese, without permission, as a backdrop for a message antithetical to the teachings of Jesus,” she told CNN.

“We align ourselves with those seeking justice for the death of George Floyd and countless others. And I just can’t believe what my eyes have seen,” she added.

“I don’t want President Trump speaking for St John’s. We so dissociate ourselves from the messages of this president,” she told the Washington Post. “We hold the teachings of our sacred texts to be so, so grounding to our lives and everything we do, and it is about love of neighbor and sacrificial love and justice.”

Other religious leaders echoed her comments.

Presiding Bishop Michael Curry, Primate of the Episcopal church, accused the president of using the church and Bible for “partisan political purposes”. He added: “For the sake of George Floyd, for all who have wrongly suffered, and for the sake of us all, we need leaders to help us to be “one nation, under God, with liberty and justice for all.”

Father Edward Beck, a Catholic priest, tweeted: ‘“Has the Bible ever been used in a more disingenuous and exploitative way?”

Trump’s televised walk to St Johns comes after the president was criticized for rushing to an underground bunkernearly an hour in the bunker as protesters gathered outside the White House on Friday night. Trump spent , which is typically reserved for wartime or terrorist attacks, according to accounts by unnamed officials.

Protests have rocked the capital for days, with regular demonstrations taking place outside the White House. While largely peaceful, there have been multiple clashes between police and demonstrators, and on Sunday night several fires broke out. 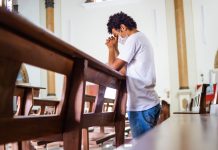 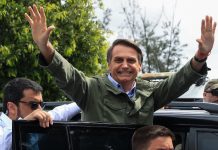 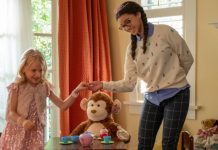 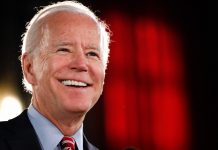 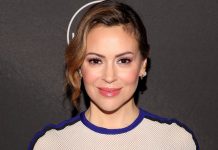