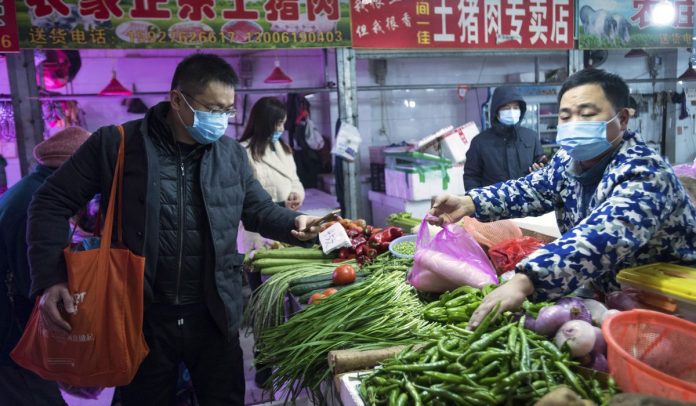 China is permitting wild animal markets to resume selling bats, believed to be the source for the deadly coronavirus now killing people across the globe, including over 2,500 Americans to date, British reporters say.

Chinese authorities in January closed down the Wuhan city “wet” market after five of its workers were among the first diagnosed with what would become COVID-19.

A number of scientists say it is likely that bats either infected other market animals or humans directly. Bats carry a variety of coronaviruses and are blamed on for the 2002 SARS coronavirus epidemic that also originated in a Chinese market.

The British Daily Mail newspaper reported on Saturday that, “Will they ever learn? Chinese markets are still selling bats and slaughtering rabbits on blood-soaked floors as Beijing celebrates ‘victory’ over coronavirus.”

The Mail said, “One source says that: ‘the markets have gone back to operating in exactly the same way as they did before coronavirus’ despite the outbreaks links to bats.”

The paper said, “Terrified dogs and cats crammed into rusty cages. Bats and scorpions offered for sale as traditional medicine. Rabbits and ducks slaughtered and skinned side by side on a stone floor covered with blood, filth, and animal remains.”

The Mail’s in-country correspondent visited a market in Guilin in southwest China. The market displayed fresh dog and cat meat, and live dogs in cages. The story carried a photo of huddled caged cats to be slaughtered.

The Mail previously has documented how the Chinese cook dogs alive, either by dumping them in boiling water or throwing them on a super-hot grill.

In another meat market, a correspondent in Dongguan in southern china photographed a medicine seller reopening for business with a billboard advertising bats.

China first discovered COVID-19 infected people in December. Washington lawmakers have accused the Chinese Communist Party of hiding the outbreak. China assured the world as late as mid-January that COVID-19 was not spread human-to-human. The World Health Organization accepted this and voted on Jan. 23 not to declare the epidemic a global health energy.

Chinese doctors knew the truth. Wuhan police threatened eight would-be physician whistleblowers in January not to spread “rumors” about the disease. One, Dr. Li Wenliang, published his police warning before he died of COVID-19 he contracted while treating patients.

Thousands of Chinese continued to arrive in the U.S. daily during December and January before President Trump restricted travel on Feb. 1.

The Washington Times reported on March 18 that, “Communist China has allowed wild animal markets to offer live bats, raccoons, civets and other species, and a series of studies shows the animals are teeming with viruses that threaten humans.”

The U.S. Center for Disease Control and Prevention published a 2006 study that said, “The data obtained so far strongly suggest that bats (horseshoe bats in particular) are most likely the reservoir host of SARS-CoV.”

Xu Jinguo, a scientist who advises the Chinese government, told ScienceMag.com he has urged Beijing to control wild animal markets.

“The virus looks like viruses isolated from bats, but how it was transmitted from bats to people is still a question,” Mr. Xu said in January. “Several groups in China have been working on bat coronaviruses for years.”

The Washington Times asked the World Health Organization in Geneva to respond to the Daily Mail story and received no immediate comment. 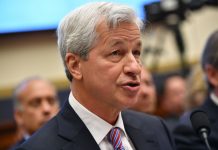