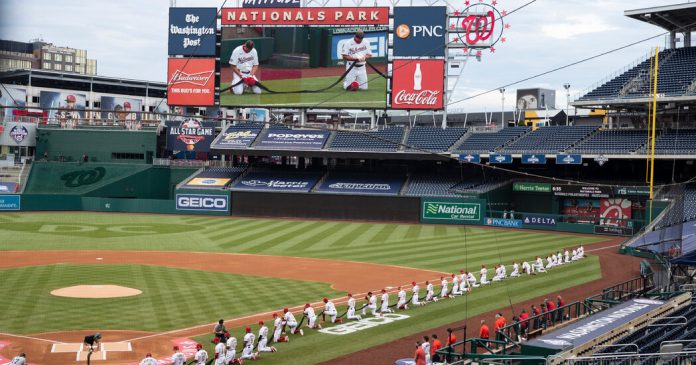 WASHINGTON — The 200-yard black cloth stretched along the foul lines, starting at one edge of the outfield, wrapping around home plate and extending to the other side of the diamond. It was held by coaches and players from both the Washington Nationals and the Yankees, all spaced out, as a message recorded by the actor Morgan Freeman played over the stadium speakers.

Then they all took a knee for 60 seconds of silence — an idea agreed upon by the Yankees in a team meeting the night before Thursday’s season opener and then shared with the Nationals. For the national anthem, both sides stood again.

This was not the N.B.A., or W.N.B.A. or N.F.L., where players have been demonstrating before and during the national anthem for years. But what happened on opening night was notable for Major League Baseball, a league that has been slow to address social issues publicly compared to many of their counterparts.

Before the recorded message and the kneeling, a Black Lives Matter video produced by the Players Alliance — a new nonprofit comprising 150 current and former Black baseball players — was played on the stadium’s screen. The video, originally released last month, featured the Yankees stars Giancarlo Stanton, Aaron Judge and Aaron Hicks, among others.

The idea for the cloth and the moment of unity came from Andrew McCutchen, a veteran outfielder for the Philadelphia Phillies, and organized by players without M.L.B.’s involvement, according to a statement. They came to M.L.B. to finalize the efforts, and similar cloths were sent to the 14 other stadiums that will host an opening game on Thursday and Friday.

In the second game of opening night, the Los Angeles Dodgers and San Francisco Giants held a similar demonstration — though the Dodgers star Mookie Betts and several Giants knelt during the anthem, too.

“This moment is important for all M.L.B. players to unite and show support for one another as we begin the 2020 baseball season,” McCutchen said in a statement. “Our league makeup is unique, with nearly one third of players being foreign-born.

“No matter where we are from we are all facing battles for social justice and equality, the concerns of keeping our families and communities safe during times of a global pandemic, and facing the same challenges with the return to baseball. This is our time to stand together as one before we take the field as competitors.”

McCutchen also thanked M.L.B. for supporting the players’ message and “extending this unfiltered platform” during the pre-game ceremonies.

In its own statement, M.L.B. said it had an “open and constructive dialogue” with the Players Alliance, individual players and the players’ union about how players could show their support for social justice and diversity causes as the league began play after a four-month delay to the season.

M.L.B. provided shirts that said “Black Lives Matter” across the front for players to wear during batting practice. (Yankees Manager Aaron Boone wore one, too.) They also gave players the option to wear a patch on their jerseys that read “Black Lives Matter” or “United for Change.” The Yankees wore both on Thursday.

Teams were allowed to put a “BLM” stencil on the mound at their home ballparks, which the Nationals and Dodgers did. The league also lifted restrictions for the season to allow players to decorate their cleats with “social justice messages and causes.”

The Boston Red Sox, who open their season on Friday, hung a 254-foot-long “Black Lives Matter” banner outside Fenway Park.

While such coordinated public gestures from brands and sports leagues have become increasingly common in recent months, the demonstrations within M.L.B. represent a stark departure from the norm for professional baseball.

As players in the N.B.A., W.N.B.A. and the N.F.L. participated in a wave of demonstrations in 2016, Adam Jones, who is Black and was playing for the Baltimore Orioles at the time, called baseball “a white man’s sport.” Until Thursday, only one M.L.B. player, Bruce Maxwell, then a rookie catcher for the Oakland Athletics, had knelt during the national anthem before a regular-season game, in 2017.

Maxwell, who played professionally in Mexico last year, has said since he did not feel supported in his decision.

Boone said the players were unified in their desire to stand for the anthem. He acknowledged that Thursday’s demonstrations were “perhaps” different from what the former San Francisco 49ers quarterback Colin Kaepernick had done; Kaepernick began kneeling in 2016 during the anthem to call attention to racial injustice and police brutality.

“I thought it was a great way of demonstrating while also being mindful and respectful of a lot of other people’s feelings on the matter,” Boone said. “It was important for our guys that they were united in what we did.”

It took nine days after George Floyd was killed while in police custody in Minneapolis in May for M.L.B. to release its first public statement, the last of the major four Northern American sports leagues to do so. Betts, the game’s most prominent Black player, said the league “did not do a good job” in its response.

But since then, M.L.B. has announced other initiatives, including donating to the N.A.A.C.P. Legal Defense and Education Fund, increasing its support of the Negro Leagues Baseball Museum and launching a new web page to fuel the conversation on social justice. Earlier this week, M.L.B.’s official Twitter account wrote messages in support of players and a manager who kneeled during the national anthem.

“M.L.B. recognizes more needs to be done,” the league said in a statement on Thursday. “M.L.B. will continue to listen to the Black community.”

During an exhibition game in Oakland, Calif., this week, Gabe Kapler of the San Francisco Giants became the first manager in M.L.B. to take a knee during the national anthem.

He was joined by two of his coaches — Antoan Richardson and Justin Viele — and three of his players — outfielders Jaylin Davis, the lone African-American player on the Giants’ 40-man roster; and Austin Slater and Mike Yastrzemski. The following day, outfielder Hunter Pence, infielder Pablo Sandoval and the rookie Mauricio Dubón did the same. Los Angeles Angels pitcher Keynan Middleton also kneeled before an exhibition game this week.

Following the initial wave of kneeling, President Trump, who said on Thursday that he would throw out the first pitch at a Yankees game in August, once again voiced his contempt for professional athletes demonstrating during the national anthem.

“Looking forward to live sports, but any time I witness a player kneeling during the National Anthem, a sign of great disrespect for our Country and our Flag, the game is over for me!,” Trump tweeted on Tuesday.

In a tweet of his own, Kapler said he did not believe it was disrespectful to exercise the right to peacefully protest. “I kneel because I’m unhappy with the injustice in our country,” Kapler wrote. 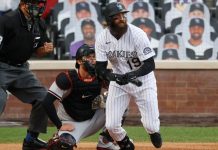 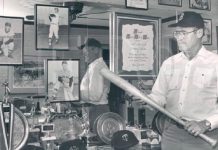 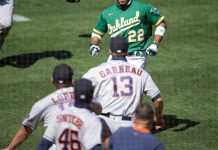 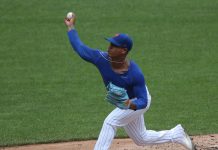 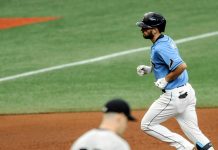 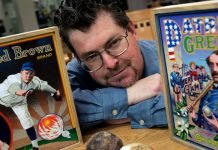 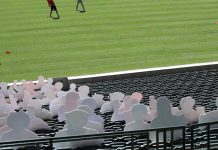 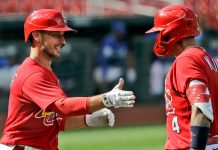 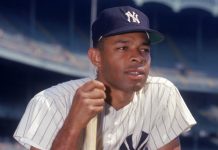 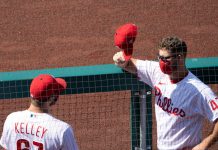 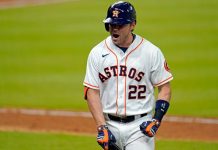