Washington latest
Washington latest > Sports > Football > Omicron symptoms: What to look out for as doctor says new variant may not fit ‘clinical picture’ of delta
Football 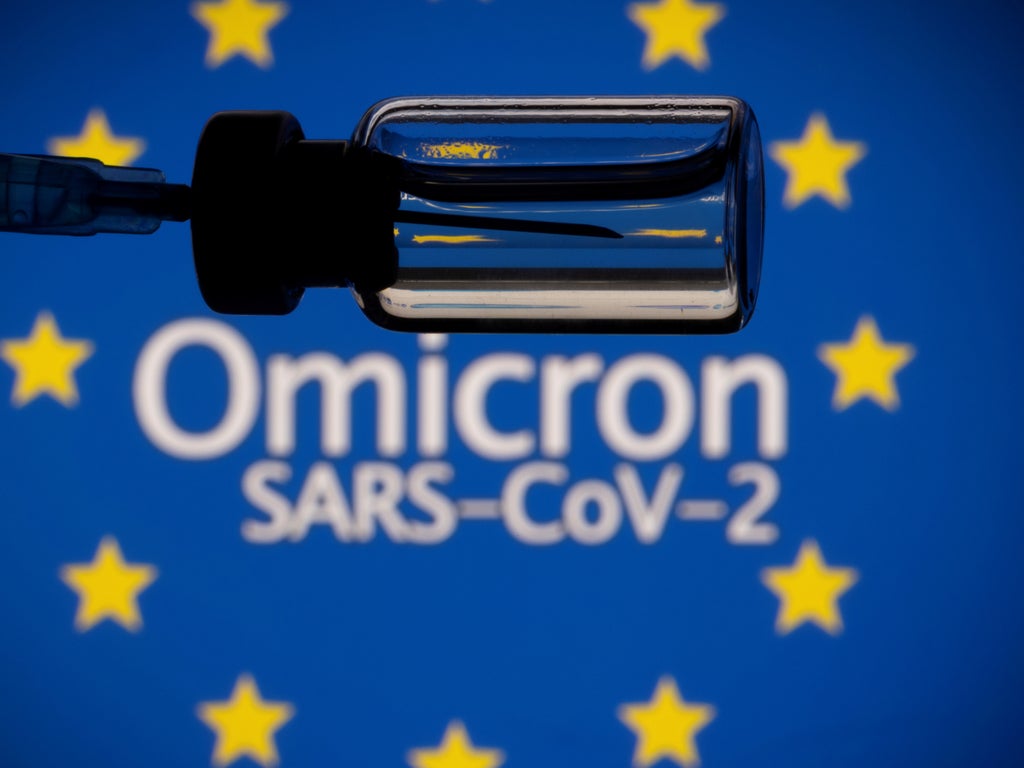 Doctors in South Africa have suggested that the symptoms of the omicron Covid variant could be milder than those caused by the globally-dominant delta variant, though the WHO warns it is still too early to draw conclusions about the fast-spreading new form of SARS.CoV.2.

Dr Angelique Coetzee, a South African doctor and chair of the South African Medical Association who was one of the first people to suspect the emergence of a different virus variant there, said she noticed seven patients at her clinic who had symptoms different from those typically seen with delta.

“What brought them to the surgery was this extreme tiredness,” she told AFP, adding that the patients had mild muscle aches, a “scratchy throat” and dry cough.

“Symptoms at that stage was very much related to normal viral infection. And because we haven’t seen Covid-19 for the past eight to 10 weeks, we decided to test,” she told Reuters.

“We have seen a lot of delta patients during the third wave. And this doesn’t fit in the clinical picture. Most of them are seeing very, very mild symptoms and none of them so far have admitted patients to surgeries,” she said.

Dr Coetzee said that unlike with delta, so far patients were not reporting loss of smell or taste and there had been no major drops in oxygen levels associated with the new variant. All the patients were eligible to be treated “conservatively” at home, she said.

According to the doctor, the variant is affecting people who are 40 or younger. Almost 50 per cent of the patients with symptoms of omicron that she treated were not vaccinated, she said.

At a briefing convened on Monday by South Africa’s Department of Health, general practitioner Dr Unben Pillay listed the symptoms that omicron patients were reporting. He said: “We are seeing patients present with dry cough, fever, night sweats and a lot of body pains. Vaccinated people tend to do much better.”

He added that there has been a “very sharp increase” in cases in the past 10 days.

“Higher transmissibility is likely. We are going to get more cases quickly, we are already seeing early evidence of this,” said epidemiologist Salim Abdool Karim at the briefing.

A report from an Indian newspaper said health authorities in Delhi had spoken to their South African counterparts about the new variant, and been told that the areas affected were witnessing a very low rate of hospitalisation linked to omicron. So far globally no deaths have been reported in relation to this new variant.

“So far, it only manifests in the form of mild disease with extreme fatigue and throat irritation being the predominant symptoms,” sources from the Indian side told the Indian Express.

Thousands of cases of omicron have been reported around the world, as 38 countries have reported cases of the variant. The UK now accounts for 150 of those, with omicron infections confirmed in Scotland, Nottingham, Essex, Westminster and Wales.

Want to keep up to date with the latest news? Sign up to our free breaking news email alerts by clicking here

On Sunday, Dr Coetzee told the BBC’s Andrew Marr Show that the UK was “panicking unnecessarily” after the first two people were found infected with the new variant in England.

“I think you already have it there in your country and you’re not knowing it, and I would say, yes, at this stage I would say definitely,” she said.

The World Health Organisation (WHO) has identified omicron as “variant of concern” but has urged caution, saying that it will take another two weeks to tell how transmissible and dangerous the variant really is.

On Friday, WHO spokesperson Christian Lindmeier repeated advice blanket travel bans, except for countries whose health systems are unable to withstand a surge in infections.

“It is much more preferred to prepare your country, your health system to possibly incoming cases because we can be pretty sure that this Omicron variant will spread around,” he said.

He added: “Let’s not get deterred right now, let us first get as much information as possible to make the correct risk assessment based on the information that we will have and then let’s move on.

“Let’s not get completely worried or confused by individual information which are all individually important, but which need to be brought together in order to assess together.”

On Sunday, the health body said in a statement: “There is currently no information to suggest that symptoms associated with omicron are different from those from other variants”.

The B.1.1.529 variant was detected and announced by South Africa’s National Institute of Communicable Diseases (NICD) on 25 November.

In the wake of the new variant’s discovery, countries across the world have tightened their border restrictions and banned air travel from South Africa. In England, mask mandates have returned on public transport and in shops in efforts to slow the spread of the virus.