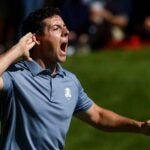 A team format would help inject into Olympic golf the kind of energy we saw from Rory McIlroy at the 2016 Ryder Cup.

Type the words “Olympic golf” into the tell-me-something new box on your computer.

On the right side of mine, a photo came up with this caption: “Joaquin Niemann of Chile writes down on paper.”

Another caption-writer might have worked the word scorecard in there, but, you know, it’s the Olympics. When the Games go to Paris in 2024, we’ll all be trotting out the phrase vive la difference.

Your first-round leader in Tokyo is Sepp Straka of AUS, as it was rendered somewhere on the World Wide Web. A bogey-free 63. Maybe you clicked on “video” and wondered why the bloke doesn’t have an Australian accent. Because he’s Austrian.

You may wonder why his English is perfect. Because he’s European, for one thing. Also because his mother is American. And because, from age 14 on, he’s lived in the United States, in Georgia. He graduated from the University of Georgia and lives in Athens, hometown of both the Bulldogs and the B-52s.

Straka is 28 and he’s good at golf. He’s played in 20 PGA Tour events this year. That’s enough proof-of-life for this reporter.

The other male Austrian golfer in the Olympics is Matthias Schwab. I know this because the Olympic leaderboard on the PGA Tour’s website conveniently puts a national flag next to each player’s name. The Austrian flag is comprised of two horizontal red stripes with a white one in between. If you’re into stark, you’ll dig this emblem.

The two male Australian golfers in this postponed 2020 Olympics, being played during a pandemic on the island nation of Japan, are Marc Leishman and Cameron Smith.

There are four American golfers playing in Tokyo: Collin Morikawa, the reigning British Open champion; Justin Thomas, who won the Players in March; Xander Schauffele, who got married with no fanfare after the U.S. Open, where he had his ninth top-10 finish in the 18 Grand Slam events in which he has played; and Patrick Reed, who has been on every U.S. Presidents Cup and Ryder Cup team since 2014. Nobody else can say that.

Reed is in Tokyo because Bryson DeChambeau tested positive for Covid-19 and the two players ranked ahead of Reed on the reserve list, Patrick Cantlay and Brooks Koepka, opted out. There are four Americans in the field because — well, there’s a rule that covers that. The Olympic rule book is thicker than the collected volumes of the World Book Encyclopedia. The Kremlin has nothing on the IOC when it comes to rules. Kasumigaseki Country Club, the host site, has its own strict code for members, around apparel.

Along those lines, it was interesting to see Rory McIlroy, representing Ireland, playing golf in the heat of the Japan summer with a Marine haircut and no hat. At the Olympics, the players can’t rent out their foreheads.

But other than that, the golf from Tokyo looks absurdly similar to many other small-field overseas events featuring good golfers in long pants on soft courses with no fans and no buzz. The difference in Tokyo, of course, is that the players are representing their countries and playing for Olympic metal.

My colleague Dylan Dethier wrote a piece on Wednesday imagining various fixes to the Olympic format, which is the oh-so-familiar 72 holes of stroke play over four days, the men first, followed by the women.

“The best thing you could say about golf’s current Olympic format is that it’s fine,” Dylan wrote. “It’s inoffensive.” The IOC’s stock-in-trade is inoffensive.

Stefan Schauffele, Xander’s father, told The New York Times recently that Olympic golf “is not a fifth major, but it is as important as a major.” In Stefan’s words is the root problem of Olympic golf, both in 2016 in Rio de Janeiro and this year in Tokyo. Olympic golf takes its lead from golf’s majors. A better model would be golf’s greatest international play-for-pride event, the Ryder Cup.

Olympic golf would do better to takes its cues not from Olympic tennis or weightlifting or boxing, but from Olympic basketball, Olympic water polo, Olympic volleyball. Sports in which the individual is subjugated in the name of team. Every week on Tour, no matter how often Jordan Spieth uses the word we, it’s really about me, me, me. That’s professional golf’s greatness and its weakness. The greatness of the Ryder Cup, of course, is that it is about team.

On that basis, Team Austria shot a first-round 61 in Tokyo. Try writing that down, on your piece of paper.

The Paris Games will be here before you know it, but I don’t know if three years is enough time for the IOC.

Michael Bamberger writes for GOLF Magazine and GOLF.com. Before that, he spent nearly 23 years as senior writer for Sports Illustrated. After college, he worked as a newspaper reporter, first for the (Martha’s) Vineyard Gazette, later for The Philadelphia Inquirer. He has written a variety of books about golf and other subjects, the most recent of which is The Second Life of Tiger Woods. His magazine work has been featured in multiple editions of The Best American Sports Writing. He holds a U.S. patent on The E-Club, a utility golf club. In 2016, he was given the Donald Ross Award by the American Society of Golf Course Architects, the organization’s highest honor. 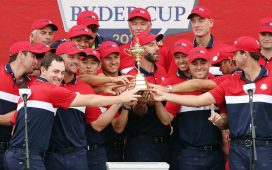 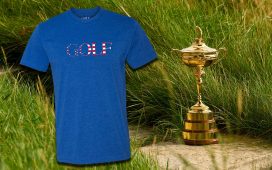 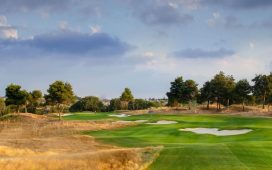 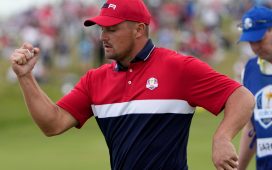 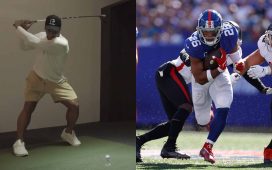 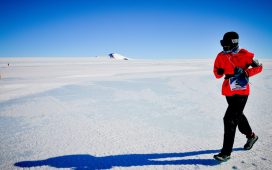 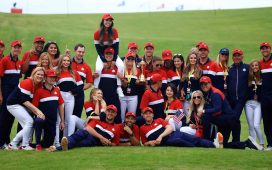 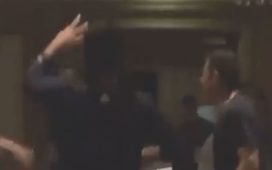 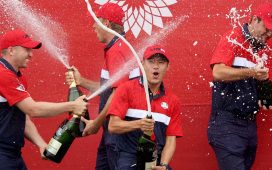