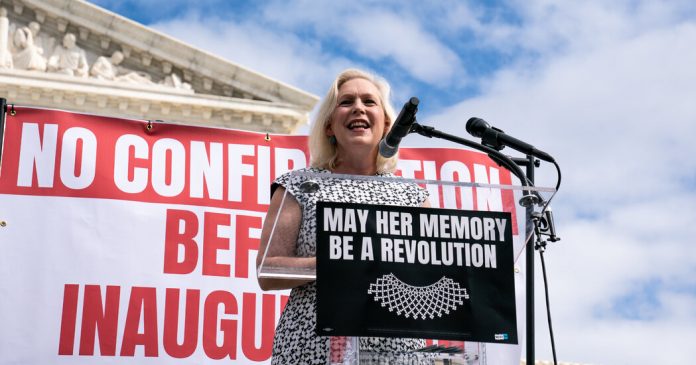 WASHINGTON — Over nearly a decade, Senator Kirsten Gillibrand has painstakingly cobbled together a bipartisan Senate majority for legislation that would overhaul the way the military handles sexual assault and other serious crimes, a shift that many experts say is long overdue.

Ms. Gillibrand, Democrat of New York, has won backing from President Biden — something President Barack Obama never openly gave — and numerous colleagues who voted against the bill the last time it came to the floor, a rare turn of events in a deeply divided body.

But now she is running up against a final hurdle: opposition from the leaders of her chamber’s Armed Services Committee, Senators Jack Reed, Democrat of Rhode Island, and James M. Inhofe, Republican of Oklahoma. Hardly a political sweater set, the two men, both Army veterans who arrived in the Senate in the mid-1990s, nonetheless often coordinate like one on military matters.

Mr. Reed, 71, and Mr. Inhofe, 86, have combined to push back against Ms. Gillibrand’s legislation and delay any move toward a swift vote, a stance that many of the bill’s backers say shows far more deference to military commanders and committee protocols than justified given the decades of failure in protecting victims in the armed forces. Ms. Gillibrand’s bill would cut out the military chain of command from decisions over prosecutions of service members for sexual assault, as well as many other serious crimes, which would be a sea change for the military justice system.

“This is a remarkable moment for an extraordinarily important cause,” Senator Richard Blumenthal, Democrat of Connecticut and a longstanding supporter of the change, said in an interview last week. Getting the legislation past Mr. Reed and Mr. Inhofe, he said, was “part of this mosaic.”

The landscape is emblematic of a growing bipartisan discontent in Congress with military leaders on a number of fronts, and in tandem, with old-line congressional deference to commanders on policy.

The conflict played out over several days last week on the Senate floor as Ms. Gillibrand — flanked by the two conservative Republican senators from Iowa, Charles E. Grassley and Joni Ernst, and Mr. Blumenthal — made a highly unusual procedural attempt to get her bill a vote by the full Senate, bypassing the Armed Services Committee. Ms. Gillibrand and many of her supporters fear that by keeping the bill in the committee, where it will be included in the debate over the annual defense bill, it will end up either never receiving a vote or falling prey to a last-minute excision, as similar measures have in the past.

“The committee has failed survivors over the last 10 years,” Ms. Gillibrand said on the floor. “And I do not think it is in their purview to make this ultimate decision.”

Mr. Reed, balking at a remarkable rebuke from a committee member of his own party, moved with Mr. Inhofe to stop senators from trying to advance the bill outside of the committee, where it can be amended to his liking.

“I commit to ensuring that every idea and amendment brought by our committee members is given due consideration,” Mr. Reed said. He has said he finds Ms. Gillibrand’s bill too broad and overreaching.

To many backers of the legislation, the reluctance being displayed toward it in varying degrees by Mr. Reed and Mr. Inhofe threatens the will of the majority of the Senate, which has grown weary of inaction by military leaders to lower the number of assaults and provide victims a fairer way to seek justice.

“His heart is in the right place,” Mr. Blumenthal said of Mr. Reed. But by narrowing the scope of the legislation, he said, “We’ll be right back to baby steps that failed to address the real problem.”

Ms. Gillibrand was more blunt. “They are both against my bill, and they would like to kill it in committee,” she said in an interview on Friday. “They have such a deep respect for the chain of command that they are often overly deferential to it.”

If it could get to the Senate floor, Ms. Gillibrand’s bill would easily clear the 60-vote filibuster threshold that stymies many other pieces of legislation. She has 65 other senators who have signed on — including many who voted against the same bill in 2014, arguing it would undermine commanders — and at least five more have pledged support.

But Mr. Inhofe remains opposed to removing the military’s chain of command from the prosecutions of service members for sexual assaults.

“Those of us in the military have very strong feelings about the role of the commander,” he said, referring to his past life as a private first class. In an email later, he added, “Unfortunately, this bill frankly has a lot of other deficiencies that will make it difficult and time-consuming to implement, which will create an unstable justice system, even creating the potential that convictions made during this transition could be overturned.”

Mr. Reed has said he is now open to changes in the way sexual assault is adjudicated — after years of resisting any such move — but does not want other crimes included in the bill.

He prefers the suggestions of a panel appointed by Defense Secretary Lloyd J. Austin III, who made addressing this issue among his first priorities. That commission has yet to release its final recommendations, but has signaled that independent military lawyers reporting to a special victims prosecutor should take over the role that commanders currently play in deciding whether to court-martial those accused of sexual assault, sexual harassment or domestic violence.

“I think that I support the efforts to move sexually related crimes,” Mr. Reed said in an interview last week. “I think that it’s important to have a very robust and vigorous debate on the other provisions,” he added, “which are just general products and not related to sexual content.” (Proponents of Ms. Gillibrand’s proposal argue that anyone in the military accused of major crimes should be tried by a trained military prosecutor outside of the immediate chain of command of the accused or the accuser.)

Mr. Austin has given all of the service secretaries a few weeks to read over the commission’s recommendations. According to people who were briefed on their responses but were unauthorized to discuss them publicly, Army and Marine leaders have balked while some Air Force and Navy brass have been more open to considering at least some version of the proposed changes.

Many senators who opposed Ms. Gillibrand’s bill in 2014 have changed their minds since then, citing the lack of progress in addressing sexual assault and harassment in the military, underscored by a case last year in which an Army specialist was killed by another soldier at Fort Hood in Texas, according to law enforcement officials. Her family and some investigators said she had been sexually harassed at the base.

In 2014, many lawmakers in both parties yielded to generals and admirals who opposed such changes, but most are far less patient with their arguments now. Not so Mr. Reed.

“We’re waiting for some input from the Department of Defense to make sure that we do all we can to enhance prevention, and to provide a command climate that is supportive of all these efforts,” he said.

No one actually believed that Ms. Gillibrand and her allies would succeed in getting a fast vote for her bill. Her moves on the floor were clearly intended to draw attention to Mr. Reed’s and Mr. Inhofe’s objections.

However, while Mr. Reed favors debating the legislation as part of the annual defense policy bill, where even many of its supporters agree it would most naturally fit, Ms. Gillibrand and Ms. Ernst have reasons to be wary of the process. They have looked for another route, like putting it on the Senate floor as a stand-alone measure without a committee vote, which happens occasionally.

A far smaller measure — a pilot program for the service academies that would have mirrored Ms. Gillibrand’s efforts — was stripped out of the bill last year before a final vote. In 2019, another measure that would have protected sexual assault survivors from being charged with so-called collateral crimes was gutted in the same way.

Any move to push the bill to the floor without Mr. Reed’s blessing could create a headache for Senator Chuck Schumer, Democrat of New York and the majority leader. He would then have to choose between kneecapping a chairman of his own party and defying the junior senator from his own state, whose bill he supports.

In the meantime, Mr. Reed and Mr. Inhofe have been emphasizing the breadth of the bill, hoping to draw attention to that as a potential problem.

“That’s something I want to talk to Kirsten about,” said Senator Angus King, independent of Maine, who once rejected the legislation but has since expressed support. “And see why she needs so wide a scope.”

Mr. Grassley, who has been a committee chairman himself many times over his decades in the Senate, is among those bucking Mr. Reed and Mr. Inhofe.

“We have been waiting almost a decade,” he said. “There is no need to wait any longer. I urge my colleagues to show unanimous support for protecting our men and women in military and allow this bill to pass.” 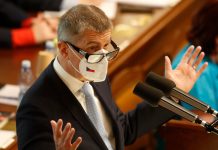 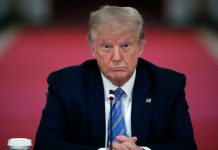 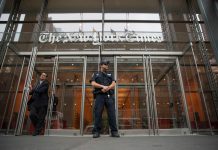 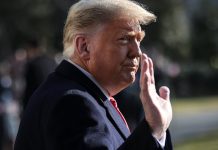 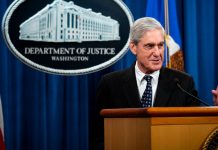 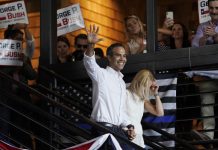