Novak Djokovic could be set to land himself in even more trouble over the coming days after Spain’s government ordered a police investigation into whether he illegally entered the country last month, according to reports. The Serb is currently embroiled in the midst of a controversial bid to compete at this year’s Australian Open amid the ongoing uncertainty regarding his participation in the tournament, which is set to get underway next week.

Djokovic was initially detained shortly after his arrival in Australia after seeing his visa revoked over the vaccine exemption that would have allowed him to enter the country.

However, the decision was quickly overturned by a judge, who ordered the player’s release at a court hearing on Monday.

There is still a chance that further action could be taken, though, with Australia’s immigration minister Alex Hawke retaining the power to cancel Djokovic’s visa for a second time.

It emerged shortly after the hearing that Djokovic broke isolation rules in Serbia by meeting a journalist after testing positive for COVID-19 the previous day.

He also admitted to making a mistake on his Australian entry form, with his team wrongly answering the question of whether he had travelled elsewhere before attempting to gain admittance into the country.

JUST IN: Raducanu ‘doesn’t have respect’ of tennis stars before Australian Open

It seems as though Djokovic could now be facing additional sanctions from Spain in another unpredictable twist to the saga that has entirely overshadowed the build-up to this year’s Australian Open.

The Spanish government is currently investigating the suggestion that he did not follow the correct procedures in order to get into the country, according to Cadena COPE.

It is understood that Djokovic travelled over to train at the SotoTennis Academy in Andalusia before flying to Australia in preparation for the first Grand Slam of the new year.

There are said to be questions over whether the world No 1, who is unvaccinated against COVID-19, acted legally in gaining entry to Spain after failing to acquire special dispensation to make the trip.

Serbian citizens are required to show proof of vaccination or provide authorities with a valid exemption certificate in order to enter the country.

However, Djokovic is said not to have requested any special permission from either the Spanish Embassy in Belgrade or the Ministry of Foreign Affairs.

It remains to be seen whether the 34-year-old will successfully dodge the threat of additional sanctions as he continues to step up his training regime ahead of the Australian Open.

Meanwhile, world No 40 Marton Fucsovics recently claimed that many of Djokovic’s fellow competitors believe that he should not be allowed to play at the tournament.

“Djokovic is the greatest tennis player in the sport, winning everything,” Fucsovics told M4Sport earlier this week.

“He has won nine times here in Melbourne as well, so he deserves to be here and start. However, we must not go beyond what is happening in the world now.

“People’s health is paramount, and there are rules that were outlined months ago, namely that everyone should vaccinate themselves, and Djokovic didn’t.

“From this point of view, I don’t think he has the right to be here.” Australian Open To Allow "Where Is Peng Shuai?" Shirts After Backlash 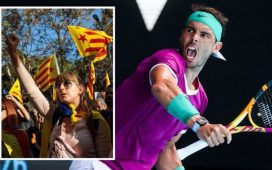 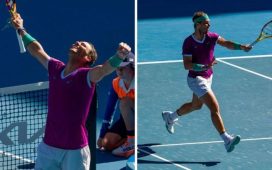 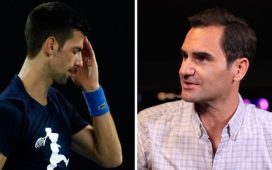 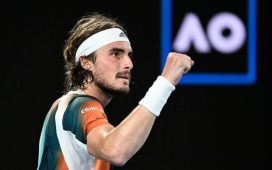