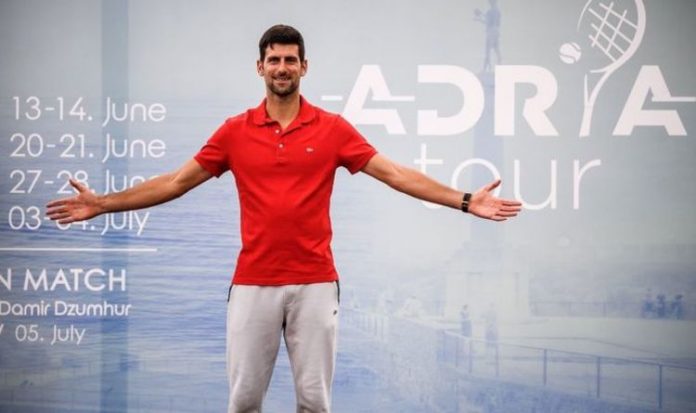 Novak Djokovic has revealed he has been able to continue practising throughout the self-isolation period and opted to say anything to not ‘infuriate other players’.

Djokovic has been in Marbella, Spain since March when the country went into strict lockdown.

This month the Spanish government has begun to lift its restrictions thus enabling athletes to resume training in their respective sports.

Djokovic was found to have inadvertently broken the regulations after posting a video of himself practising at the resort he has been staying at with his family.

However, the Spanish Tennis Federation had not relaxed its rules by that point and the hotel issued an apology to the world No 1.

Since then Djokovic has been able to restart training and he has now flown back to Serbia where he announced the launch of the Adria Tour.

The exhibition which will take place on a series of dates in the Balkans will see the likes of Djokovic, Alexander Zverev, Dominic Thiem and Grigor Dimitrov participate and raise money for humanitarian projects.

Speaking in a packed press conference, Djokovic was asked how he has been coping without tennis and keeping fit.

And the Serbian star revealed his residence in Marbella had a tennis court which he used daily.

He said: “Unlike many other players, I was able to train almost every day because we resided in a house with a tennis court.

“I refrained from posting clips on social networks because I didn’t want to infuriate other players.

“I am fit and in good shape, so I am looking forward to the Adria Tour, which I am organising.

“I am delighted that Dominic Thiem, Grigor Dimitrov and Alexander Zverev will be my guests here in my hometown.

“This is the first time any of them will be playing here and I will do everything in my power to be a good host.

“We would dearly love for fans to be able to attend but that’s still not certain because we have to abide by the Serbian governments coronavirus regulations.”

The format of the Adria Tour will see eight players, competing in two groups of four on a round-robin basis with the winners of each pool advancing to the final.

The first leg will take place in Belgrade on June 13 and 14 at Djokovic’s complex and the second in Zadar, Croatia on June 20 and 21. 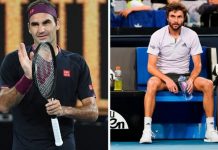 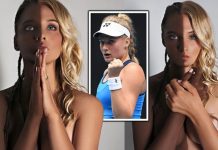 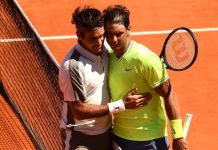 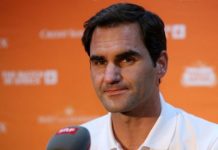 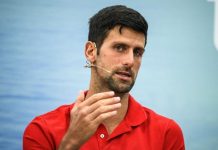 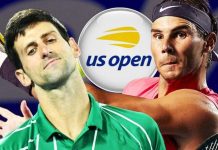 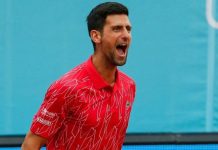