Novak Djokovic has received a show of support via protests at the US Open after the 35-year-old withdrew from the tournament due to an inability to enter the USA. Fans held out hope that the unvaccinated 21-time Grand Slam champion would be granted a rare exemption to play with pressure amped up on President Joe Biden, but the Serb confirmed the decision last week.

Djokovic’s reluctance to be vaccinated against Covid has been unwavering, despite the global drama that unfolded when he arrived in Melbourne to try and compete at the Australian Open earlier this year. The veteran is evidently keen to avoid any such rollercoaster this time around as his position was made clear ahead of time.

“Sadly, I will not be able to travel to [New York] this time for the US Open,” he wrote on Twitter. “Thank you for your messages of love and support. Good luck to my fellow players! I’ll keep in good shape and positive spirit and wait for an opportunity to compete again. See you soon tennis world!”

President Biden was put under pressure from hoards of Djokovic fans and a cluster of American politicians, who feel that the vaccine requirements to enter the country are ill-judged.

A group of protestors made their feelings known outside the US Open courts in New York on Monday. One man was filmed with a microphone rallying the crowd and shouting: “It makes no sense! Stand with Novak! Why are we still closed? Why is the US still closed? Where is Novak?”

Djokovic has prevailed three times at the US Open in his glittering career, with the most recent win coming in 2018. His absence at Flushing Meadows will give Rafael Nadal the opportunity to pull clear in the all-time Grand Slam charts with the Spaniard already one up on 22.

Day one of US Open action, during which the Djokovic protests took place, saw 10th seed Taylor Fritz surprisingly beaten by compatriot Brandon Holt while young British hopeful Jack Draper overcame Emil Ruusuvuori in straight sets. There was time for another surprising result as fourth seed Stefanos Tsitsipas fell at the first hurdle with a four-sets defeat to Daniel Galan.

Nick Kyrgios played what he called ‘one of the most uncomfortable matches of his career’ against doubles partner and good friend Thanasi Kokkinakis, winning 6-3 6-4 7-6. The Aussie, who lost to Djokovic in the Wimbledon final last month and has a budding ‘bromance‘ with the Serb, claims that he can’t wait for the US Open to finish so that he can return to Australia.

“A big part of me just wants the US Open to be over so I can go home,” he said. “It’s just another tennis match to me. Whether I win or lose, it’s always gonna be the same for me: I get to go home, it’s a win-win. For me, if I win, it’s more money and another great result. And if I lose, I get to go home.

“It’s brutal not being able to have the normality of your own bed or your own family for so long and then you have to deal with all this. The media, the fans, the training, the matches, the pressure, especially on my spectrum as well – it’s not normal.” 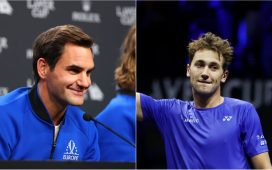 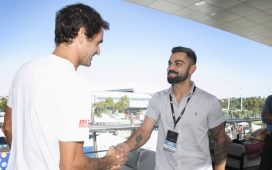 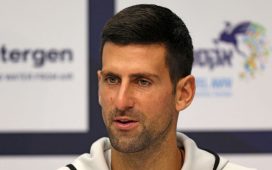 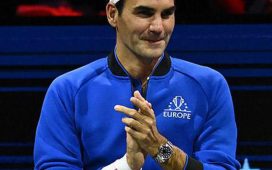 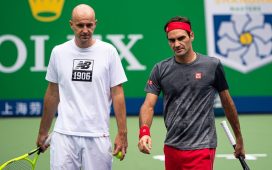 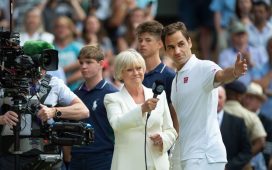