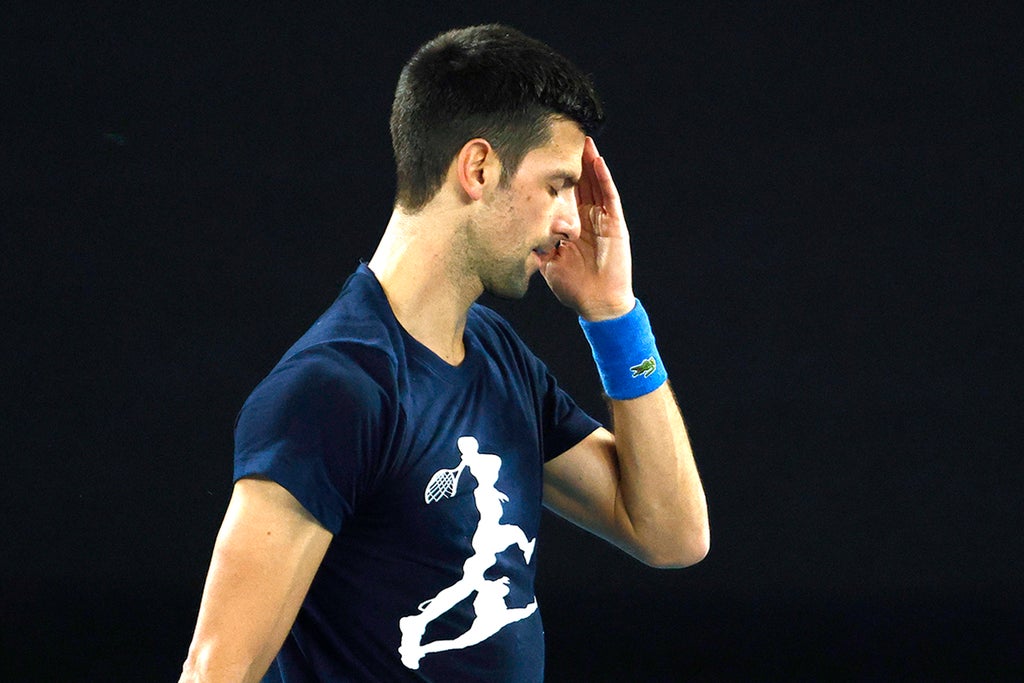 Novak Djokovic has launched another appeal after his visa was quashed on Friday by Australia’s immigration minister Alex Hawke. The men’s world No1, who is unvaccinated but has claimed an exemption from Australia’s strict rules on visitors being vaccinated against Covid-19 due to having already had a bout of the disease, faces a race against time to have his visa reinstated with his first match of the Australian Open scheduled for Monday evening.

On Friday, Hawke announced that he had cancelled Djokovic’s visa on “health and good order grounds”. Djokovic’s legal team immediately fought the decision and the case will now go to a federal court over the weekend, with Djokovic’s lawyers pushing hard for a final decision on Sunday before he begins his bid for an historic 21st Grand Slam. The 34-year-old Serbian has been summoned to a meeting with border authorities on Saturday morning, and could then be detained in a state hotel while the case is heard.

Pressure has been building all week after Djokovic broke his silence over a number of accusations of breaking Covid protocol on Wednesday, and he conceded that he broke isolation and conducted an interview with French newspaper L’Equipe despite knowing that he was positive for the virus, such a transgression could result in up to five years in prison if proven that he lied about his positive test.

Follow all the latest news below as Djokovic fights deportation once more.

A document showing that Novak Djokovic tested positive for Covid on 16 December is valid, a Serbian health ministry official said on Friday.

“After the documentation appeared on social networks we analyzed the document, and the document is absolutely valid,” said Zoran Gojkovic, a member of the Crisis Staff team working on fighting Covid-19 in the country.

He said there was no legal penalty for those who break quarantine rules in Serbia, referring to Djokovic’s interview with French newspaper L’Equipe.

“I defend his free will not to get vaccinated,” Gojkovic said.

Why does Djokovic oppose the vaccine?

Djokovic has made a few controversial statements about vaccines over the past few years and admitted he does not have the Covid vaccine when he entered Australia.

Our reporter Tom Kershaw has written about how Djokovic has articulated his beliefs and what they are.

He wrote: “He is adamant that he can find “basic ways to survive” by tapping into the strength of his own body, be it when fighting a virus or an injury, without needing to resort to outside intervention.

“Sometimes, that belief has elicited comic moments, such as when Djokovic teamed up with Pepe Imaz, a coach-cum-spiritual guide, whose techniques included the power of extremely long hugs. Around that same time, Djokovic began extolling the virtues of telekinesis and telepathy and referred to “gifts from a higher order, the source, the god, whatever, that allows us to understand the higher power and higher order in ourselves”.

Talking points: Is it all about Djokovic?

Djokovic is the main talking point heading into this year’s Australian Open, will the defending champion have the chance to compete or will he be deported? That is a matter for the courts with a decision thought to be coming on Sunday after a hearing.

But that isn’t the only situation at play ahead of the first slam of the year.

Emma Raducanu, reigning US Open champion, will play in her first slam since and will look to continue her success on the world stage. Meanwhile, Andy Murray was handed a wildcard for the event and has had a winning start to his time in Australia.

He is through to the ATP final for the first time in three years and so he is one to watch at the event.

There are many things to keep on top of before the Open begins on Monday, have a read of the talking points:

Andy Murray’s time in Australia has been great so far and he added to his winning start as he defeated Reilly Opelka 6-7 6-4 6-4 on Monday.

In the presser after the match, the Scottish star re-iterated his point that the visa situation isn’t good for anyone.

“It’s unfortunate that it’s ended up in this sort of situation, and who knows? I don’t know what the process is from now. I don’t know what route he goes down, if he can appeal that and how long that takes, and can he still be out practising whilst that process is going on or still competing in the tournament?

“I just want it obviously to get resolved. I think it could be good for everyone if that was the case. It just seems like it’s dragged on for quite a long time now and it’s not great for tennis, not great for the Australian Open, not great for Novak.

“Obviously a lot of people have criticised the government here, as well. It’s not been good.”

What has happened so far?

Djokovic’s visa has been cancelled for a second time just ten days after he arrived in Australia.

The first cancellation saw Djokovic win an appeal. However, immigration minister Alex Hawke has cancelled it again on “health and good order grounds” and it has been welcomed by prime minister Scott Morrison.

Djokovic’s representatives have submitted an injunction to block his deportation and Judge Kelly has ruled the government cannot take any action in removing Djokovic until proceedings have finished.

Those proceedings will now take place at the Federal Court of Australia on Sunday, just a day before the Australian Open. Here’s a timeline of what has happened so far:

Djokovic’s case was heard at a directions hearing earlier today and the player’s lawyers asked for proceedings to be accelerated in order to be done in time for the Australian Open.

These were granted with Djokovic’s team submitting an injunction on Friday rather than Saturday as Judge Kelly first proposed.

But journalist Ben Rothenberg has questioned whether the courts should be taking the timing of the Australian Open into this case. Djokovic will be pleased with the faster actions as he wants to compete in the event on Monday.

But with the case moved to the Federal Court of Australia, the case could potentially be delayed.

What’s coming up in the next few hours?

After the hearing today we know the star will be detained over the weekend and a hearing will proceed on Sunday.

We also know he has another interview with immigration issues Saturday morning at 8am AEDT.

But what happens at those events and what could the outcomes be? Here’s a look at what lies ahead for the world no. 1:

The hearing on Saturday morning at 10.15am AEDT will be a directions hearing like the one that took place earlier today.

This time is will be heard in the Federal Court of Australia before another hearing on Sunday which it thought to decide the case.

That will give Djokovic just 24 hours to prepare for his opening match of the Australian Open, if he wins the case.

Nemanja Starovic, a senior official in the foreign ministry of Serbia, has said Djokovic is being “treated like a criminal” in Australia.

Djokovic has his visa cancelled for a second time with the case now being moved to the Federal Court of Australia.

Starovic told BBC: “We have seen other tennis players who didn’t respect their mandatory isolation but they haven’t received the same treatment as Novak.”

He added Serbia are asking Australia not to hold Djokovic in a detainment centre again despite it being agreed amongst both parties in a hearing earlier today.

He said: “He doesn’t deserve that. He’s not an illegal migrant. Relations between our two countries have always been friendly and public opinion about Australia was always strong here in Serbia.

“Unfortunately he was treated like a criminal, so this could potentially damaged the relations between two countries.”

Djokovic is stealing most headlines at the moment but Emma Raducanu is at the first slam sine her US Open win.

Our reporter Tom Kershaw has written about the pressure she is facing, writing: “Raducanu might have already scaled the mountain, but those players still feel like forbidding giants in front of her.

“What is a realistic goal – if such a thing can even be applied anymore? Raducanu’s opening match, against America’s Sloane Stephens, is an unforgiving test in which victory alone would qualify as a considerable marker. It’s a daunting task that raises some intriguing parallels too. Few had expected an unseeded Stephens to clinch glory at the US Open in 2017 and, amid the swirl of attention and unwanted comparisons to Serena Williams, she failed to win a single match for the remainder of the season.

“By the time she was knocked out in the first round at the Australian Open the following year, her losing streak had extended to eight matches. “Just relax, everybody. It’ll be OK, don’t worry,” she said with a smile and a laugh to a roomful of solemn reporters afterwards. Sure enough, at the French Open a few months later, she reached the final.” 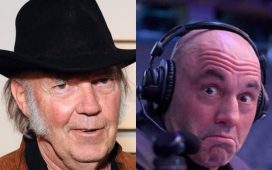 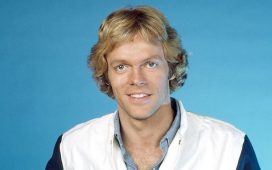 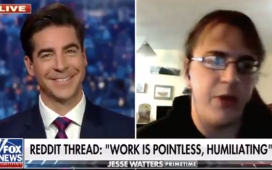 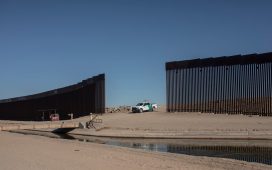 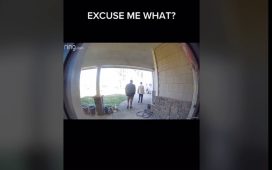