Something was wrong. The machine was malfunctioning. The power was blinking on and off. Routine backhands were dropping into the net. Forehands were flying long. On Amazon, which was hosting UK television coverage of the US Open men’s final, users were already beginning to voice their disapproval in the reviews. “Awful quality,” noted one. “Glitches throughout, not good enough service.” “Very disappointing quality coverage.” They weren’t talking about Novak Djokovic, but they might as well have been.

Of course, over the years we have all glimpsed Djokovic in various states of disrepair, and most of the time we think we know how it turns out. The machine reboots, re-initialises, rights itself. Debilitating injuries heal themselves in minutes. A racquet gets wrecked, and the spare he pulls out of his bag turns out to be made of plutonium. Lost sets are avenged with a kind of industrial fury. We have learned that Djokovic’s moments of greatest vulnerability are merely the recoil, the pregnant silence that precedes an orchestral crash.

It was the changeover after the ninth game of the third set. The tears came quickly, and all at once. Djokovic’s bottom lip quivered, exposing a mouth full of wet, gnashing teeth. Instinctively he buried his face in a towel, which began to convulse in time with his anguish. They were tears of sadness and happiness and perhaps even bewilderment; because even though he was two sets down and his opponent Daniil Medvedev was about to serve for the match, the New York crowd was cheering him on as if he were one of their own.

Djokovic’s defeat against Medvedev in straight sets was seminal and momentous and memorable in all sorts of ways: the sublime hitting of Medvedev as he bludgeoned his way to a first Grand Slam title, the crushing failure of Djokovic to complete a clean sweep of all four major titles in a calendar year. You could even interpret it – prematurely, for my money – as evidence of a tectonic shift in men’s tennis, the moment at which the new order finally began to topple the old.

Perhaps we underestimate, on a basic human level, how exhausting this must be. Djokovic is nobody’s idea of a paragon. He’s made some iffy comments about vaccines and equal pay in tennis. He organised a tennis tournament at the height of the pandemic that ended up giving a lot of people coronavirus. He’s staked a weird amount of personal capital on Justin Gimelstob, the ATP board member sentenced to probation in 2019 for allegedly assaulting a man in front of his wife and children.

But people disliked Djokovic long before any of this happened. And so over time a strangely antagonistic dynamic emerged between Djokovic and the crowd: he played well, they didn’t like it, and so he played even better, and they liked it even less. It felt spiky and a little mean-spirited, and it probably was. But the dialectic was the key element here: the sense that even as fans booed and whistled, they were in some way galvanising him, fuelling him, making him stronger.

Djokovic as a cartoon villain, meanwhile, just made eminent sense. Here was a man who spent his downtime chilling in hyperbaric chambers, who gave up gluten long before the Sainsbury’s Free From range made it fashionable, whose curiously erect hair made him look like the third Miliband brother, the one who secretly wanted to privatise everything. And this was before we even touched on his tennis: an elaborate, energy-efficient assembly of springs and pistons and advanced machine learning, a game that quickly located its opponent’s weakest spot and twanged it mercilessly, a game of all consonants and no vowels.

Now as he sat in his chair, fighting back the tears, we learned that beneath the shell of the machine was a man of flesh and blood and pain like everyone else. Perhaps this should not have surprised us. Probably we shouldn’t have to see a man cry to verify him as a member of the human race. But then, maybe that’s just the price you pay for being as inhumanly good a tennis player as Djokovic is. Maybe all Djokovic had to do to win us over was lose.

Where we go from here, of course, is anyone’s guess. It feels like ancient history now, but even Federer and Nadal (and Andy Murray, of course) went through stages early in their career when they too seemed impregnable, impenetrable, even a little cold. Perhaps with Djokovic the thawing process has simply taken far longer, and as he enters the final stretch the old antagonisms will feel less and less relevant.

Certainly this final felt like a turning point of sorts: a pause in hostilities, perhaps even a burying of the hatchet. “My heart is filled with joy and I’m the happiest man alive,” Djokovic said after the match, paying tribute to the crowd. He had just lost a devastating final. His tilt at immortality had come crashing down at the last. And yet it was hard to shake the suspicion that on some level, he finally had what he had always wanted. 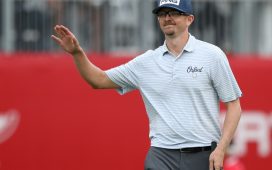 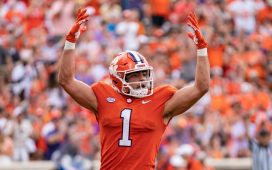 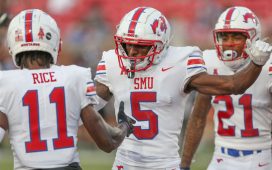 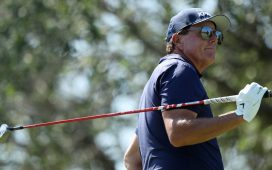