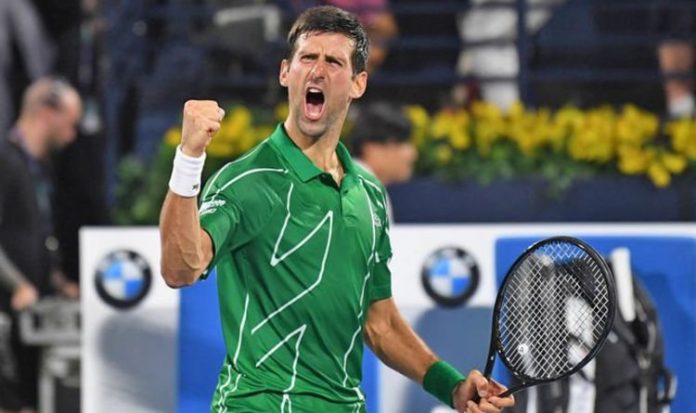 Novak Djokovic admits he was feeling grateful to win the Dubai Championships after fighting back from the brink of defeat in the semi-finals. On Friday, Djokovic was forced to save three match points against Gael Monfils before hitting back to reach the final.

And against Stefanos Tsitsipas, Djokovic was just too strong in all departments as he completed a 6-3 6-4 win.

It was Djokovic’s 21st consecutive win, dating back to the Davis Cup last November.

And it is his third title of the year following success at the ATP Cup and Australian Open.

After the match, Djokovic hailed a ‘fantastic’ week in Dubai, where he has now become a five-time winner.

He said: “It was a great week. Today against Stefanos it’s never easy, he’s one of the best players in the world and has been on a great run.

“I was fortunate to hold my serve at the beginning of the match. It was really close. One break of serve decided that first set.

“The same scenario happened in the second set as well. It was very close even though it was a straight-set win. It’s been a fantastic week in Dubai.

“Yesterday I was one shot away from losing the match, three match points down. It could [have] easily happened that I’m not here fighting for the trophy today. This is sport, things can turn around very quickly.

“For sure, I would love to see myself holding that trophy. Of course, he gave more than me and he deserves it.”