As the crowd cheered Djokovic on, the 34-year-old could be seen crying at the final changeover before the Russian was able to quickly recover, steadying his nerves to close out the match when he served once again at 5-4, and dropping to the floor in a unique FIFA-inspired celebration.

The world No 1, who had sobbed under a towel while sat on his bench, continued to cry during the trophy ceremony, fighting back the tears as he congratulated Medvedev and thanked the crowd during his runner-up speech.

He later revealed the real reason he cried was nothing to do with failing to make history, but rather thanks to the overwhelming support he received inside Arthur Ashe Stadium.

The 20-time Grand Slam champion is notoriously lesser-loved than his rivals Federer and Nadal, and has even found himself being booed and heckled by crowds in the past, especially when facing one of his fellow Big Three members. 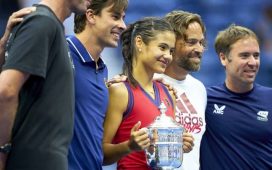 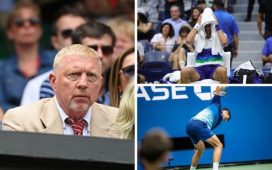 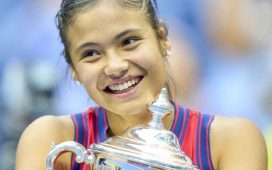 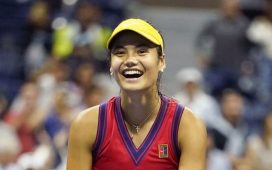 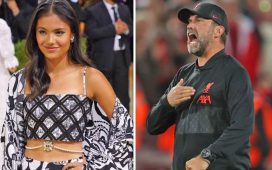