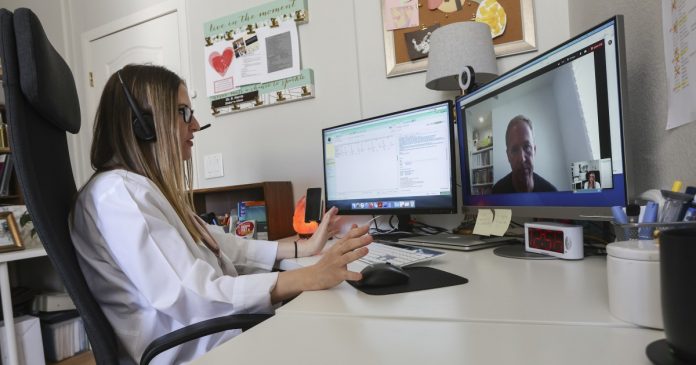 Open a laptop. Pull up a chair. Talk to your doctor from the comfort of your home.

For years, telemedicine has been billed as the next big thing. It’s still mostly a niche nationally — but maybe not for long. The pandemic is proving that things can change in a snap.

It happened, to a large extent, because Scripps made it easy to do the visits on smartphones, perhaps the most ubiquitous device of modern life.

COVID-19 vaccines have arrived with stunning speed. But they are just part of a badly needed wave of innovation sparked by the pandemic. Scientists are hustling to find better ways to spot, track and stop the virus — research that’s expected to be broadly applied in medicine, helping to fight everything from heart disease to diabetes to depression.

It’s a digital uprising that could eventually deliver the sensors, apps and algorithms that are needed to detect health threats long before a person suspects something is wrong.

The need is immediate.

The new vaccines prevent most people from getting seriously ill. But scientists say they probably do not provide permanent immunity. They also say it is possible for a vaccinated person to contract the viral infection and spread it to others.

There are limited options for treating “long haulers,” COVID-19 victims who continue to suffer virus-related problems. It is not clear whether existing vaccines will stave off the California, South Africa and Brazilian variants of the coronavirus. Several new generations of vaccines might be needed. A broad, effective array of anti-viral drugs have yet to be created. And sophisticated COVID-19 surveillance is still sketchy across the nation.

“We appear to have gotten through the deadliest part of the pandemic, but this is not some flash-in-the-pan event,” said Dr. Davey Smith, director of infectious diseases at UC San Diego. “I expect to be dealing with COVID-19 on some level for the rest of my career.”

The fight is being pressed hard in San Diego, a research mecca that rivals Boston and San Francisco in size and reach.

There’s a notable focus on creating better ways to test for COVID-19 and track its spread, work that’s also meant to put scientists on a better footing for the next pandemic. Researchers are worried that a deadly avian flu could arise in Southeast Asia and spread globally. Local projects include:

“We’re seeing the flip side of the dark year we’ve had with COVID-19,” said Larry Smarr, a professor of computer science and engineering at UC San Diego.

“There’s an explosion of new knowledge and technology around the world’s that’s built on decades of deliberate investment to fight problems like this.”

Smarr’s own career shows how such investment can pay off.

When he was at the University of Illinois in the 1980s, he helped lead a successful campaign to get the federal government to place supercomputers at American universities, including UCSD. It was a boon to medical research.

That computing power helped virologists like UCSD’s Doug Richman co-develop the drug cocktail that turned AIDS into a manageable disease in the 1990s. The lessons learned in fighting AIDS underpin the current fight against COVID-19.

Such efforts helped establish San Diego as a science hub, one built around a central question: How do we bend technology to our needs in health and medicine?

That sort of talent exists in clusters all over the country. But it didn’t ensure that the U.S. got off to a great start in the fight against COVID-19, especially when it came to testing.

Early on, the Centers for Disease Control and Prevention insisted on performing all COVID-19 tests, which limited innovation elsewhere. The CDC also poorly processed some samples, causing contamination. The agency eventually shared testing responsibilities with health departments, then opened it more broadly to universities and science centers.

Rapid testing still isn’t available in many parts of the country. But progress has been made at places like the La Jolla Institute, which created its own COVID-19 test to keep the center running.

That was essential; LJI is home to several star scientists, including virus fighter Erica Ollmann Saphire.

LJI took a risk, deciding to develop a saliva-based test when it wasn’t entirely clear that it would work. Suzie Alarcon, a newly-hired biologist, progressively made the process simpler and faster as she worked from home, sitting at her dining room table.

“Every night I would write detailed steps, like a recipe, for our staff to follow,” said Alarcon, who also made the test less expensive. The per-unit price has dropped to $1.30 from $8.

Other labs tried the test and found it easy to use, impressing the XPRIZE Foundation, which will soon announce the winner of the $500,000 prize.

Like health care networks everywhere, Scripps Health had long been interested in telemedicine. But the widespread use of live screen-to-screen visits had been hobbled by insurance and regulatory issues.

“I remember going to the team and telling them, ‘I hope this never comes true, but in the worst case scenario we will need to be ready to turn on telehealth throughout Scripps in a matter of months, not years as we planned,” said Dr. David Wetherhold, who led the project for Scripps.

The company was serving only 100 patients a month when a COVID-19 health emergency was declared in February 2020. Scripps needed to push the number to 60,000. And it quickly learned that there was a national shortage of web-conferencing cameras. Wetherhold shifted much of the focus to communicating via smartphones, a technology that has become omnipresent only in recent years.

The move worked. Scripps did about 60,000 virtual visits in April alone.

UCSD Health, which is smaller than Scripps, also rapidly expanded its telemedicine offerings. In the past year, it’s done more than 250,000 virtual visits. It did fewer than 900 in the three years before the pandemic hit.

Culturally, it wasn’t an easy shift.

“It’s here forever. But doctors embraced telemedicine only because they had to,” said Dr. Eric Topol, director of SRTI, which is not part of Scripps Health.

Topol is well-known nationally for promoting the use of mobile health technology — especially wearable sensors — to prevent and treat illness. He laid out a possible vision of the future in his book “The Patient Will See You Now,” which he published in 2015. It says patients expect to be deeply involved in their own care.

“The smartphone patient can do a lot of things, like send sensor data to the telemedicine doctor,” wrote Topol. “And they can do a lot of the physical exam themselves. If you have a child with an ear infection, you can download an app, look in the child’s ear and an algorithm gives you a diagnosis right away.

“Maybe you don’t need to do anything. Maybe you contact your doctor and say, ‘I have data definitive images that shows my child has an ear infection. Can I get a prescription?’ It’s faster and puts more of the health care in the patient’s hands.”

This kind of doctor-patient relationship has not become common. Topol blames this, in part, on physicians, saying they have a “doctor knows best” attitude that discourages patients from collecting digital information that might be of value.

But the pandemic is shaking things up a bit. There’s been a jump in the efforts to create the sensors and algorithms needed for meaningful health surveillance.

Some of the work is being done by epidemiologist Jennifer Radin, one of Topol’s colleagues at SRTI. She found evidence that suggests it’s possible to use devices like Fitbit to indentify people with COVID-19 based on fluctuations in their heart rate, sleep and activity. It has to be combined with self-reported symptom data to work.

“It’s a way for us to act faster and to hopefully control smaller outbreaks from growing,” said Radin, whose work is in the early stages.

Her office is about a 15-minute walk from where UC San Diego bioengineer Ben Smarr is doing similar work with Oura, a sleep and activity tracker that’s worn on a finger. Among other things, Oura continuously monitors body temperature, which makes it potentially helpful in spotting the sort of fever associated with COVID-19.

Some NBA players wore Oura last year as part of larger efforts to spot COVID infection. It’s an alternative to having someone stop and having their temperature at intervals.

Smarr — Larry Smarr’s son — acknowledges that things are still at the proof-of-concept stage when it comes to using Oura to track COVID-19 symptoms. But he says, “I get way more data from wearing this device than I do from going to a hospital once a year.”

Across campus, Shlomo Dubnov, a professor of computer science and music, has been considering another metric: cough recognition.

In early February, he published a paper that indicates that its possible for computer software to tell whether a person is infected with COVID-19 based on coughs and utterances. The software discriminates between recorded sounds made by healthy people and those who have the virus.

The experiment was not done in collaboration with physicians; at this point, scientists like Dubnov are simply exploring the concept. But he is intrigued by the potential applications, saying that you might be able to use anonymous cough data from different geographic regions to evaluate the general wellness of a population.

Joe Sabia, a health economist at SDSU, has been doing related work. He and his collaborators have been studying whether certain social and political public events and protests have led to big COVID-19 outbreaks. He’s been doing so, in part, by analyzing the pings that people’s smartphones make on cell phone towers.

The publicly-available data does not reveal the name of smartphone users. But it does reveal what part of the country they are from.

Sabia said his research has shown that public-health experts were wrong when they said superspreader events would arise from the Black Lives Matter marches that occurred last summer, as well as at certain rallies, like the one President Trump held inside a Tusla arena in May 2020.

The Capitol Hill protest rallies in January also didn’t result in big outbreaks in Washington, D.C., but may have contributed to COVID-19 spread in other parts of the country when they returned home.

“These novel smartphone data allow us to track mobility like never before and are key to identifying superspread,” Sabia told the Union-Tribune. 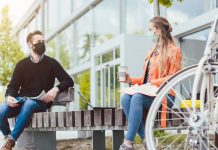 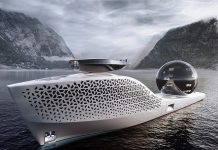 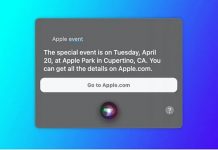 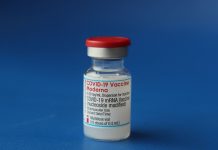 Moderna vaccine: Everything you need to know about UK’s latest jab

Covid-19: what’s going on with the AstraZeneca vaccine? – podcast 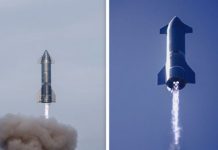 SpaceX Starship launch: Will SN15 launch this week? 'I have a horrible gut feeling' 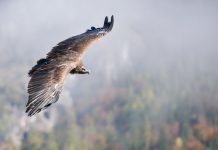