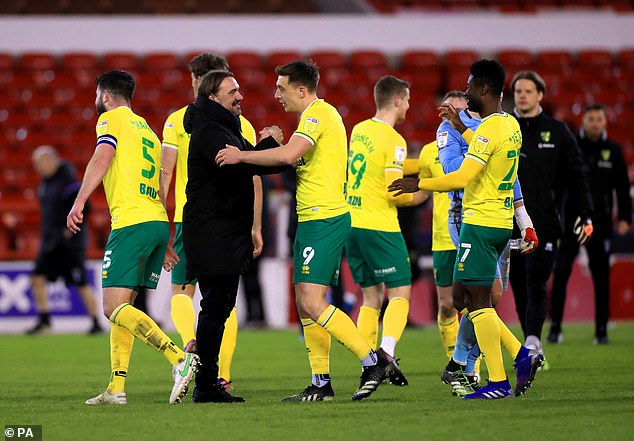 Norwich City have sealed their return to the Premier League at the first time of asking after both Swansea and Brentford dropped points to secure the Canaries’ automatic promotion.

Daniel Farke’s side went into Saturday knowing that victory over Bournemouth in the late kick-off would seal promotion but Swansea’s draw with Wycombe and Brentford’s stalemate with Millwall meant Norwich were promoted without kicking a ball.

It is the Canaries’ fourth promotion from the Championship in a decade and sparks an immediate return to the top-flight after their relegation last season.

Norwich have dominated the Championship title race and have already amassed 90 points with just five games of the league season to spare.

Farke’s men have lost just once in 2021 and are currently on a 13-match unbeaten run – a streak which contained nine straight wins in February and March – which was central to their promotion bid.

Also at the heart of the Canaries’ success is the goalscoring form of Finnish striker Teemu Pukki who has 25 league goals this season, while Argentinian midfielder Emiliano Buendia has 12 Championship goals and 16 assists to his name.

Sportsmail columnist and former Norwich forward Chris Sutton tweeted: ‘Well done to @NorwichCityFC and Daniel Farke on a stunning promotion back to the top flight and a brilliant season. Absolutely outstanding’ 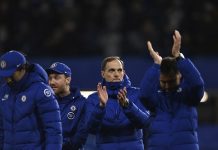 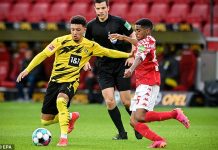 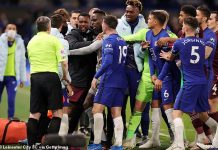 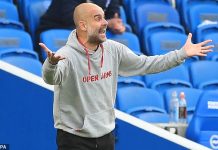 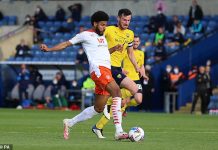 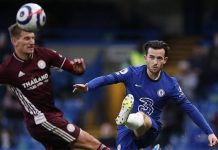 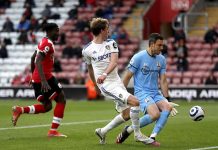 ‘Tough times, but we are ready for the task,’ says Anirudh Thapa