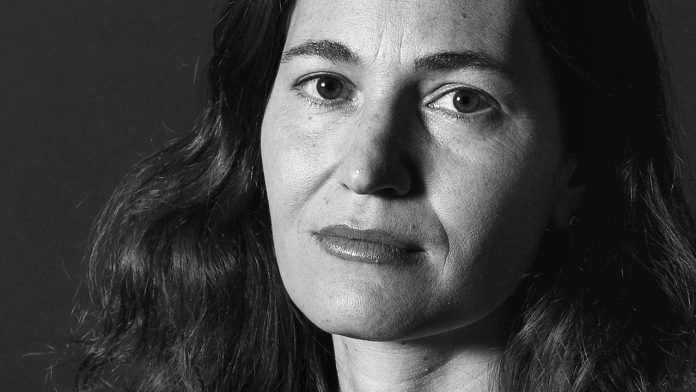 In your story in this week’s issue, “Switzerland,” a thirteen-year-old American girl goes to live in a boarding house in Geneva with two eighteen-year-old girls. You mentioned that the story drew on a similar experience that you had at that age. In what ways was your year there like your narrator’s?

Philip Roth—a master of mining his experiences for his art—used to begin his interviews by saying, “Everything in this book actually happened. Now what do you want to know?” Or so he told me once, when I was talking to him about the problem of readings blinkered by a fixation on autobiography. Though at first his quip seemed funny and a bit dismissive, the more I’ve lived with it, the truer it has come to seem. Everything in this story happened to me, in one form or another, at one time or another, and the reimagining of these experiences and observations now feels as real and true as my actual memories, which, as any neuroscientist will point out, are themselves the result of an active process of alteration that results in “reconsolidation.” “Switzerland” is a reconsolidation of my year as a thirteen-year-old, living in a boarding house in Geneva with two much older girls: actual events mixed with my imagination and shaped by the long passage of time and its revelations.

One of the older girls, Soraya, becomes involved in a relationship with a married banker that borders on abusive. Through the eyes of the thirteen-year-old, however, it seems that Soraya is the one in control. As you make clear, the relationship revolves around the question of power, but who do you, as the author, feel is the most powerful?

There are many narratives about borderline abusive relationships, and of men overpowering women, but inhabiting that kind of situation wasn’t what drew me to write this story. I was interested in a young woman testing her strength and will against the realities of her life: among them, that she is physically vulnerable to men, that to comply with the expectations of others requires containing herself or making herself small, that her sexuality comes with inherent dangers. The Dutch banker doesn’t lead or determine this story—on the contrary, the story centers on Soraya’s struggle with her sense of her own power, and he, at least as he is seen by the narrator, is only an accessory to that. He is merely the arena in which her performance of self plays out. Writing “Switzerland” depended on my ability to believe in that version of Soraya’s “game,” even as it is thrown into doubt by the narrator’s perspective thirty years on, which encompasses a fuller sense of the tremendous fragility of Soraya’s position. But if I was able to believe in her insistence on self-determination, it was because I’ve felt it in myself and in the lives of young women I’ve been close to, despite everything that was working against it.

You are careful not to reveal what happens to Soraya during her disappearance. Do you know? Do you want the reader to imagine something specific?

I wanted the reader to live, as the narrator does, without knowing. In this way, the story resists judgement, and instead points to the paradoxes and uncertainties we have to make do with when trying to understand ourselves and others. Not being able to know what happened during Soraya’s disappearance makes it impossible to know whether the narrator was right, at thirteen, to believe that Soraya had “the grace that comes of having pushed oneself to the brink, of having confronted some darkness or fear and won,” or whether she had lost—whether, as in the last line of the story, she was already broken or whether she was not going to break.

Thirteen is such a transitional age. Although the narrator has been given tremendous freedom, she is still poised on the threshold between childhood and adolescence. How important was that for you when conceiving the story?

Very. As I said, this story began with my own experiences as a thirteen-year-old at boarding school in Geneva. In fact, I had just turned thirteen a couple of weeks before I moved into the boarding house. Not long ago, I found a photograph of myself from that fall, taken in a photo booth on one of my after-school wanderings in the city. I was still a child and no longer a child, depending on which way I looked at it. Both, really. That liminal time is interesting to me. I should also add that, in the photo, I look absolutely gleeful to be on my own, to be given such freedom. It struck me that very few adolescents, my own children included, are allowed to enjoy that these days, and yet it’s necessary to have the space to discover and invent and test oneself.

Everything your narrator sees of sex—even her own experience of making out with a boy from school—is tinged with violence. Is this a connection that will stay with her?

How could it not, really? Later, she herself chooses boys and men who are all “gentle,” and from this we can infer both that she comes to know kindness and safety in intimacy, and also that she’s taken measures to keep a certain form of danger at bay by choosing men who are “a little afraid” of her. I don’t think she’d say, however, that it was the ideal solution. The line in my last novel, “Forest Dark,” that I was most often asked about by journalists, perhaps because they misunderstood it, is one where a character says that she thinks she has never known real love that does not come with violence—and, at that moment, she knows that she will never again trust any love that doesn’t. She was referring not to physical violence, of course, which is anathema to her, but to the violence of allowing another person so fully into one’s being. That explosive force which is both constructive and destructive, which forges anew and undoes or breaks the old because it is so powerful an experience, one that a person might be right to want and fear in equal measure.

The narrator talks about “the absurdity, and also the truth, of the dramas we need to feel fully alive.” Are Soraya’s dramas driven by a will to feel alive, or by the opposite—a need to numb herself?

It may be my own shortcoming as a writer, but I’m not drawn to inhabit characters who want to numb themselves. I like the ones who are drawn to feeling fully alive, despite the complications and pain it often lands them in. I’m interested in the drama of desire—of wanting, longing, needing—and the way it animates all of us and drives the story of our lives. 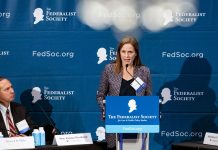 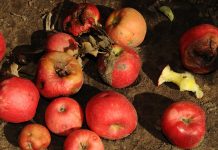 Come on Down to Bad Apples Farm 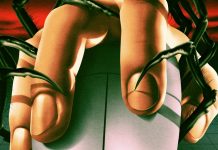 The Flashing Warning of QAnon 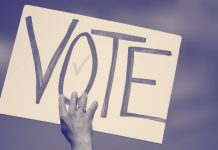 How to Preserve American Elections

What to Stream: “Babies and Banners,” the Still Urgent Story of Women Workers on Strike 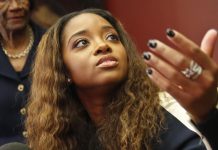 Tamika Mallory: Daniel Cameron 'no different than the sellout negroes that sold our people'