Spain’s Angel Hidalgo set the clubhouse target before bad weather brought an early end to day one of the Joburg Open at Randpark.

The threat of lightning forced play to be suspended shortly after 5pm local time, with Hidalgo among the players safely in the clubhouse following an opening six-under-par 65.

The 23-year-old recorded an eagle, six birdies and two bogeys to lead by one from England’s Ashley Chesters, with South Africa’s Dylan Frittelli part of a seven-strong group a shot further back on four under.

Niall Kearney was the best of the Irish after the first round with the Royal Dublin man carding a round of 70 for one under par. Jonny Caldwell was level par with two to play in his first round when play was stopped while Paul Dunne was three over par through 15. Cormac Sharvin endured a nightmare day which included a double bogey, seven bogeys and just two birdies on route to a seven over par round of 78.

Hidalgo, who claimed his maiden title on the Challenge Tour in 2021 and won twice on the Alps Tour, said: “It was a lot of fun.

“This was like my third DP World Tour event in three years, so I was a bit nervous early in my round. But this start means a lot to me. It gives me a lot of confidence. It’s great to be here and playing with the best, so let’s start the party.”

Frittelli, who finished fifth in last November’s Masters and in the same position in the British Open in July, vowed to continue taking an aggressive approach after his opening 67.

“In a lot of these Sunshine Tour events I’ve been a little bit cautious and tried to just keep it in play, but now I’m just going to go at it full tilt and see where it ends up after 72 holes.”

Pre-tournament favourite Dean Burmester, who hit the opening tee shot of the newly-named DP World Tour, is seven shots off the pace after an opening 72.

Compatriot JC Ritchie made a hole-in-one on the par-three 17th but cruelly missed out on winning the Jaguar XJR parked behind the tee, the prize only being on offer for the first ace in rounds three or four.

Completed first round scores at the Joburg Open (British unless stated)

Play suspended due to inclement weather 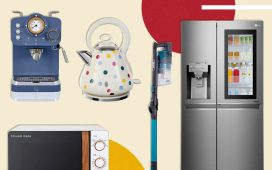 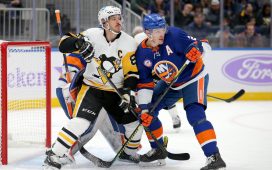 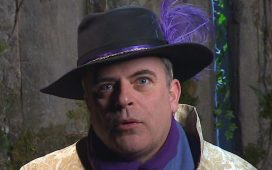 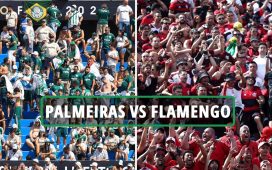 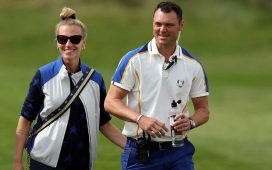