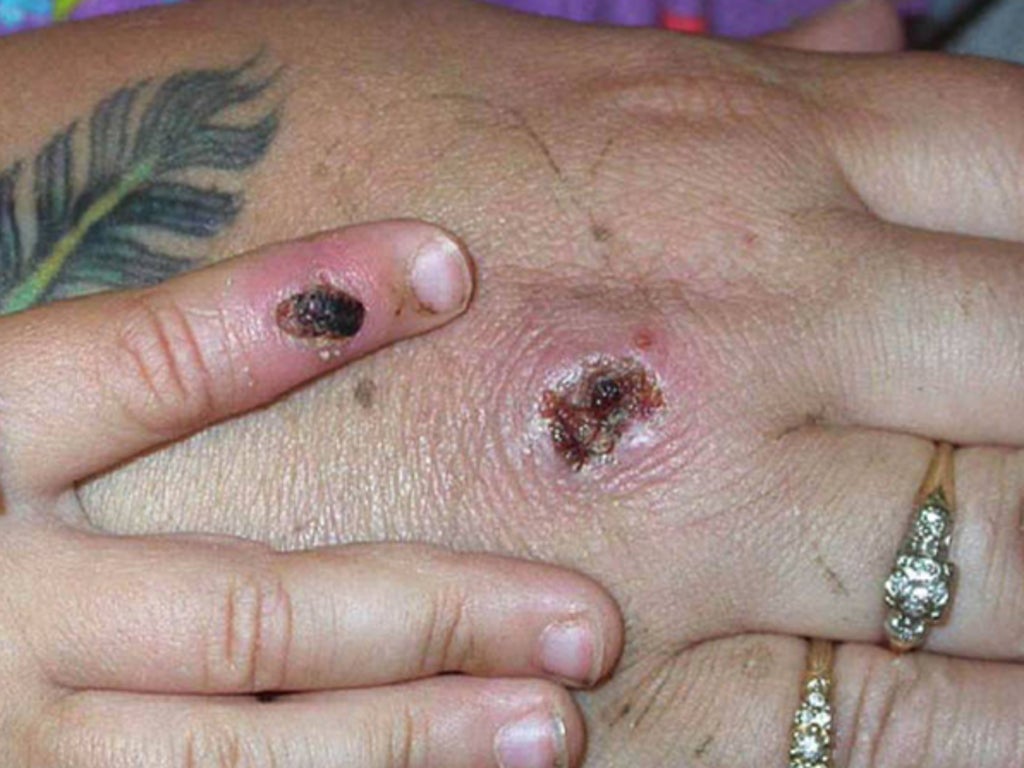 A patient in New York City has tested positive for a virus related to monkeypox, sparking health officials to call on Covid-weary Americans to wear face masks indoors as the US rushes to buy 13 million vaccine doses.

Two patients had been tested by the city’s health department for monkeypox – a rare infection causing rashes, lesions and fevers which has suddenly emerged in several countries in recent weeks.

One of the patients was ruled out as negative while the second tested positive for Orthopoxvirus, the family of viruses to which monkeypox belongs.

The NYC Department of Health and Mental Hygiene’s Public Health Lab said in a press release on Friday that final confirmation on the individual’s diagnosis will come after the US Centers for Disease Control and Prevention (CDC) completes its testing.

Until then, the patient is in isolation and is presumed to be positive, likely making them the second known case on US soil this year after a man in Massachusetts became the first confirmed case on Wednesday.

New York’s health department revealed on Thursday that one possible case had been admitted to Bellevue Hospital, in the heart of Manhattan, displaying symptoms.

It is not clear if this individual is the presumed positive or negative case, but even before preliminary tests came back officials said that contact tracing was already underway to track down anyone who may have come into close contact with them.

The CDC is urging Americans not to panic. The New York City health agency is recommending Manhattan residents mask up in indoor places.

The agency said that masks can protect against both monkeypox and other viruses such as Covid-19, while anyone with flu-like symptoms, swelling of the lymph nodes and rashes on the face and body is urged to contact their healthcare provider.

Health officials are desperate to avoid a repeat of the Covid-19 crisis, which crippled the city’s healthcare system.

In the early days of the pandemic in spring 2020, New York City rapidly became the global virus epicentre, with 815 lives lost in a single day in April of that year.

Hospitals were on the brink of collapse as healthcare workers were overwhelmed with sick patients, and bodies piled up in refrigerated trucks across the city.

Cases of Covid-19 are rising once again in Manhattan, with the whole of New York City rising to the highest risk level for the virus this week.

At least six other possible cases of the infection are also being investigated by the CDC after they sat near an infected traveller on a flight from Nigeria to the UK earlier this month.

The CDC said that none of the six individuals are presenting any symptoms for monkeypox. They are said to be heathy and at low risk of contracting the infection.

The New York patient appears not to be included in the six.

This comes after a Massachusetts man became the first confirmed case on US soil this year.

The Massachusetts Department of Public Health announced the case in the man who had recently returned from a trip to Canada, where he had travelled in private transport, on Wednesday.

The patient is in a good condition in Massachusetts General Hospital.

The state agency said that there is “no risk to the public” and that it is working closely with the CDC and other health officials to identify anyone who may have been in contact with the patient while he was infectious.

While monkeypox is less contagious and more rare than Covid-19, US officials aren’t waiting for cases to rise before taking action.

The US government has placed an $119m order with Bavarian Nordic for the Jynneos vaccine, which is effective against both the monkeypox virus and smallpox, the biotech company revealed this week.

A further $180m is also ready and waiting for more vaccines if or when needed, altogether enabling the country to procure 13 million doses.

CDC official Jennifer McQuiston said that “the general public should not be concerned” about the sudden rise in infections of the rare illness but admitted that “this is a very unusual situation”.

“Monkeypox is normally only reported in West Africa or Central Africa, and we don’t see it in the United States or in Europe – and the number of cases that are being reported is definitely outside the level of normal for what we would see,” she told CNN.

“At the same time, there really aren’t that many cases that are being reported – I think maybe a dozen, a couple dozen – so, the general public should not be concerned that they are at immediate risk for monkeypox.”

Since the start of May, the World Health Organization has started holding daily emergency meetings worldwide as cases have sprung up across several countries that don’t normally report infections.

Aside from the US, cases have now also been detected in Canada, the UK, Australia, Spain, Portugal, France, Germany, Italy and Sweden, with more than 100 cases now confirmed or suspected across Europe.

It is not yet clear how the individuals were exposed to the rare infection.

The virus can spread through close contact with an infected person or animal through respiratory droplets, body fluids or other forms of close contact, such as sharing clothes.

Experts are currently exploring a possible sexually transmitted spread after recent confirmed cases included men who said they had been sexually active.

Symptoms are said to be similar to smallpox and include fever, headache, chills, muscle aches and exhaustion.

After around one to three days of fever, the patient typically develops a rash on the face before it spreads to other parts of the body. Lesions on the body go through various stages before eventually falling off.

The main difference between symptoms of smallpox and monkeypox is that monkeypox causes lymph nodes to swell, according to the CDC.

In most cases, symptoms are mild, but the virus has been fatal in around one in 10 cases in Africa.

Monkeypox was first detected in monkeys in 1958 when two outbreaks of a pox-like disease were detected in specimens kept for research.

The first ever human case was recorded in the Democratic Republic of Congo in 1970.

In 2003, cases of human monkeypox were detected on US soil – the first confirmed outside of Africa – when the nation witnessed an outbreak across six states.

In total, 47 confirmed and probable cases were reported in Illinois, Indiana, Kansas, Missouri, Ohio, and Wisconsin.

All of the patients contracted the infection after coming into contact with pet prairie dogs which had been held near imported small mammals from Ghana, according to the CDC.

Last year, two cases of the infection were reported in the US. The last was in November, when an American tested positive after returning to Maryland from Nigeria.

In July, another case was confirmed in Texas in a US citizen who had also travelled from Nigeria to the US on two commercial flights.

In both cases, no additional infections were detected in the US after health officials carried out contact tracing.