With help from Oriana Pawlyk

— Lawmakers on key transportation committees aren’t sweating Election Day themselves, but the post-election shuffle will have major implications for transportation policy.

— Freight railroads will have to live under extra scrutiny from the Surface Transportation Board for at least six more months.

— New York City is sitting on more than one-quarter of $15 billion in disaster aid doled out after Hurricane Sandy, 10 years after the storm.

IT’S MONDAY: You’re reading Morning Transportation, your Washington policy guide to everything that moves. As always, send tips, pitches, feedback and song lyrics to [email protected]. You can find all of us on Twitter: @alextdaugherty, @TSnyderDC and @Oriana0214.

At Delta Air Lines our people are our most worthy investment. That’s why we are proud to be ranked No. 6 on Forbes’ list of World’s Best Employers for 2022. We provide industry leading benefits, because caring for our people empowers them to take care of you. Learn more at People & Culture | Delta News Hub

WAKE ME UP WHEN NOVEMBER ENDS: Next week’s election will, obviously, have major implications for transportation policy and oversight. The infrastructure law and Inflation Reduction Act — particularly portions of the new laws that expand electric vehicle tax credits and the nation’s charging network — will be targeted by Republicans should they win a majority. But the actual lawmakers at the center of these policy fights are mostly assured of keeping their seats come 2023. The question is who gets the gavel.

IN THE HOUSE: Most of the lawmakers from both parties who serve in senior T&I leadership roles — with the exception of retiring Chair Peter DeFazio (D-Ore.) — are not facing competitive reelection bids. The one race to watch will play out during the lame-duck period, as Rep. Rick Larsen (D-Wash.) and Del. Eleanor Holmes Norton (D-D.C.) jockey for DeFazio’s position. On the GOP side, ranking member Sam Graves (R-Mo.) will be waiting to see if he’ll ascend to chair the committee. Neither Larsen, Norton nor Graves faces serious opposition on Election Day. So far, no lawmakers on T&I have publicly announced bids for open subcommittee leadership slots, though there are GOP openings on the Coast Guard and Maritime Subcommittee and Highways and Transit Subcommittee. The Aviation Subcommittee and Highways and Transit Subcommittee spots could open up on the Democratic side if Larsen or Norton takes the top Democratic slot on the committee.

IN THE SENATE: None of the senators in line to lead the Senate Commerce or Senate EPW committees face competitive reelections, though Sen. Ted Cruz (R-Texas) will be eyeing the national map to see if he’ll ascend to chair the Commerce Committee since current ranking member Roger Wicker (R-Miss.) has said he intends to take the top GOP spot on Armed Services. Sen. Jerry Moran (R-Kansas) is next in line to take Cruz’s spot atop the Aviation Subcommittee, should he win what’s expected to be a noncompetitive election. And on the EPW Committee, leadership in both parties is expected to remain relatively similar in 2023, but eyes will turn to Chair Tom Carper (D-Del.) and Transportation and Infrastructure Subcommittee Chair Ben Cardin (D-Md.), since both have not yet decided on their 2024 plans.

WHAT IT MEANS: Expect key administration figures like DOT Secretary Pete Buttigieg, Energy Secretary Jennifer Granholm and Commerce Secretary Gina Raimondo to face constant letter writing and questioning from GOP lawmakers in the next Congress. And if the GOP manages to win a majority in both chambers, watch for legislative attempts to claw back some of the infrastructure law and IRA money that’s going to programs Republicans oppose.

STB IS WATCHING: The U.S. Class I freight railroads will have to live under extra scrutiny from the Surface Transportation Board for at least six more months, as the STB announced Friday that it’s extending the temporary reporting period for BNSF, CSX, Norfolk Southern and Union Pacific. The carriers will have to keep submitting biweekly service progress reports and weekly performance data until May 5, 2023. “The most recent data show that the Four Carriers are currently meeting some of their six-month targets for service improvement, and many key performance indicators are trending in a positive direction,” the STB said in a statement. “However, the data continue to validate the anecdotal information that continues to be reported to the Board regarding significant service issues.”

Reminder: We reported earlier this month that the railroads’ performance was still disappointing both shippers and regulators, but that the STB has limited options to intervene rapidly.

RAILCAR BACKLOG: The Railway Supply Institute reported Friday that there was a backlog of 61,415 railcars at the beginning of October, as orders spiked by 124 percent and deliveries went up just 11 percent.

TIME TO WIND DOWN COVID RULES? Rep. Rick Crawford (R-Ark.), the top Republican on the railroads subcommittee, and 55 other House Republicans sent a letter Friday asking the Biden administration to end vaccination requirements between the U.S. and Canada. Canada ended its vaccination and testing requirements earlier this month. The lawmakers pointed to labor shortages and supply chain constraints as a reason to lift the restrictions.

GM NOT FEELING ELON MUSK’S TWITTER: Elon Musk’s takeover of Twitter was finalized Friday, and the aftershocks were felt as far as the auto sector, as General Motors immediately said it was “pausing” its advertising on Twitter. “We are engaging with Twitter to understand the direction of the platform under their new ownership,” GM told CNBC. 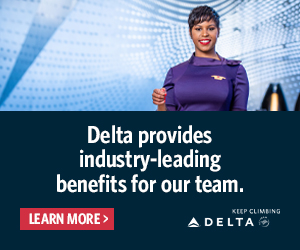 SANDY TURNS 10: Ten years after Hurricane Sandy’s battering winds and 14-foot storm surge caused $69 billion in damage to New York and New Jersey, crippling public transit, many parts of the region remain unprotected. New York received $43 billion in federal disaster aid, $15 billion of which was for New York City, but a recent report found that more than one-quarter of the city’s share has yet to be used “because of delays, red tape and politics,” write Danielle Muoio Dunn and Ry Rivard.

If we’re being honest: Mayor Eric Adams said the “level of complexity” of the projects was an issue. And New Jersey’s top environmental regulator, Department of Environmental Protection Commissioner Shawn LaTourette, pushed for honesty about the risks of another tragic storm and rising seas. “We are not ready, period,” LaTourette said. “Neither is New York City. Neither is most of the country.”

Adam Lisberg has left DJI as its corporate communication director for North America after more than six years with the drone company (Friday was his last day). Arianne Burrell will temporarily fill in the role until DJI names a permanent replacement.

— “‘No jobs available’: The feast or famine careers of America’s port drivers.” The New York Times.

— “A plan to accelerate shift to zero-emission trucks in California could get even faster.” POLITICO Pro.

— “Would you give up planes for these trains? Europe pushes travel that’s climate friendly.” The Washington Post.

— “Travel is picking up to pre-pandemic levels.” Forbes.

Did we miss an event? Let MT know at [email protected].

At Delta Air Lines our people are our most worthy investment. That’s why we are proud to be ranked No. 6 on Forbes’ list of World’s Best Employers for 2022. We provide industry leading benefits, because caring for our people empowers them to take care of you. Learn more at People & Culture | Delta News Hub 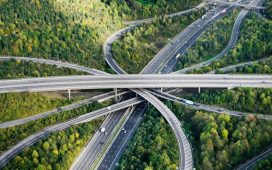