New Predictions Of Peak Oil And Energy Are Flawed


One of my recent posts warned European governments to recognize that the elevated energy prices they are experiencing are largely due to transient events, including last year’s cold spell and this year’s war in Ukraine, and so they should not enact permanent or at least lasting policies in response. Temporary problems require temporary measures.

This post will address something similar, namely recent concerns about peak oil supply and/or demand. The two are very separate animals but have in common the fact that some writing has tried to find deeper meaning in short-term trends visible in the data. For instance, a number of analysts have argued that changes in behavior, and especially working from home, will continue into the long-term, hastening the peak in energy demand that climate policies are intended to implement. Unfortunately, consumer behavior post-pandemic remains highly uncertain and it seems unlikely that energy demand has already peaked or is close to one.

Peak oil supply is slightly different but suffers from the same tendency on the part of its advocates to grasp any short-term decline as evidence that “the good ol’ moment’s arrived!” as Colin Campbell asserted in 2004. Although most observers have tuned out the concern about peak oil as production has continued to rise, peak oil advocates have attempted to claim victory by reframing the argument, most especially by insisting that conventional crude oil peaked in 2005, and that explains subsequent market turmoil and presages further economic woes.

The best example is gadfly Richard Heinberg, who has recently written that his earlier predictions of peak oil were in fact correct, because, he claims, what he refers to as conventional oil actually peaked in 2005. (Others have made a similar argument, such as James Murray and David King in Nature in 2012.) This is reminiscent of other neo-Malthusians like Paul Ehrlich and James Howard Kunstler who, as Dan Gardner described in his book Future Babble, insisted that they were actually prescient despite all evidence to the contrary.

For a period, peak oil advocates argued that only the shale revolution prevented the economic devastation that they predicted from peak oil, ignoring the fact that peak oil advocates repeatedly insisted that unconventional oil could not possibly offset the inexorable decline of conventional oil. Indeed, Heinberg approvingly quoted peak oiler Colin Campbell as saying, “Nonconventional oil will delay the peak [of production for total hydrocarbon liquids] by only a year or two but will ameliorate the subsequent decline.” (The Party’s Over p. 96) Contrast that with Adelman and Lynch’s 1997 article in the Oil & Gas Journal, “Fixed View of Resource Limits Creates Undue Pessimism,” which noted that the large unconventional resource base would be converted to reserves over time. (We didn’t predict the shale oil revolution.)

Still, is the rationalization claiming the supposed peak in ‘conventional oil’ is relevant valid? Typically, peak oilers are referring to oil sands, shale oil, and natural gas liquids (NGLs) as unconventional arguing that the former two are more difficult and expensive to produce and the latter has a lower energy content than crude oil and should not be included in production data. The figure below shows global oil production with shale oil, NGLs and oil sands separately, and it does seem as if conventional oil has peaked.

But is there any indications that the 2005 peak in conventional oil matters, the ‘phase change’ in markets that Murray and King described? Well, prices did nearly double after 2005—before falling back to those levels now. Seventeen years after the ‘phase change’ in the oil market, shouldn’t prices be much higher? And why have OECD inventories, shown below, not declined until the pandemic and massive quota reductions by OPEC+?

But also, if a large portion of the liquids being produced were somehow different than what the oil industry uses to meet demand, then the fact that world liquids consumption has grown by 15 mb/d (pre-pandemic) since 2005 without creating an economic catastrophe suggests that the differentiation of liquid fuels is not relevant. Indeed, as the figure below shows, oil inventories were growing before the pandemic, not collapsing.

In fact, there is at least 6 mb/d of conventional oil supply shut in by OPEC+ quotas and various political disruptions such as sanctions against Iran and Russia, meaning that even if NGLs and shale oil are ignored, conventional oil production capacity is roughly the same as in 2005, when the decline was supposedly setting in. If the decline rates of 4-6% that peak oil advocates have embraced were used, global conventional production should have dropped by 45-60%, or at least 30 mb/d instead of 6 mb/d. Probably not the biggest error in the history of forecasting, but right up there with the champs.

The entire history of the peak oil supply arguments is littered with ponderous statements of difficulties facing the oil industry: depletion rates have soared, discoveries are not keeping pace with production, Middle Eastern oil reserves are suspect, the energy return on energy investment is declining, and so forth. All while ignoring that production has not peaked and declined and the price volatility has been almost completely the result of political shut-ins of supply.

This should provide a salient lesson for the demand side as well. Despite the drumbeat of news about soaring electric vehicle sales, plummeting renewable costs, public concerns about climate change and international agreements to address it, the impact on fossil fuel usages, and especially oil, has been minimal. Inputs are important but outputs are the ultimate test of expectations and too many pundits describe inputs like falling battery costs while ignoring what is, so far, a minimal demand impact. 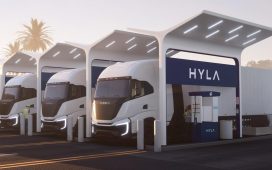 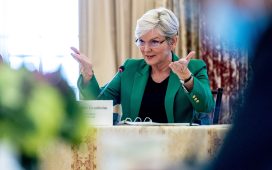 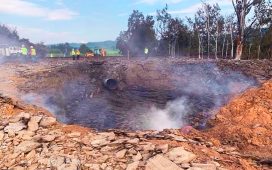 The next debate on pipeline safety 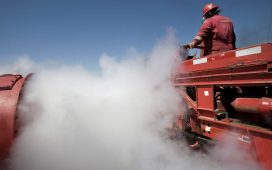 Integrating Fossil Interests And Climate Initiatives – Big Steps For UAE – A Small Country In A Cradle Of Oil And Gas. 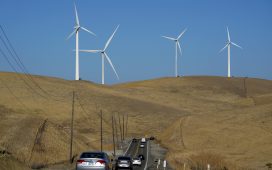 Big winners from Biden's climate law: Republicans who voted against it 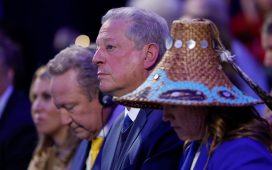 Rhetoric From Davos Dominated The Week In Energy 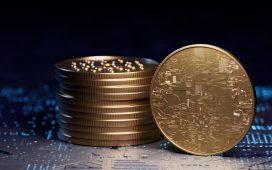 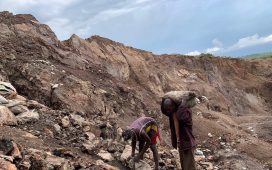