There has been a lot of confusion about whether people previously infected with coronavirus can be re-infected again. Back in August, there was a report out of Hong Kong that found the first case of coronavirus reinfection in a recovered COVID-19 patient. Researchers announced that a 33-year-old man who was first infected by SARS-CoV-2 in late March and then, four and a half months later, seemingly contracted the virus again while traveling in Europe.

Unlike the study conducted in February, the University of Hong Kong researchers sequenced the virus from the patient’s two infections and found that they did not match, indicating the second infection was not tied to the first. They found there was a difference of 24 nucleotides — the “letters” that make up the virus’ RNA — between the two infections.

Almost two months later, there is a new study that not only contradicts Hong Kong’s study but also offers hope that people infected with the virus will develop lasting protection against reinfection. According to a new study led by researchers at Harvard-affiliated Massachusetts General Hospital (MGH), people who survive serious COVID-19 infections have long-lasting immune responses against the virus.

The study, published in Science Immunology, demonstrates that measuring antibodies can be an accurate tool for tracking the spread of the virus in the community. During the course of the study, scientists found that antibodies against the RBD region of the S protein were accurate indicators of recent severe SARS-CoV-2 infection.

They also found the presence of IgG antibodies targeting SARS-CoV-2 RBD was a highly sensitive (95%) marker of infection after 14 days from onset of illness. This is consistent with a growing body of data which demonstrate that measurement of anti-RBD antibodies can accurately classify individuals recently infected with SARS-CoV-2 (6–9). Because this study was conducted in a large cohort of individuals with known SARS-CoV-2 infection (N=343) and controls (N=1548) it provides a robust measure of the accuracy of anti-RBD antibodies.

“But there is a big knowledge gap in terms of how long these antibody responses last,” said Richelle Charles, an investigator in the Division of Infectious Diseases at MGH and a senior author of the paper.

To find out, she and her colleagues obtained blood samples from 343 patients with COVID-19, most of whom had severe cases. Because the study was conducted in a large cohort of individuals with known SARS-CoV-2 infection (N=343) and controls (N=1548) it provides a robust measure of the accuracy of anti-RBD.

The blood samples were taken up to four months after a patient’s symptoms emerged. The blood’s plasma was isolated and applied to laboratory plates coated with the receptor-binding domain (RBD) of the virus’ “spike” protein, which attaches to cells, leading to infection. The team studied how different types of antibodies in the plasma bound to RBD. The results were compared to blood samples obtained from more than 1,500 individuals prior to the pandemic.

The researchers found that levels of an antibody called immunoglobulin G (IgG) remained elevated in infected patients for four months and were associated with the presence of protective neutralizing antibodies, which also demonstrated a little decrease in activity over time.

“That means that people are very likely protected for that period of time,” said Charles. “We showed that key antibody responses to COVID-19 do persist.”

They also found that measuring IgG was highly accurate in identifying infected patients who had symptoms for at least 14 days. Since the standard PCR (nasal swab) test for SARS-CoV-2 loses sensitivity over time, augmenting it with a test for antibodies in patients who have had symptoms for at least eight days (at which time 50 percent are producing antibodies) will help identify some positive cases that might otherwise be missed, said Charles, a professor of medicine at Harvard Medical School (HMS).

Below is the Abstract of the study.

We measured plasma and/or serum antibody responses to the receptor-binding domain (RBD) of the spike (S) protein of SARS-CoV-2 in 343 North American patients infected with SARS-CoV-2 (of which 93% required hospitalization) up to 122 days after symptom onset and compared them to responses in 1548 individuals whose blood samples were obtained prior to the pandemic. After setting seropositivity thresholds for perfect specificity (100%), we estimated sensitivities of 95% for IgG, 90% for IgA, and 81% for IgM for detecting infected individuals between 15 and 28 days after symptom onset. While the median time to seroconversion was nearly 12 days across all three isotypes tested, IgA and IgM antibodies against RBD were short-lived with median times to seroreversion of 71 and 49 days after symptom onset. In contrast, anti-RBD IgG responses decayed slowly through 90 days with only 3 seropositive individuals seroreverting within this time period. IgG antibodies to SARS-CoV-2 RBD were strongly correlated with anti-S neutralizing antibody titers, which demonstrated little to no decrease over 75 days since symptom onset. We observed no cross-reactivity of the SARS-CoV-2 RBD-targeted antibodies with other widely circulating coronaviruses (HKU1, 229 E, OC43, NL63). These data suggest that RBD-targeted antibodies are excellent markers of previous and recent infection, that differential isotype measurements can help distinguish between recent and older infections, and that IgG responses persist over the first few months after infection and are highly correlated with neutralizing antibodies. 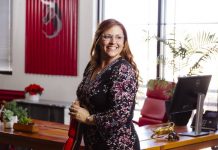 Tech recruiter: 'Companies that don't let the pandemic define them will allow it to refine them' – Las Vegas Sun 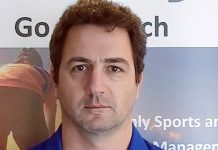 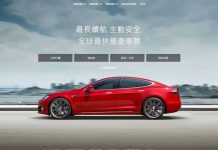 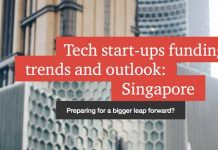 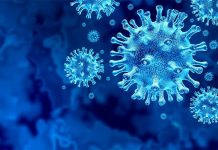 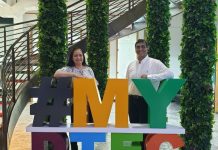 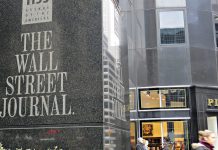 Trump Had One Last Story to Sell. The Wall Street Journal Wouldn’t Buy It. – The New York Times 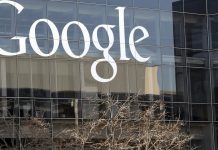 In venture capital, it's imperative to look beyond things like COVID and elections — if you can get into the game, that is –...