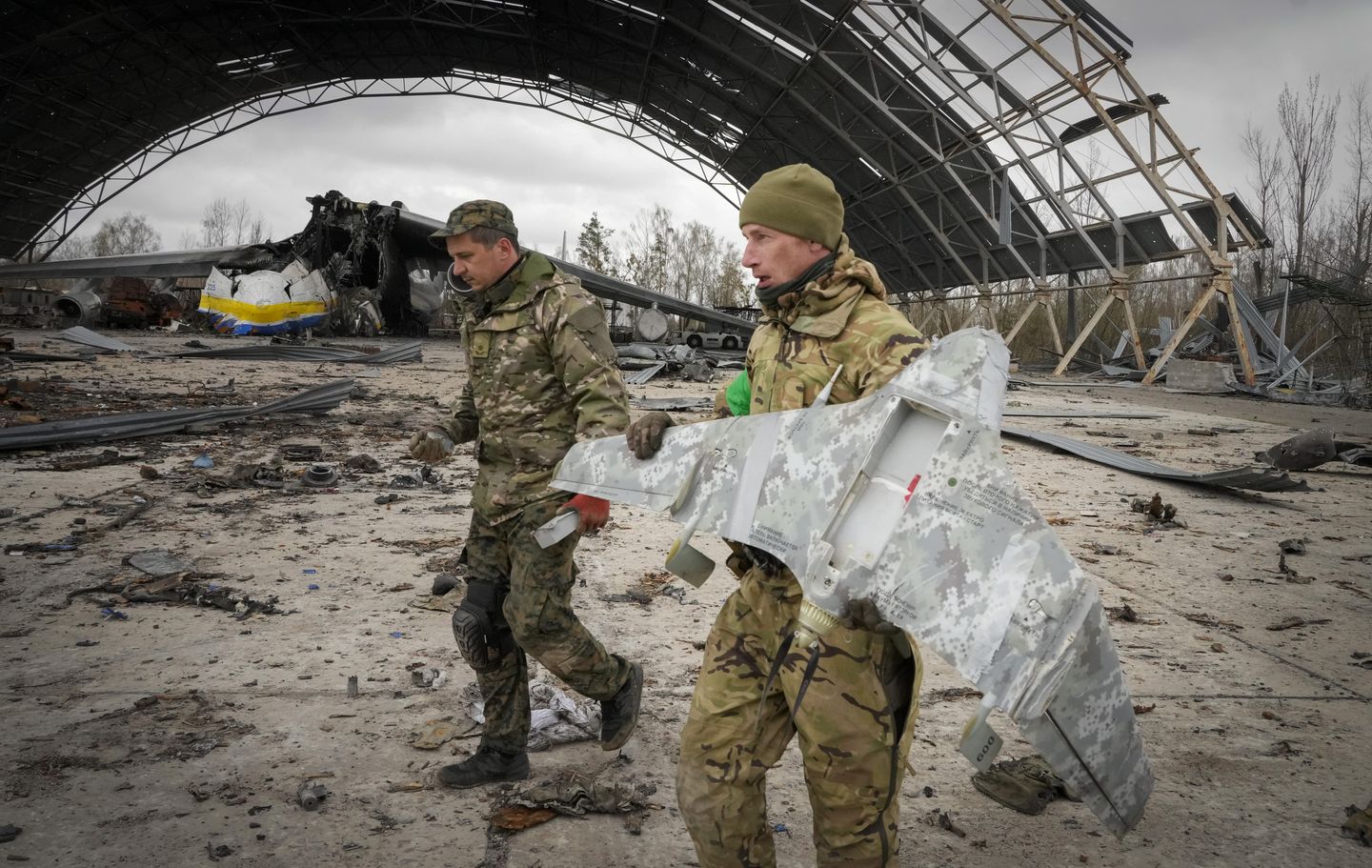 TAMPA, Florida — The century-old concept of moving huge armored convoys along open roads may be too dangerous on today’s high-tech battlefields. Military supply lines are more vulnerable than ever before given the massive leaps in surveillance capabilities and precision weapons.

And perhaps most importantly, small, cheap armed drones have radically transformed warfare and turned traditional military thinking on its head, forcing armies around the world to re-examine priorities and invest heavily in counter-drone technology to protect their suddenly vulnerable troops, vehicles and equipment.

The fighting began just 11 weeks ago, but those are just a few of the lessons strategists and generals have gleaned from the Russia-Ukraine war, analysts say.

How warfighters will adapt to the new post-Ukraine reality is a key question as Pentagon and defense industry leaders gather here this week for a major special operations convention. The high-level conference will bring together the brightest minds in the defense sector, along with companies both large and small that manufacture cutting-edge military equipment, from the next generation of radar to a more effective bullet.

In a future conflict, those technologies could help the U.S. and its Western allies avoid a fate similar to the one Russia has met in Ukraine, where what was envisioned as a lightning victory has become a bloody slog just to rack up minimal gains. Indeed, the Russia-Ukraine war has already revealed just how drastically the nature of battle has changed over the past decade.

Nowhere is that more evident than the disastrous showing of Russia’s tank corps, which has been decimated by the Ukraine military’s fleet of relatively cheap Turkish-made drones and its stockpile of U.S.-made Javelin anti-tank missiles. The future of the venerable tank was already in doubt before the Ukraine invasion, but Moscow’s inability to protect its armor and counter the new generation of anti-tank capabilities has been a key contributor to its poor showing in Ukraine.

“I think we are indeed seeing that modern ‘kill chains’ are making these kinds of vehicles and convoys very vulnerable, especially when positions/locations are fixed and/or foreseeable,” said Michael O’Hanlon, senior fellow and director of research in foreign policy at the Brookings Institution.

Mr. O’Hanlon and other scholars are already drawing clear lessons from the Russia-Ukraine war, which has seen the once-vaunted Russian military fail at virtually every one of its objectives so far. The Russian air force has failed to take control of Ukrainian skies, its forces were turned back from an assault on Kyiv, and even the widely hyped ground offensive in the eastern Donbas region has yet to produce real results.

Militaries looking to avoid Russia’s fate in future wars should adopt a number of new approaches, Mr. O’Hanlon said, including a “greater emphasis on breaking the kill chains of adversaries through attacks on command/control/cyber/etc. … since we are getting to the point with modern weaponry, including drones too, that if we can see it, we can kill it.”

In other words, generals are going to have to command armies knowing there are few places to really hide on a modern battlefield.

Mr. O’Hanlon also said 21st-century militaries should reduce their use of paved roads, “unless they can be protected with dismounted infantry,” and should commit more resources to establishing air dominance early in a conflict to better protect tanks, troops and supply lines.

Logistics — keeping an army fed, armed and in a position to fight — is also getting a hard new look based on the Ukrainian experience so far.

Supply-line vulnerabilities have been among the greatest unexpected challenges the Russian military has confronted in Ukraine. In the early days of the war, as Moscow had its sights set on capturing Kyiv, a massive Russian convoy sat idle on the highways outside Ukraine’s capital because it ran out of fuel. In Kharkiv and other battlegrounds in the east, Ukrainian forces have relentlessly targeted Russian supply chains, depriving troops of gas and food and halting their advance.

The age of drones

For the past decade, war planners have theorized about how the proliferation of drones would change future combat operations. The Russia-Ukraine war represents the first major conflict involving a top global power that has been dramatically impacted by unmanned aerial vehicles, which have become increasingly cheap, easy to operate, and lethal. In particular, the Ukrainian military has made incredibly effective use of the Bayraktar TB2 drone, which is equipped with laser-guided missiles and can cost as little as $1 million.

Those aircraft have wreaked havoc on Russian tanks. Some outside estimates say Russia has lost well over 300 tanks so far in its Ukraine campaign, with hundreds more captured by the enemy. As much as one-fifth of Moscow’s total tank force — the largest in the world — may have been lost so far in the war, according to some military estimates.

Ukrainian drones also have successfully targeted Russian battleships, proving that the craft can be equally effective over water as they can over land.

Some of Russia’s vulnerabilities are self-inflicted, analysts say. Russian radar and drone-jamming technology have been ineffective. Russian military leaders also appear to have failed to camouflage their vehicles, making them easy targets, and Russian conscripts have proved far less motivated on the ground than Ukrainian forces who are defending their homes and families.

But specialists say Western militaries can and must learn lessons from Russia’s failures and put drones — and the ability to counter them — at the center of their planning moving forward.

“Even if Russia did a better job of counter-drone operations, there always will be limits. Drone detectors and interceptors have different advantages and disadvantages, and supply will always be limited just the same as any other military capability,” Zachary Kallenborn, a policy fellow at George Mason University’s Schar School of Policy and Government, wrote in a recent analysis posted on the Modern War Institute at West Point’s website.

“The big, obvious question becomes this: What targets will be more or less vulnerable to drones? Answering that question is difficult. It will require the United States and allied nations to understand adversary doctrines, concepts and technological capabilities around drone employment,” he wrote.

Even the core military concept of air superiority may need to be updated.

“There can be no doubt that Russia has struggled to establish air superiority over Ukraine. But even if Russia were far more successful, drones still complicate the picture. Flying numerous, successful high-altitude air superiority missions does not mean much for low-altitude drone threats,” Mr. Kallenborn said.

The Pentagon has dedicated a massive amount of resources to counter-drone technology. A top-level Defense Department program, led by the Army, recently held a major demonstration of counter-drone technology at the Yuma Proving Ground in Arizona. Officials said the demonstration showcased a host of emerging technologies, including the use of high-powered microwaves to take out the aircraft.

But officials made clear that there’s a lot of work to be done.

“This was a learning exercise for us, as it was for those companies,” Michael A. DiGennaro, test team lead at the Army-led joint counter-drone office, told reporters on a conference call last week. “We had architectures out there that had not previously been working together, components in particular, architectures that were coming out there for the first time.” 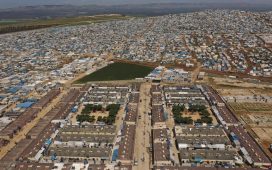