Ever since we heard that Netflix had cast Sandra Bullock to star in a cinematic adaptation of the fantastic British TV miniseries Unforgiven, we’ve been counting the days until we’d finally be able to see it (that’s November 25 in theaters, by the way) and following Sandra Bullock’s recent comments about the film our excitement has reached a fever pitch.

Talking about the film to Extra, the Academy Award Winning Bullock revealed that she recently got a tattoo of a barbed wire wrapped around a butterfly in honor of one of the many real-life female prisoners she met with while researching for the role.

“One of my tattoos was in honor of one of the women that I got to interview that helped me with insight into my character.” Bullock also revealed that the woman had also given her a gift, in the form of insight into her adopted daughter Laila’s experience prior to Bullock coming into her life and that insight has helped her to become a better parent. Bullock went on to explain that after meeting with several incarcerated women, she became driven to make sure that the movie and her character spoke to “the truth of their journey to how they got there.”

Now, three weeks after the debut of the cryptic, interest peaking trailer, the wait is nearly over, The Unforgivable will hit cinema screens very soon so to try and pass the time, we’ve decided to help get you as hyped as we are by decoding a mystery of our own and sharing with you all that we’ve come to know about what promises to be a landmark release for all involved.

Released from prison after serving a sentence for a violent crime, Ruth Slater (Sandra Bullock, back where she belongs, in the leading role spotlight of a major movie) re-enters a society that refuses to forgive her past. Facing severe judgment from the place she once called home, her only hope for redemption is finding the estranged younger sister she was forced to leave behind.

The Unforgivable was directed by exciting German talent, Nora Fingscheidt (System Crasher) in her second feature directorial role and was written by Peter Craig, Hillary Seitz, and Courtenay Miles. The US reboot is based on the 2009 British miniseries written by Sally Wainwright. The film was co-produced by a powerhouse trio of Academy Award Winner Graham King (The Aviator, Bohemian Rhapsody, The Departed), Veronica Ferres, and Sanda Bullock herself.

When can I see it?

The Unforgivable is in select cinemas across Australia and New Zealand from November 25. It streams on Netflix on December 10, 2021. 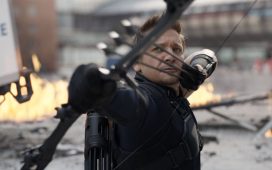