A judge in Lancaster County, Neb., has issued a temporary injunction to prevent racetrack Fonner Park from putting in historical horse racing machines.

The Nebraska State Racing Commission approved the addition of the machines, but Judge Andrew Jacobsen said this week the state Attorney General’s office would probably be able to reverse that decision.

Fonner Park was to be the first track in Nebraska to install historical horse racing, the slot-like machines that have provided a boost to purses and racetrack attendance in other states. But Jacobsen said the betting on previous anonymous races on the machines does not meet Nebraska’s requirements under the law.

“The Legislature has provided for pari-mutuel wagers on horse races conducted in Nebraska, simulcasts and interstate simulcasts,” wrote Jacobsen. “Historic horse races are none of those things.”

But Fonner Park CEO Chris Kotulak said the fight to implement historical horse racing in Nebraska is far from over.

“In every state where historical horse racing has been contested, Kentucky, Oregon and Wyoming, it has ultimately been proven legal and has been allowed,” Kotulak said.

Read more at the Lincoln Journal-Star 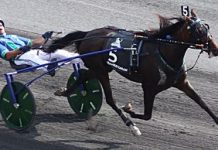 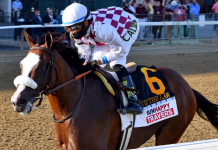 ‘She Knows Her Job’: Ramona Hill Beats Males In Hambletonian