After leading the fight to bring casino gambling to the state of Nebraska, the Nebraska Horsemen’s Benevolent and Protective Association spoke out against proposals for new racetracks at last Friday’s meeting of the Nebraska Racing and Gaming Commission meeting, reports the Omaha World Herald.

Specifically, the NHBPA argued that proposals to add tracks in Bellevue and York would dilute the market and weaken existing tracks.

“Building up casinos should build up the racing industry, not line the pockets of others,” said Garald Wollesen, president of the NHBPA.

The five new tracks proposed would be located in Bellevue, York, Norfolk, North Platte, and Scottsbluff.

No decisions were made at Friday’s meeting, but Commission Chairman Dennis Lee promised separate hearings for each of the five new racetrack proposals. 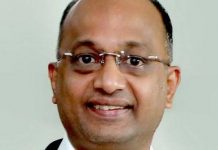