Three 18th-century artworks, including a pastel regarded as the crowning achievement of Jean-Étienne Liotard, have been permanently acquired by the National Gallery in lieu of £10m inheritance tax.

The Lavergne Family Breakfast (1754), which has been on loan to the gallery since October 2018, captures a tender family moment as an indulgent mother steadies a saucer while her daughter, still with paper curlers in her hair, dunks a biscuit in to milky coffee. Its acquisition by the gallery settles £8.7m of tax. It

The painting was owned by the city banker George Pinto, who died aged 89 in a 2018 car accident, and has been received as part of the UK’s Acceptance in Lieu (AIL) scheme which allows families to reduce tax bills.

The gallery said the level of care with which the still-life aspects of the work had been executed was extraordinary. They include unusual layers of thick wet pastel to create the illusion of reflection on the metal coffee pot and Chinese porcelain.

Liotard was one of the most important pastellists of the 18th century and Lavergne Family Breakfast is his largest, most ambitious work and considered his masterpiece. It was purchased in 1755 by Viscount Dungannon, his most important patron, and has remained in Britain ever since.

The Gainsborough was described by the gallery as “a remarkable example” of his later work. “In its vigour and bravura manner, as well as its intimacy, it demonstrates a forward looking, almost modern, aspect to Gainsborough’s late portraiture.”

All three works come from an art collection owned by Pinto, a patron of the National Gallery and a trustee of the Wallace Collection, and kept at his homes in Knightsbridge and Kent.

Pinto was a director of the merchant bank Kleinwort Benson, where his colleagues described him as bright and wonderfully eccentric. His obituaries described a man who would arrive at the office towards midday, work late into the evening poring over the minutiae of complex legal documents, before leaving to play bridge in to the early hours, usually at the Portland Club.

His other great love was golf, which he preferred to play alone. According to the Times when Pinto came across a couple in flagrante in a bunker at Royal St George’sin Sandwich, Kent, his response was: “Are you members?”

The National Gallery’s director, Gabriele Finaldi, said: “George Pinto had a passion for 18th-century painting and was a good friend of the National Gallery. It is a great pleasure to welcome these works and particularly the rare and beautiful Liotard pastel into the national collection.”

AIL scheme was created in Lloyd George’s 1910 “people’s budget” as a way of encouraging people to leave outstanding cultural objects to the nation. In the last decade alone more than £330m worth of treasures have been brought in to public ownership.

Edward Harley, who chairs the AIL panel, said he was delighted to announce the new acquisitions. “The superlative quality of each of these pictures by Liotard, Gainsborough and Lawrence is a testament to the true connoisseurship of their previous owner and also show that Acceptance in Lieu is a means for museums and galleries to acquire the very best art.”0 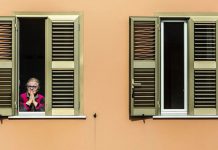 Three artist-led initiatives that are chronicling the coronavirus experience

Board will revisit vote that would allow demolition of site-specific work at National Geographic Society’s home in Washington, DC

No boys allowed: this year’s Chart art fair will only exhibit women artists 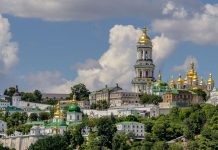 What is this Hepworth sculpture made of? The great British art quiz