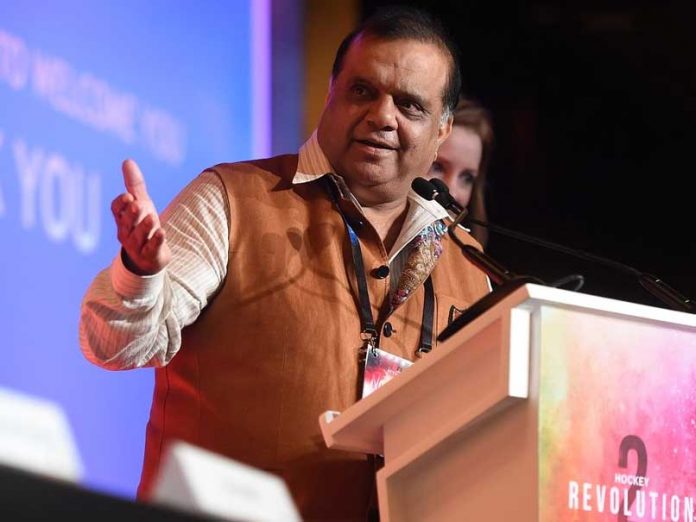 Batra, who was elected President last Saturday, said as part of the Hockey Revolution programme the world body is set to introduce a nine-team home-and-away league of international teams which also serve as Olympic and World Cup qualifiers.

“There is one game I am passionate about is hockey. I want to contribute to the game and make it more popular and bigger,” Batra told in his first media conference here after becoming the world body chief.

“As part of the plan, the FIH will introduce a 10-year Hockey Revolution programme from 2019. The programme’s aim is to ensure the next generation takes up the sport. It’s overall aim is to make hockey more popular and reachable.

“From 2019 we will have hockey all throughout the year. We will start a new league which is very important in the context of FIH. It will be a home-and-away league which will witness participation from nine countries.

The new FIH chief said they have also kept the option of organising the league on a neutral venue in case a country like Pakistan has issues hosting the event on their home soil.

“We have kept the neutral venue option for teams like Pakistan provided they agree to play,” Batra said.

Further elaborating on his plans, Batra said he wants to take hockey across the globe in a bid to increase “reach and revenue”. “My role in FIH will be to increase geographical boundaries of the sport. I want to expand hockey to Africa, Pan America, Oceania and Asia. I want to increase the number of international teams from 10-12 to 20-25.

“If you can increase your boundaries, revenue will automatically increase,” he said.

Batra also said that India will continue to be an important market for the world body.

The new FIH chief also brushed aside suggestions that hockey still runs the risk of being eliminated from the Olympic schedule, which happened just before the Rio Olympics.

“I don’t see hockey out of Olympics for the next 16 years. Look at the ratings of hockey. The viewership has increased by many folds. You get an idea from the grant given by IOC. If there was no viewership, there wouldn’t have been any grant from IOC,” said Batra, who will oversee the operations of FIH from here although the world body’s main office will continue to be based in Lausanne.

The new FIH chief also rubbished reports that Pakistan will not participate in the Junior World Cup to be held in Lucknow next month.

“As far as FIH is concerned, Pakistan has confirmed its participation. We will arrange for Pakistan’s security and other logistics only after we get the schedule and route of their arrival. But eventually the choice is with the governments of both India and Pakistan,” he said.

He also said that in case Pakistan doesn’t get the government nod to travel to India for the Junior World Cup, the FIH has a back up in place.

“In every FIH tournaments, we always keep back ups ready in place. In case Pakistan doesn’t turn up we have 2-3 teams in line to replace them,” Batra said.

On his tenure as the Hockey India chief, Batra said, “I feel we made progress. The men’s team rose from 12 to 6 in world rankings and the women’s team qualified fo Olympics after a long gap. I desperately wanted to star the women’s league but I failed in that. That’s my only regret.”