Naomi Osaka, a four-time Grand Slam champion, has withdrawn from the Australian Open, the latest turn in an increasingly enigmatic career.

The Australian Open announced Osaka’s withdrawal on Sunday in Melbourne. Dayana Yastremska will now move into the main draw of the tournament, which starts Jan. 15.

Osaka, who won the Australian Open in 2019 and 2021, has not played a tournament since September, when she withdrew from a match in Japan with abdominal pain.

Once seemingly destined to compete for the biggest championships in tennis for the next decade, Osaka has struggled to regain her form since she took two lengthy breaks from competition in 2021.

The first break came after her withdrawal from that season’s French Open, where she went public with her longtime struggles with depression. She returned for the Olympic Games in midsummer, but after a disappointing early-round loss at the U.S. Open, she announced an indefinite break.

Osaka returned to the tour compete in Australia last January, and she seemed to be well down the road back when she reached the final of the Miami Open in April. She said that she wanted to be No. 1 again. But an Achilles’ tendon injury cut short her clay-court season and also prevented her from playing in Wimbledon.

Osaka then won just one match during the summer hardcourt swing in North America, a disappointing result because Osaka was once considered the world’s premier hardcourt player. The Australian Open, the year’s first Grand Slam, is played on hardcourts as well.

Despite her limited play and a ranking that sunk to 85th in the world last February, Osaka remains one of the highest earning athletes in the world, with endorsement deals that have pushed her annual income to more than $50 million, according to Forbes.

And she remains very busy away from the court. Osaka launched a representation agency in May to take further control of her mounting business portfolio. Osaka and her longtime agent, Stuart Duguid, left IMG, the sports and entertainment conglomerate, to begin Evolve. Nick Kyrgios, an Australian tennis star, has since joined the agency as well.

At the time, Duguid said that Osaka’s main priority remained winning tennis matches and tournaments but that launching Evolve allowed her to engage her interests in culture and business.

“She’s not someone who likes to play video games and binge Netflix all day,” said Duguid, who has worked closely with Osaka since she was a teenager.

Duguid predicted that Osaka’s business portfolio could grow to $150 million annually in the coming years through investments and ventures such as Kinlò, a skin care products company focused on people with darker skin tones.

In December, Osaka released a children’s book, “The Way Champs Play.” She wrote that she hoped the book “inspires kids to chase their dreams and encourages them to believe they can do anything they put their minds to.” 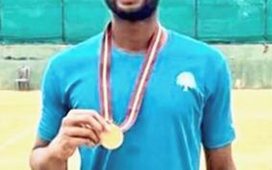 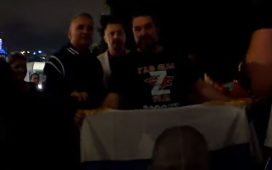 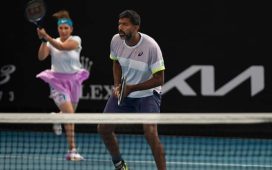 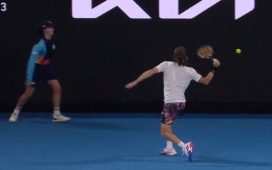