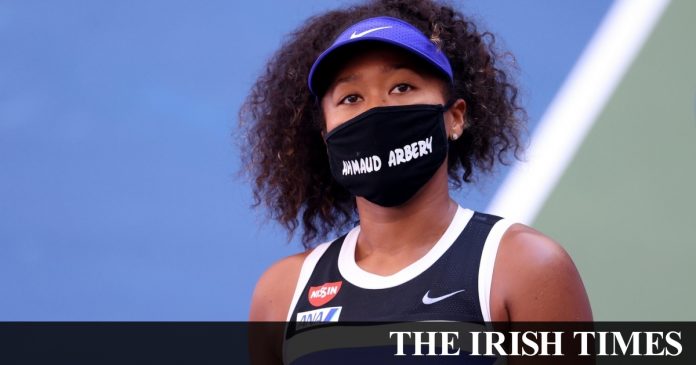 Getting real. Tuning in. Substance. Spirit. Sentiment that belongs less in the corporate stratosphere than a bong session with the Summer of Love Club. Still, those values are now hard currency for some of the world’s top athletes.

And for brands with attitude, it has become quite the set piece for a certain type of personality who would believe ‘those who stand for nothing will fall for anything.’

At one time not so long ago, marketeers were talking about apex celebrities behaving in the way their corporate sponsors paid them to behave. They came to heel as instructed, told to act and speak as an extension of the image in a way that would enhance not damage the brand they were paid to represent. There were certain rules.

Fast and Furious star and wrestler John Cena was the latest example of the acquiescent posture when he abjectly apologised for calling Taiwan “a country” in an interview he gave to a broadcaster early this month.

China is the world’s biggest consumer of movies and sees Taiwan as an integral part of its own territory, rejecting any reference to the self-governed island as an independent state. In his ‘hostage’ apology Cena insulted Taiwan. He was serving the bigger market.

But it is a changing landscape. Position and nuance have become permissible. The opinion makers like Nike, who have been doing it for much longer than others, are comfortable about their corporation taking a stance. Be someone. Say something. Stand up for something people can believe in.

From Colin Kaepernick, Megan Rapinoe and Marcus Rashford to LeBron James and the relatively recent recruit from tennis, Naomi Osaka, getting real and stepping out has become a corporate image that in the past may have prosecuted against them. Now more like Osaka are refusing to “Hit the ball. Sink the shot. Shut up and dribble.”.

Taking sides is alright. Having an opinion is normal. It only has one drawback. Unlike before, athletes have to mean what they say.

Osaka, who will bring her tennis and off course political freight to Paris this week as Roland Garros begins a little later than advertised, has been at the forefront of using her celebrity status for pushing social change.

It helps that she straddles two huge worlds of the USA and Japan. The first Asian tennis player to be ranked world number one in the women’s game, at 23-years-old Osaka is already a four times Grand Slam champion, although, never on clay.

In the past Serena Williams could wear a catsuit to capture attention and Rafa Nadal could flash his guns with his ‘pirate’ theme of cut off sleeves and broad bandana. Others dipped ballerina skirts into acid purple dye.

But the player who highly leveraged her name when she wore a different mask each day to last year’s pandemic struck US Open with the names of African Americans who controversially died in the hands of the US police, has become one of the most marketable athletes in the world.

Osaka’s masks included the names of the no knock police raid which killed Breonna Taylor in bed, along with Elijah McClain, Ahmaud Arbery, who was pursued and killed by white vigilantes, Trayvon Martin, George Floyd, Philando Castle and Tamir Rice, a 12-year-old African American child shot dead by a white police officer in Ohio.

None of it seemed to distract from what she was trying to achieve over two weeks in New York in 2020 when she beat Victoria Azerenka, 1-6, 6-3, 6-3 to carry off her third major title in as many years.

Seven rounds. Seven masks. One US Open title. It’s “to make people start thinking,” she said after the win.

Born in Japan to a Haitian father and Japanese mother, Osaka was ranked eighth among all athletes in endorsement income last year. She has lived in the USA from the age of three and was also the highest-earning female athlete of all time by annual income.

But what steady ground and message Osaka holds now is not the shaky terrain she came from in her break through 2018 season, when she joined a long list of quietly spoken tearful 20-year-olds.

Her yielding demeanour was quite a counterpoint to the heavy serving, aggressive game in her first major win in New York, where an angry Serena Williams accused the umpire of being a “thief” in some of the most ‘diva goes off the end’ scenes at a Grand Slam final.

Now comes the difficult bit of her year. The French Open and clay has not been kind in the past

Williams was given a game penalty for her outburst, which followed racquet smashing and another code violation as Osaka kept her focus to win 6-2 6-4 and become the first Japanese player to win a tennis major.

She was asked afterwards why she felt she needed to apologise for achieving what she set out to achieve, beating the person who’s photograph she had pinned on her bedroom wall as a child.

“Your question is making me emotional (tearing up),” was her answer. “Okay, because I know that, like, she really wanted to have the 24th Grand Slam, right? Everyone knows this. It’s on the commercials. It’s everywhere.

Two years later on her way to winning the US Open title again, she was asked after her first round win about wearing a face covering with Breonna Taylor’s name printed on the front. This time there were no tears, no hesitancy. She had found her voice.

“For me, I just want to spread awareness. I’m aware that tennis is watched all over the world, and maybe there is someone that doesn’t know Breonna Taylor’s story.

“Maybe they’ll like Google it or something. For me, just spreading awareness. I feel like the more people know the story, then the more interesting or interested they’ll become in it.

“A lot of people ask me if I feel more stressed out ever since I started speaking out more. To be honest, not really. At this point, like, if you don’t like me, it is what it is. You know what I mean?

“I would say I started off with Breonna Taylor’s name first because she was most important. There are still marches going on even though people don’t really talk about it.”

After the killing of George Floyd, a black man who died when a white police officer kneeled on his neck for nine minutes and 29 seconds, Osaka flew to Minneapolis with her boyfriend, the rapper Cordae, to join other demonstrators.

“My heart ached. I felt a call to action. Enough was finally enough,” she later wrote in an article for Esquire Magazine.

Decades before sprinters Tommie Smith and John Carlos were sent home from Mexico City and denounced in the US as unpatriotic after they raised their fists during the playing of the national anthem at the 1968 Olympic Games. It eventually took decades for Muhammad Ali, Smith, and Carlos to be viewed as civil rights icons.

But just days ago, according to Sportico’s ranking of the world’s 100 highest paid athletes, Osaka, with Tag Heuer, Louis Vuitton, Google and Levis among her paying brands, recorded $55.2 million in earnings over the last 12 months, with $5.2 million from prize money and an estimated $50 million off the court.

She is also in the offing for a Michael Jordan type documentary with Netflix.

But now comes the difficult bit of her year. The French Open and clay has not been kind in the past. The sliding and the uneven bounces are a mindset she has to embrace. That big game of hers is not enough without the physical commitment to start into a slide for a wide ball and expect to skate to where she needs to be.

“I actually do trust myself sliding,” she told BBC this week. “I think it’s just the process of moving after the slide which is a bit difficult.”

The grass at Wimbledon in July is another bag of tricks she has yet to iron out.

“I would say last year [2019]I was definitely very scared, because I actually got injured once on grass because I slipped and I hurt my knee. So, it definitely scarred me a little bit,” she said.

“It’s a bit funny, I talked to [Novak] Djokovic about it, because I wanted to ask him how he moved so well on grass and he said that even though he falls a lot, he keeps getting up and he keeps trying different things. So, I guess I’ll try that the next time I’m on grass.”

Well, that’s what she’s been doing these past few years. Seen as a ‘hafu’ in Japan, a person who is half ethic Japanese and half another ethnicity, although a celebrity Osaka has been grudgingly accepted. The constant reminder is that she will always be a black woman first.

It all may have taken an unforeseen toll as this week she decided not to talk to the media at Roland Garros because of mental health considerations. For that she will face a hefty fine.

Still, ranked second in the world to Australia’s Ashley Barty, she is the velvet glove warrior who stands for something. More than ever, a player unwilling to shut up and dribble. 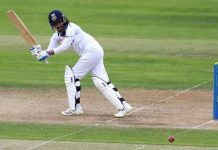 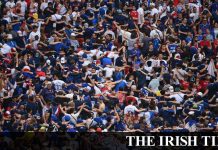 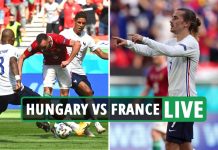 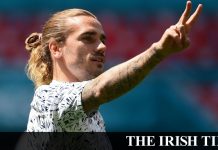