Naomi Osaka is unlikely to ever forget her last three weeks. She stopped the tennis world for a day after she refused to compete at the Western & Southern Open. She marched into her seven matches with masks bearing the names of Black people unjustly killed by police and civilians. She has patiently answered upwards of one hundred English and Japanese questions about her reasons for doing so. She has been consistent and clear throughout, yet still, standing in Arthur Ashe Stadium as the newly-crowned US Open champion, she was asked to explain her message once more. Her response: “Well, what was the message you got?”

It was a fitting end. Before the event, Osaka was unsure of what the outcome of her amplifying police violence and anti-Black killings would be, yet her actions have challenged journalists to cover anti-Black racism in the same breath they cover her relatively unimportant matches. She has inadvertently held a mirror up to the sport itself, exposing cluelessness on racial issues even as a record 12 Black players populated the women’s singles draw. After her quarter-final win, an interviewer gleefully explained how she was guessing the name of the next (dead) person to appear on her mask every day. Later on in the week, her activism was pitted against Serena Williams as she asked to comment on why Williams, who once boycotted a tournament for 14 years due to racism, had not “made any statements or support of the movement.”

Outside interests are so often described as a distracting force for athletes, but Osaka posits that the past six months have offered her perspective that has enriched her game. “It made me stronger,” she said to ESPN after her win. “Because I had more desire to win, because I want to show more names, and I want people to talk about it more.”

And she has been so strong. Osaka is already on the path to becoming one of the biggest, most clutch servers in history and her power is so effortless. However, this fortnight was notable for her less obvious qualities: her continued evolution as an athlete and the fruits of many months of labour during lockdown on her backhand slice, volleys and second serve.

Through it all, Osaka’s supreme mental strength continues to glue her game together. She is a problem solver whose discipline and rationality under pressure contrasts with most other competitors. An example: back in the second set of her fourth round match against Anett Kontaveit, she desperately struggled to break serve. Most players would attempt to calm down by reminding themselves of their own quality. Osaka thought only of her opponent’s strengths: “I just told myself that she’s a great player, she’s supposed to hold her serve,” she said.

Osaka has now won 3 of the last 5 hard court slams and she is the youngest player to win a third slam title since Maria Sharapova in 2008. Thirty-year-old Angelique Kerber is the only other player to do so since then. For someone who has achieved so much at 22, it still feels like she is in the infancy of her career. She is still learning how to play on clay and grass courts and although she has shown in beats that she can replicate her level, half of her six WTA titles are slams. Her next frontier is a sustained period of excellence.

Azarenka is a living embodiment of how difficult that actually is. Six years ago, she stood as the next great player herself. She first was downed by injuries, then she took maternity leave and afterwards a custody battle for her son became her primary focus.

On the court, her return has been joyful for her relentlessness, the way she roots herself to the baseline and her ability to change direction of any speeding ball. But also just her growth. Throughout the week she has made clear not only that she is a grown adult now, but that in 2013 she was not. When asked during her 30-minute press conference how different she took her loss to Osaka compared with seven years ago, she threw her head back and laughed.

“My mentality has been something a lot more fun for me to be around. I felt that I’ve enjoyed myself throughout the tournament way more. When you’re young, you got some not great people around you, they just put in, like, this tunnel vision. ‘Don’t look right, don’t look left.’

For Azarenka, the simple hope is that this is the beginning of the next part of her career, and that her success and personal happiness will never be at odds again. 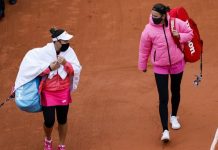 "It's Too Cold": French Open Start Hit By Bleak Weather 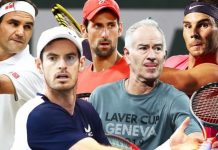 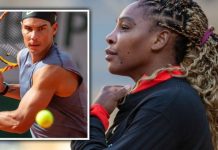 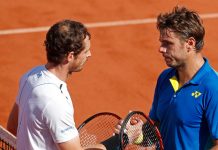 2020 French Open: What to Watch on Sunday 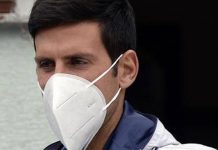