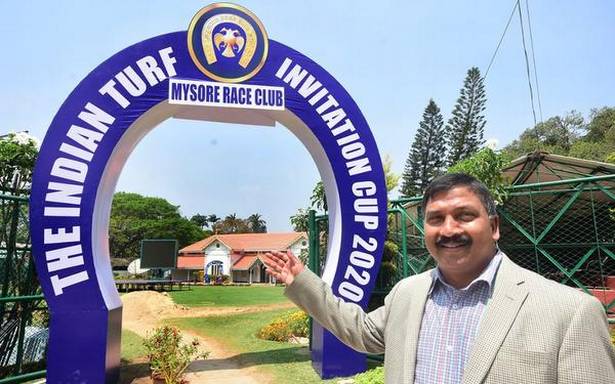 The imposing Chamundi Hill has stared down on the Mysore Race Club for decades.

If it could speak, I’m sure it would regale us with tales of awe because as one of the great Rock Bands in the world The Police wrote “Every breath you take and every move you make… I’ll be watching you”.

But, even with all the watching like an imperial sentinel, I doubt Chamundi Hill would have thought that one day it would witness the Mysore Race Club playing host to the biggest and most glamorous weekend of Indian racing — The Invitation Cup.

Indian racing’s youngest Turf Authority came into being just six years ago. Of course, they have been there for years, but it was only in 2014 that they were inducted as an independent Turf Authority and just six years later they host the Invitation Weekend. Mysore Race Club has been racing for well over 100 years and in fact celebrated their centenary in 1991.

It’s come a long way since the time they conducted just one Racing Season from August to October and today they race around the year.

The last Saturday of February and the first Sunday of March 2020 will usher in a new epoch in the archives of racing in Mysuru. A true baptism by fire, you might say, as they assert that they have now arrived on the map of the Indian Turf.

Under the chairmanship of Dr. Nithyanand Rao and his committee, backed by a dedicated team of officials, Mysore Race Club has been working round the clock to ensure that Indian Racing’s most glamorous weekend will be showcased in all it’s splendour.

Saturday February 29, 2020 is an auspicious day in itself, coming once every four years.

And then, the next day the all-important Invitation Cup and the Maj. P.K. Mehra Memorial Super Mile.

These will be backed by the Suresh Mahendra Million, a Grade 2 Affair.

All in all an absolute carnival of racing that turfites in Mysuru have never ever witnessed.

Some Restrictions Eased In Wake Of EHV-1 Positive At Woodbine