DC Fire and EMS responded to a call of multiple fires reported at the vacant RFK Stadium in Washington, D.C. The stadium was once home to the Washington NFL franchise, MLB’s Washington Nationals and most recently MLS’s DC United.

Smoke could be seen outside of the stadium.

DC Fire officials said the multiple fires were located on the east side of the stadium. They were mostly below grade levels.

About an hour later, DC Fire and EMS updated the situation, confirming they had the situation under control. All fires were found and extinguished. There were no injuries reported.

Fire and EMS Chief John A. Donnell Sr. addressed the media after the fire was under control.

“It was trickling up through the stadium out of different pathways. It’s a pretty open-air stadium. Where the fire was, it’s opened all the way up, so it’s going to happen. Today with the heat and humidity, the air is dense so it’s hard to move smoke out of tall the different rooms that are in the basement,” Connelly said.

The cause of the fire had yet to be determined.

RFK Stadium, named after former U.S. Senator Robert F. Kennedy, was the home of the Washington NFL franchise from 1961 until 1996. The team moved to its current home stadium, FedEx Field, in nearby Landover, Maryland in 1997.

The old Washington Senators also played home games at RFK from 1962-1971. Baseball returned to the stadium for three seasons, as the Washington Nationals called it home from 2005-2007 after the team was relocated from Montreal. The club moved to Nationals Park in 2008.

The last major tenant was DC United. The club claimed all four of its MLS Cups while playing at RFK. DC United played there from 1996-2017 before moving to the recently built Audi Field.

RFK Stadium has been in headlines recently, as the now-Washington Commanders have targeted the site for a potential new stadium. However, the majority of the DC City Council doesn’t support a new stadium at the site. 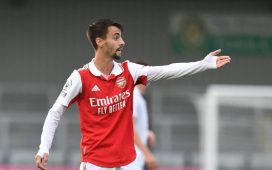 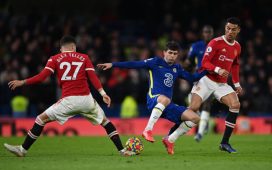 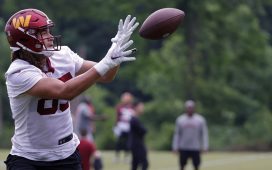