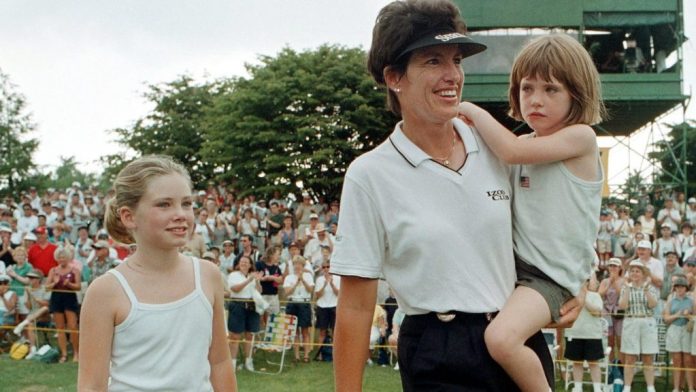 Moms rise early to drop their kids off at the golf course. Moms pack snacks for their kids making the turn. Moms hide behind oak trees trying to get a glimpse of their kids in competition. We honor all the mother’s who make their kids feel like the Hall of Fame is obtainable this Mother’s Day.

“I’m a mama’s boy, I’ll be the first to admit it,” Justin Thomas said of his mom, Jani. “She’s everywhere, everyone out here knows her. She’s been very, very impactful in my life, my career, my golf life, took me to all my junior tournaments, drove me all over the place, dealt with me as a probably a little annoying teenager. I cherish all those moments with my mom and definitely do now out here as well. We have been fortunate to have some fond memories together on the professional level and hopefully can create some more and one in particular on Mother’s Day.”

Other moms play golf against the greatest women in the world on the LPGA and still find time and energy to raise their own sons and daughters, exposing them to much more than their offices on the golf course. For all those working moms, we honor you, too.

An all-around athlete, Patty Berg was quarterback and the only girl on her local football team, the 50th Street Tigers. After countless bruises, her mother urged her to find another sport. Berg dutifully listened to mom and chose golf, her father’s favorite pastime. At her Hall of Fame induction ceremony she broke up the audience when she said, “I’m very happy I gave up football or I wouldn’t be here tonight.” 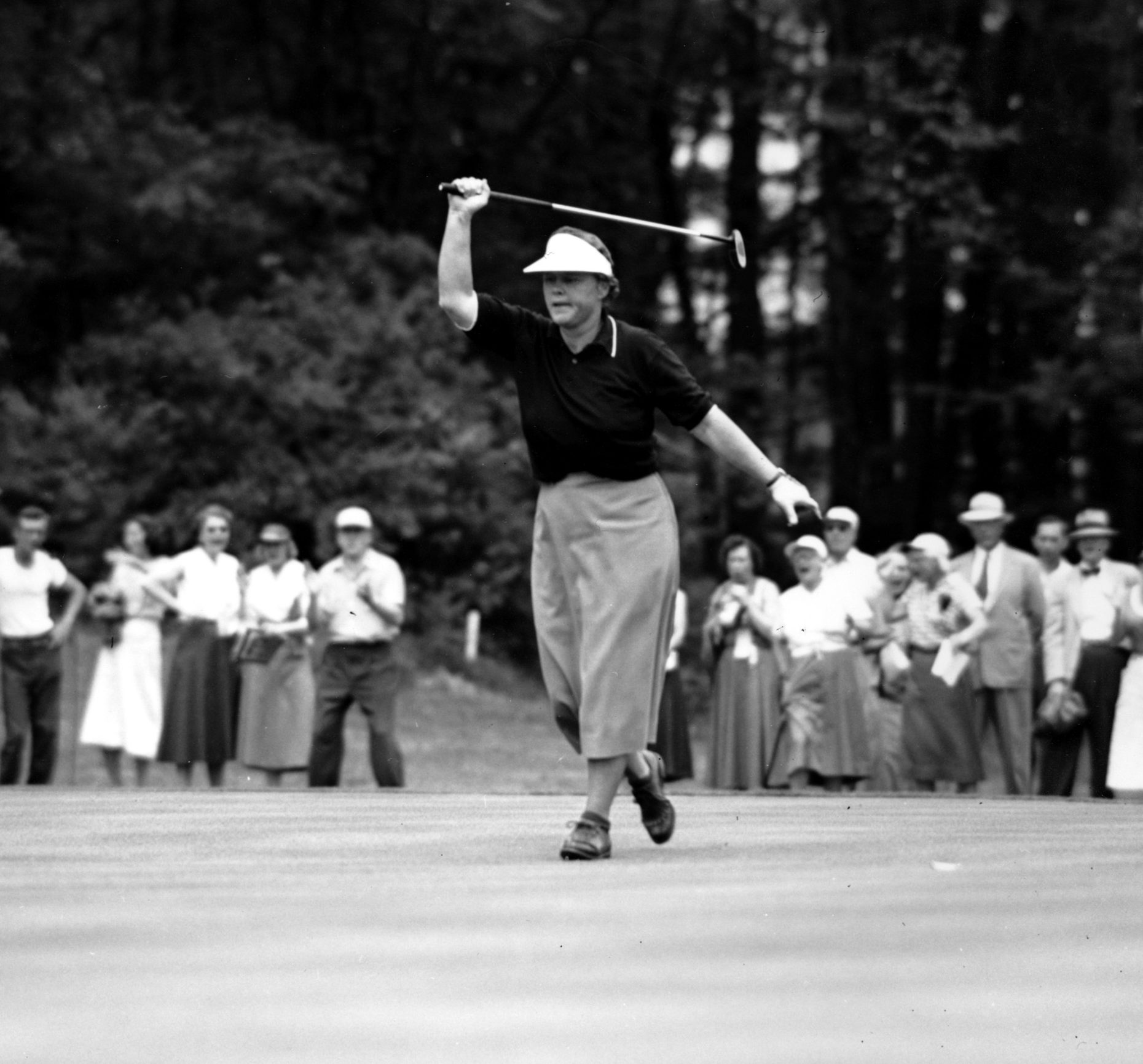 Juli Inkster is the mother of two girls, Hayley and Cody. When they were younger, she used to coach their basketball team. 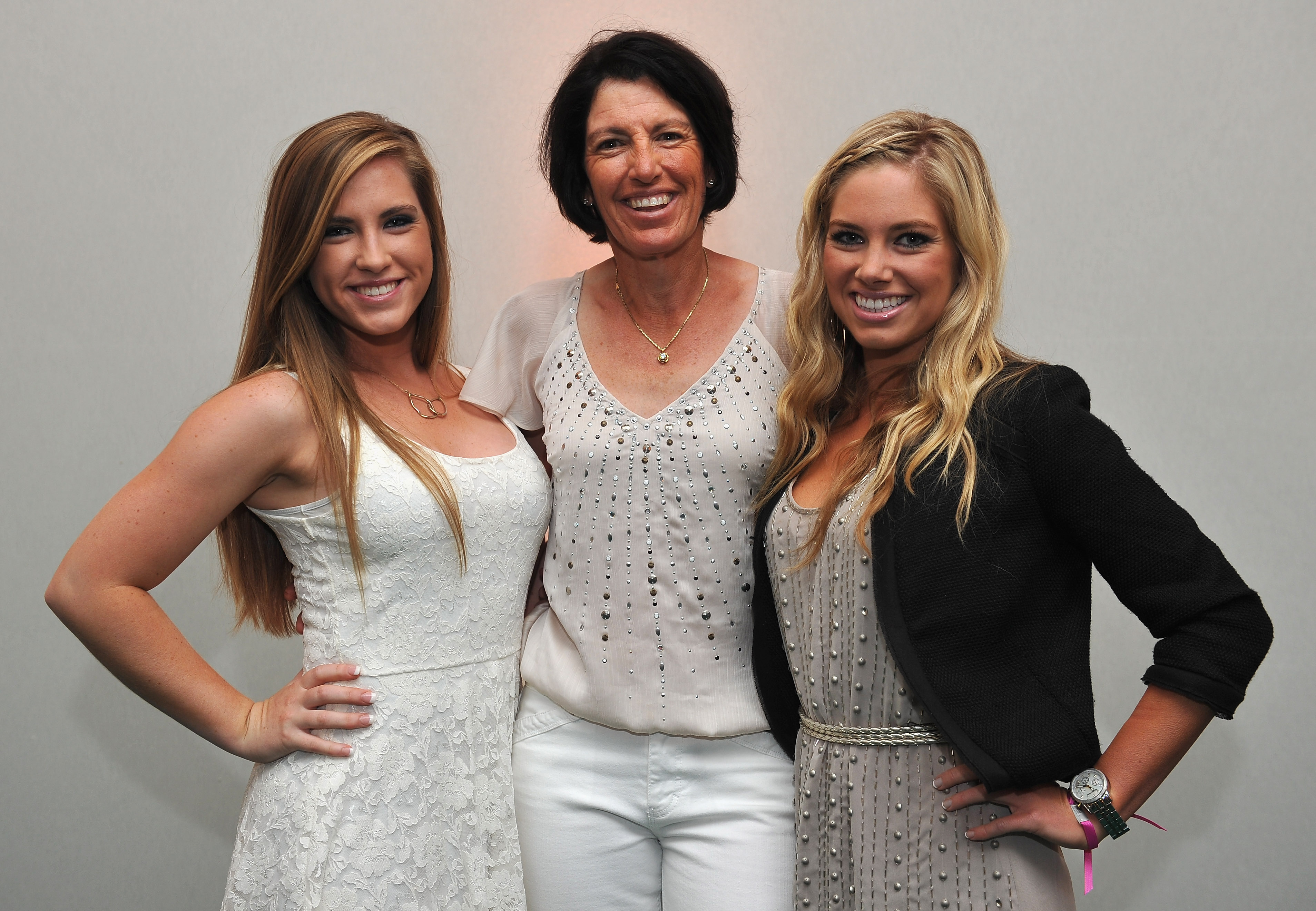 Juli Inkster poses for a picture with her daughters, Hayley Inkster and Cori Inkster in 2011. (Photo: Stuart Franklin/Getty Images)

Beth Daniel fondly remembers starting out playing golf as a six-year old in Charleston, South Carolina. She would join her mom and dad at the golf course and play right behind them. 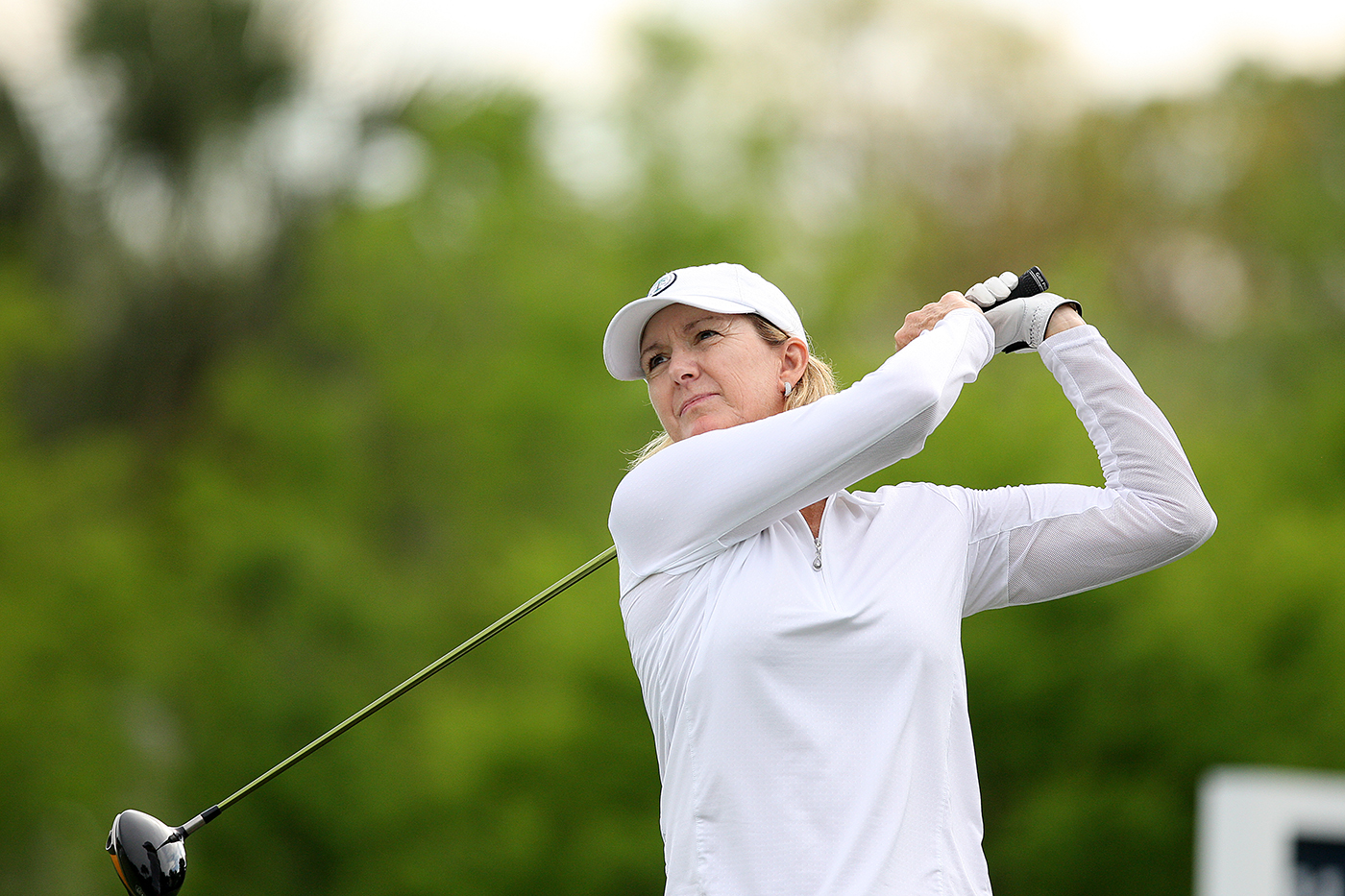 Lee Trevino never knew his father and was raised by his mother, a day laborer, who taught him that with hard work he could learn to do anything, even hit a golf ball better than just about anyone who ever tried. 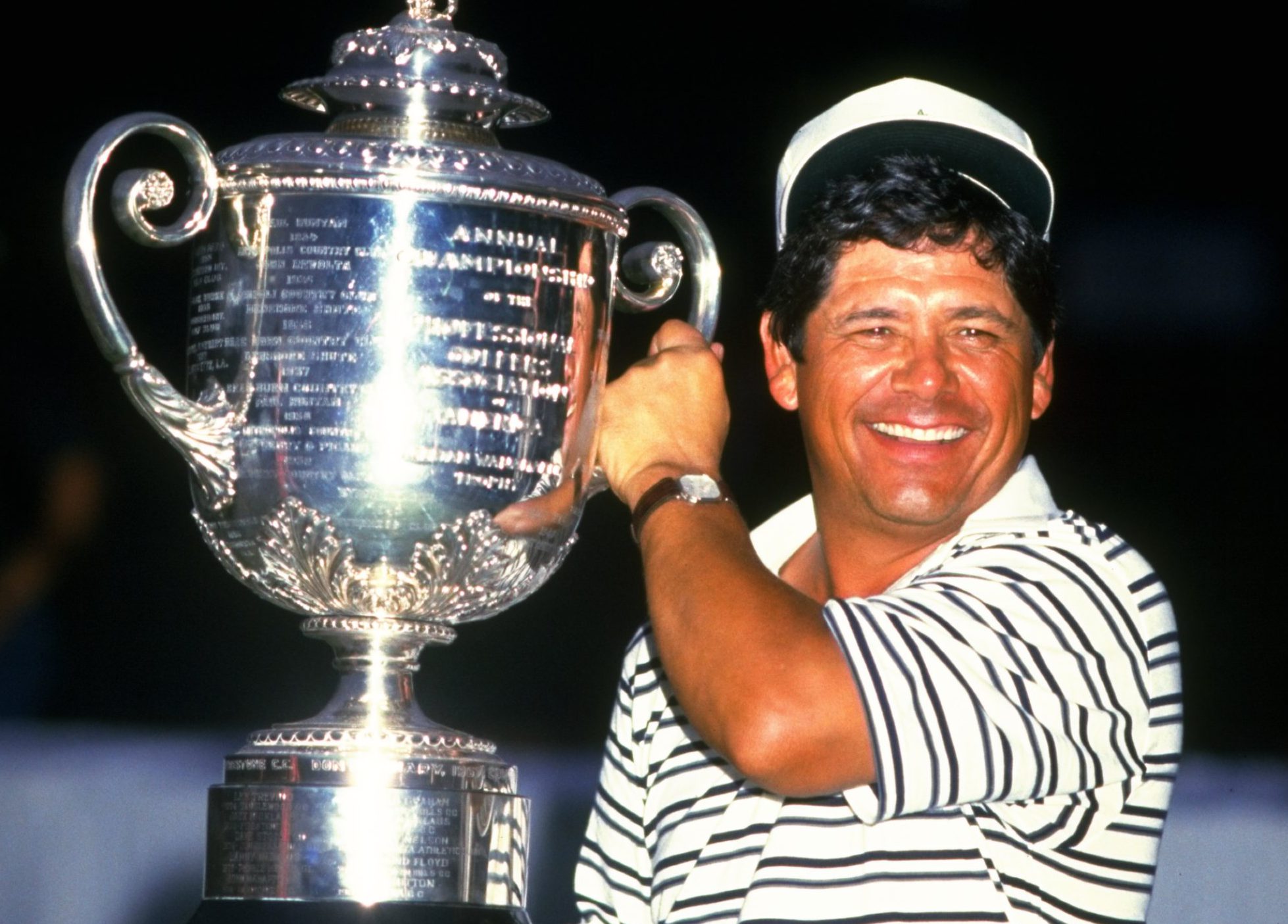 Kathy Whitworth got her first set of clubs from her grandmother and started playing golf at age 15. 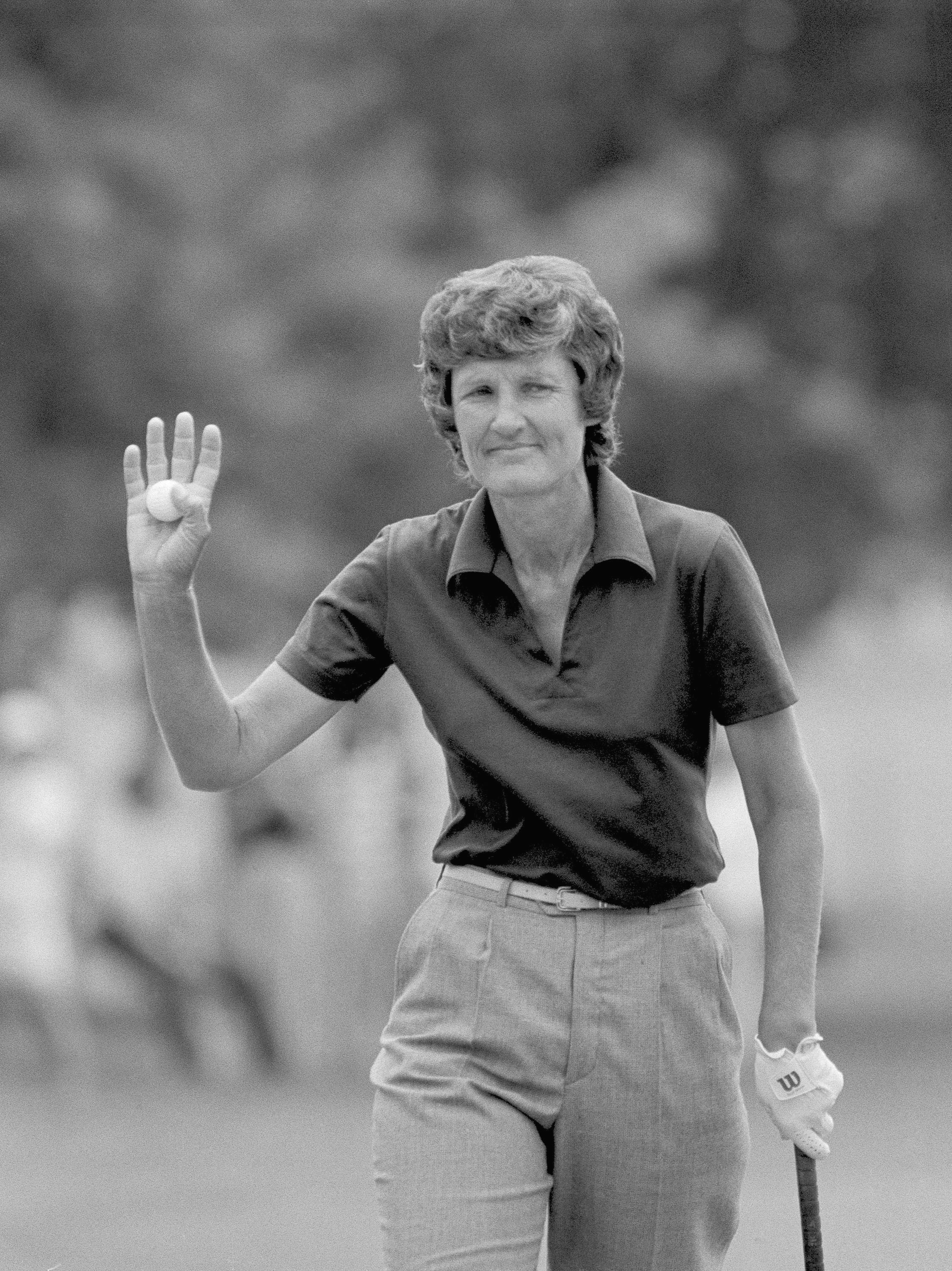 Kathy Whitworth during the first round of the U.S Womens Open, Thursday, July 23, 1981, in La Grange, Illinois. Whitworth was the early leader with a 3-under-par 69.

After every one of her victories, it became a tradition for Pat Bradley’s mother to stand on the porch of their home in Westford, Massachusetts, and ring a Swiss cow bell, announcing the good news to the neighborhood. Kathleen Bradley rang the bell for 31 LPGA wins. 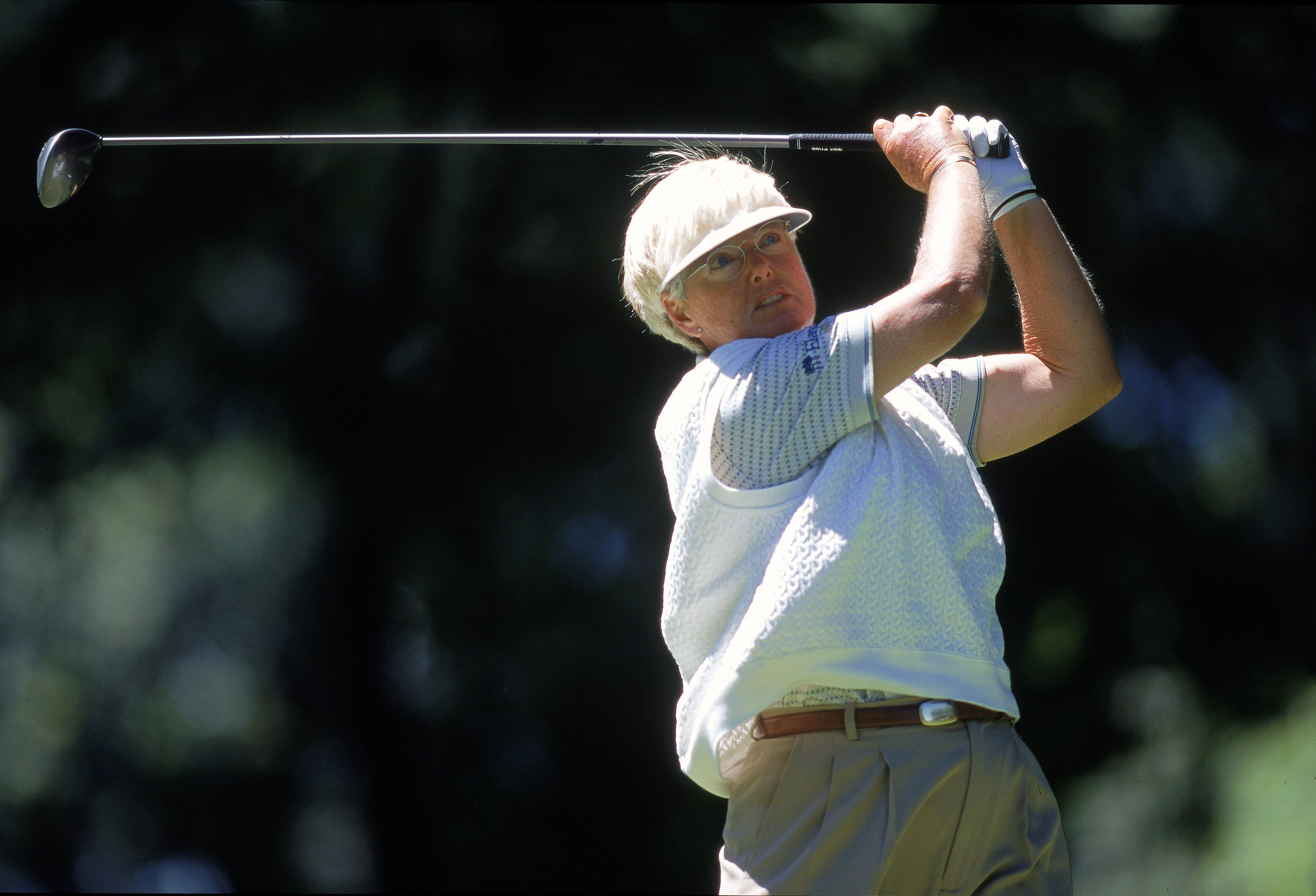 Dinah Shore, nicknamed “the first Lady of Golf,” described her mother as “one of the finest, most enthusiastic golfers in the state of Tennessee. She died when I was young but her encouragement stayed with me.” 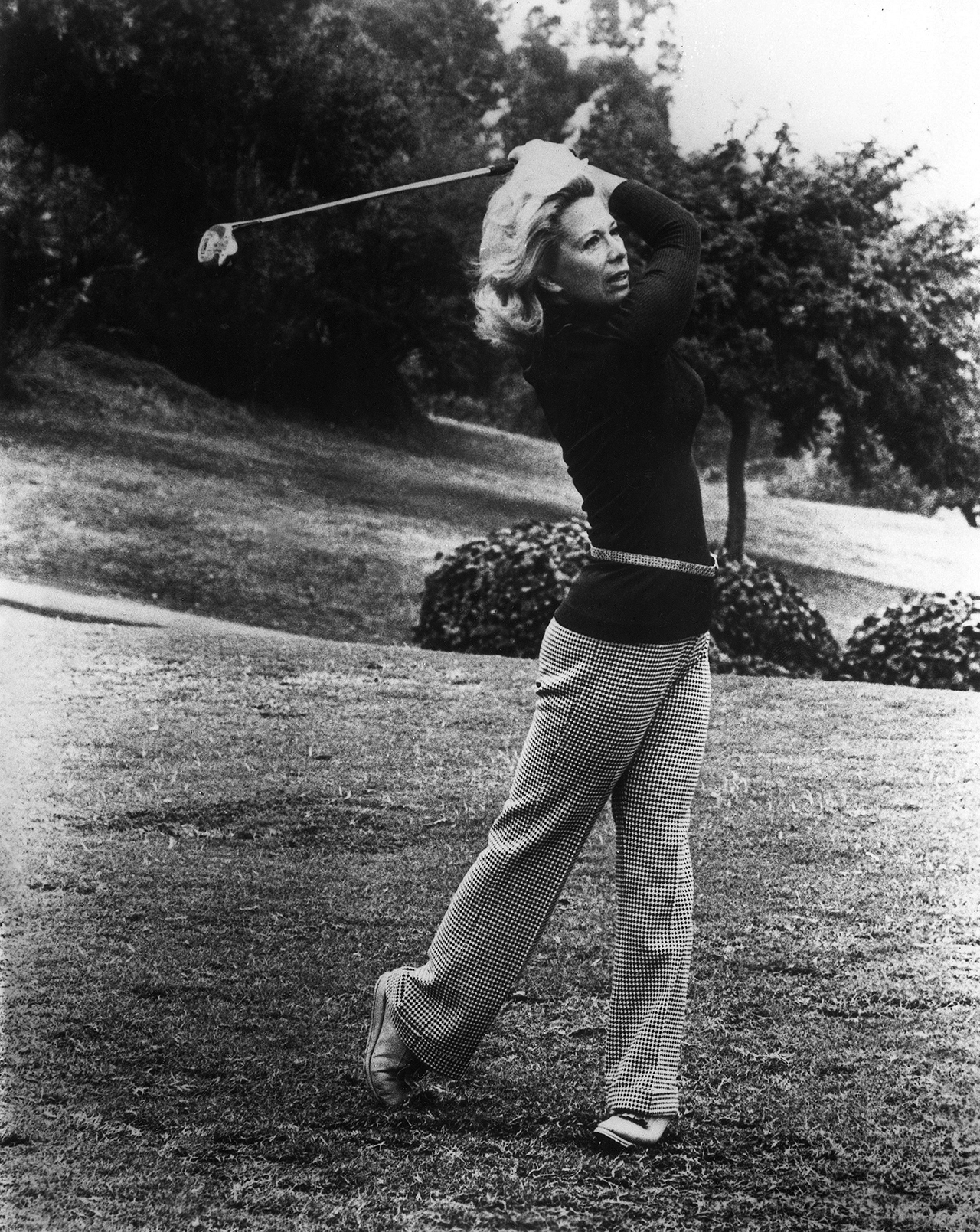 Dinah Shore takes a swing in preparation for her hostess role for the Colgate Winners Circle in Palm Springs, California in March 1972. (Photo: AP)

Harry Cooper’s mother, Alice, (not to be confused with the singer), also was a fine player who worked in the golf shop and gave lessons at Cedar Crest Golf Club in Dallas where Harry was a professional. 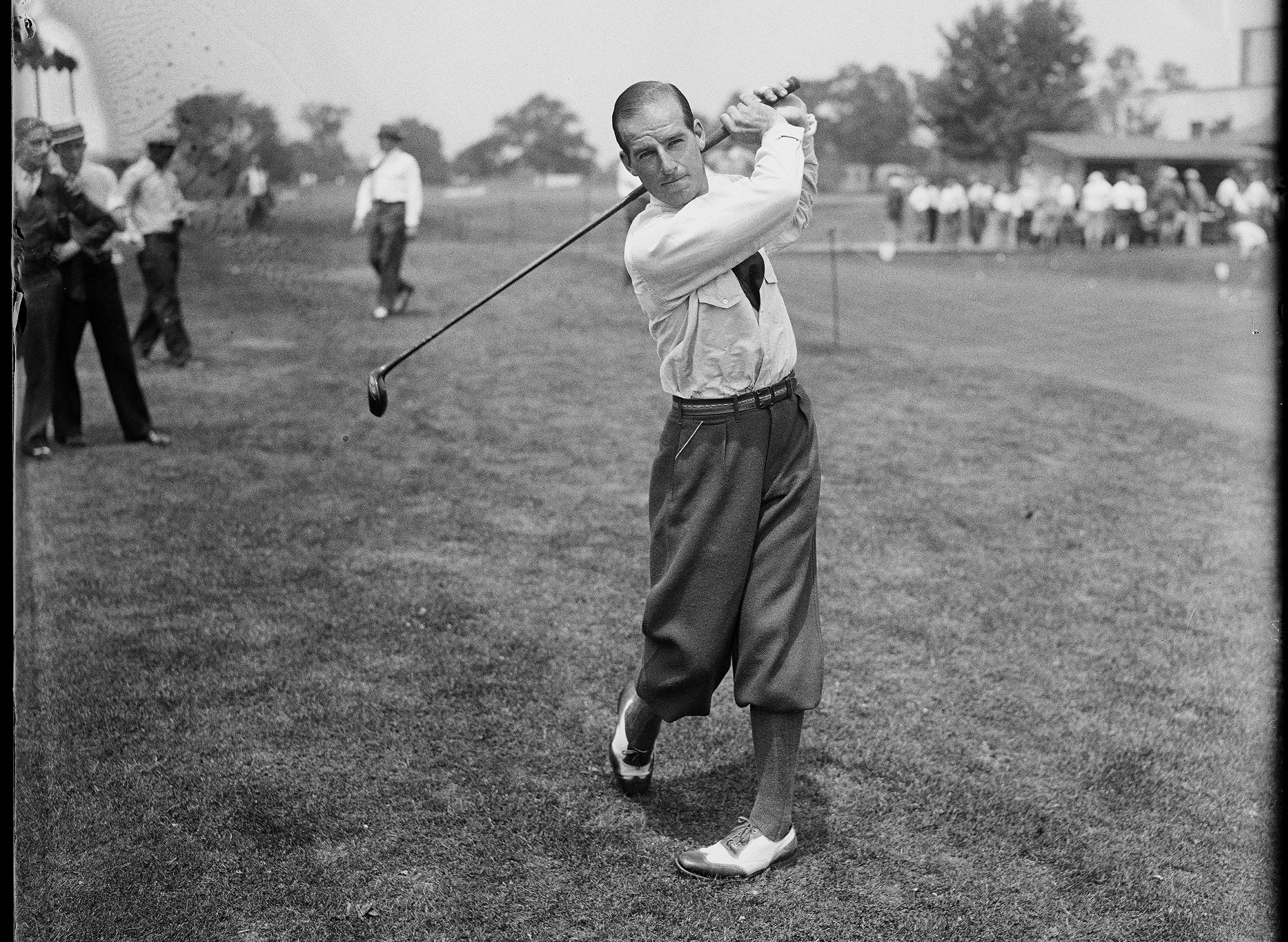 Betty Jameson to author Liz Kahn in her 1996 book on the LPGA: “I cried a lot at her death, for everyone needs someone in her corner, and my mother was a great motivator. Maybe I didn’t have the same stimulus after that.” 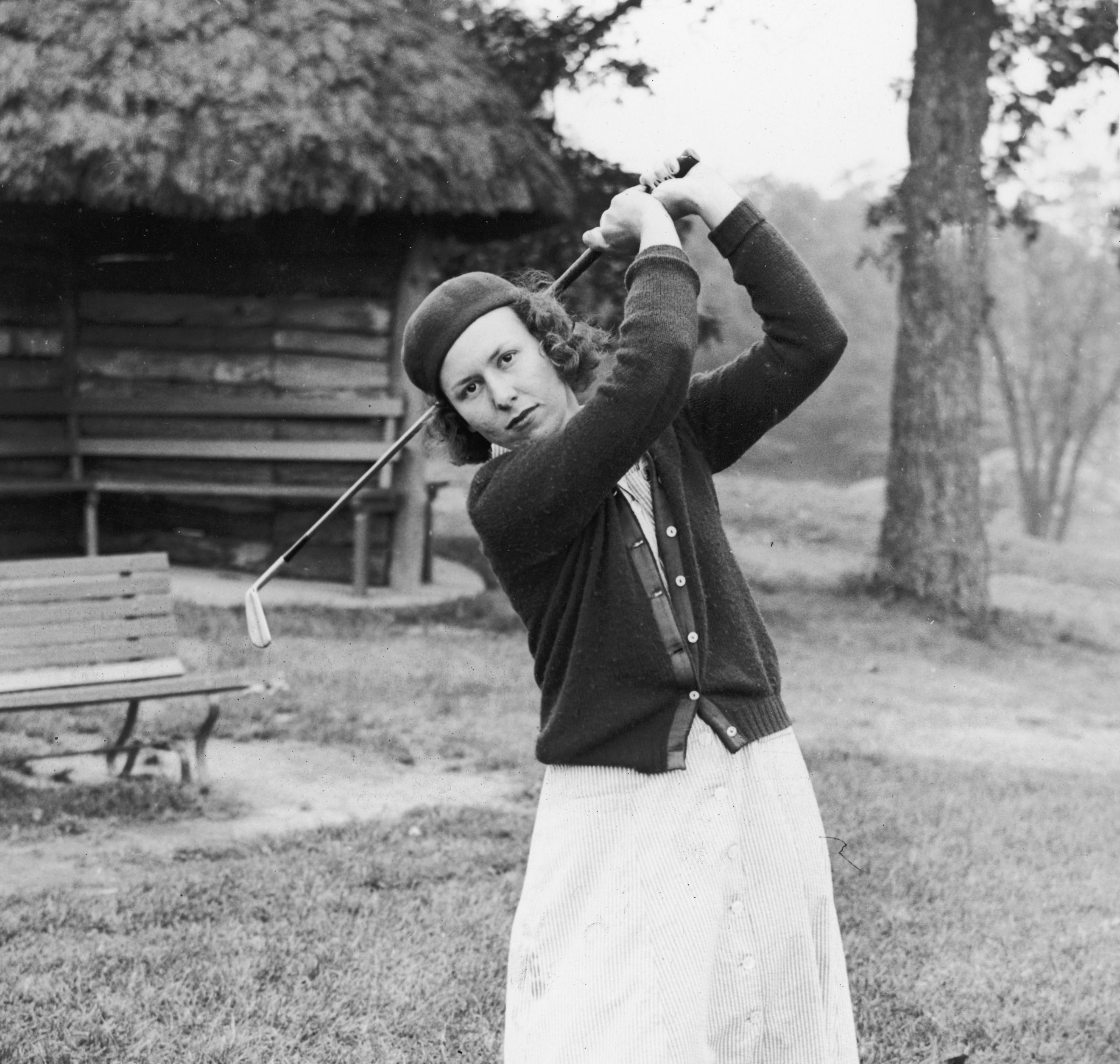 Following her mother’s dictum, Glenna Collett Vare took up tennis at 14, but soon dropped it in favor of golf after hitting a good drive on her very first swing and impressing her onlookers. 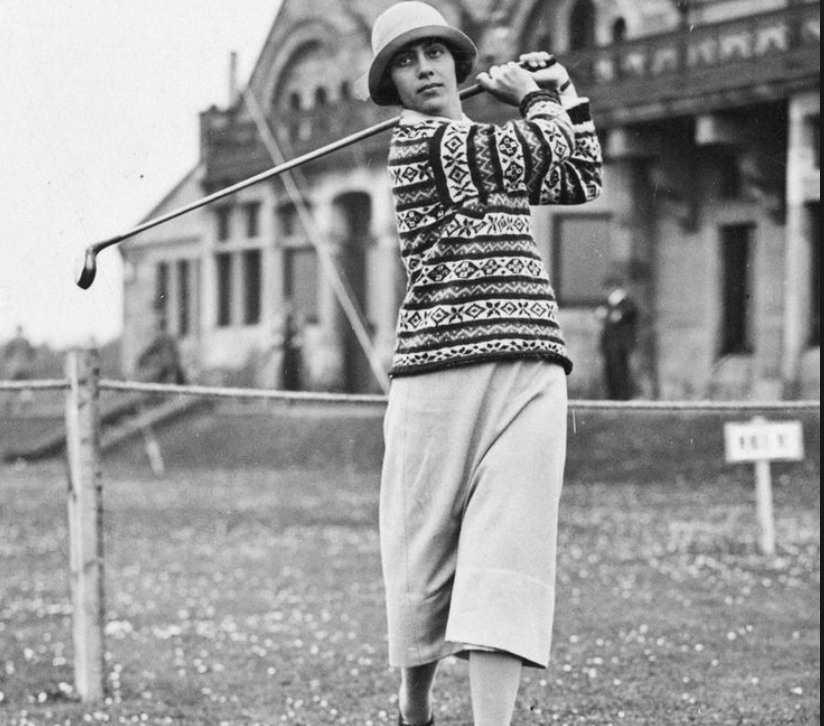 Glenna Collett Vare was often called “the female Bobby Jones” in her day. In 1924, she won 59 of 60 matches as an amateur. 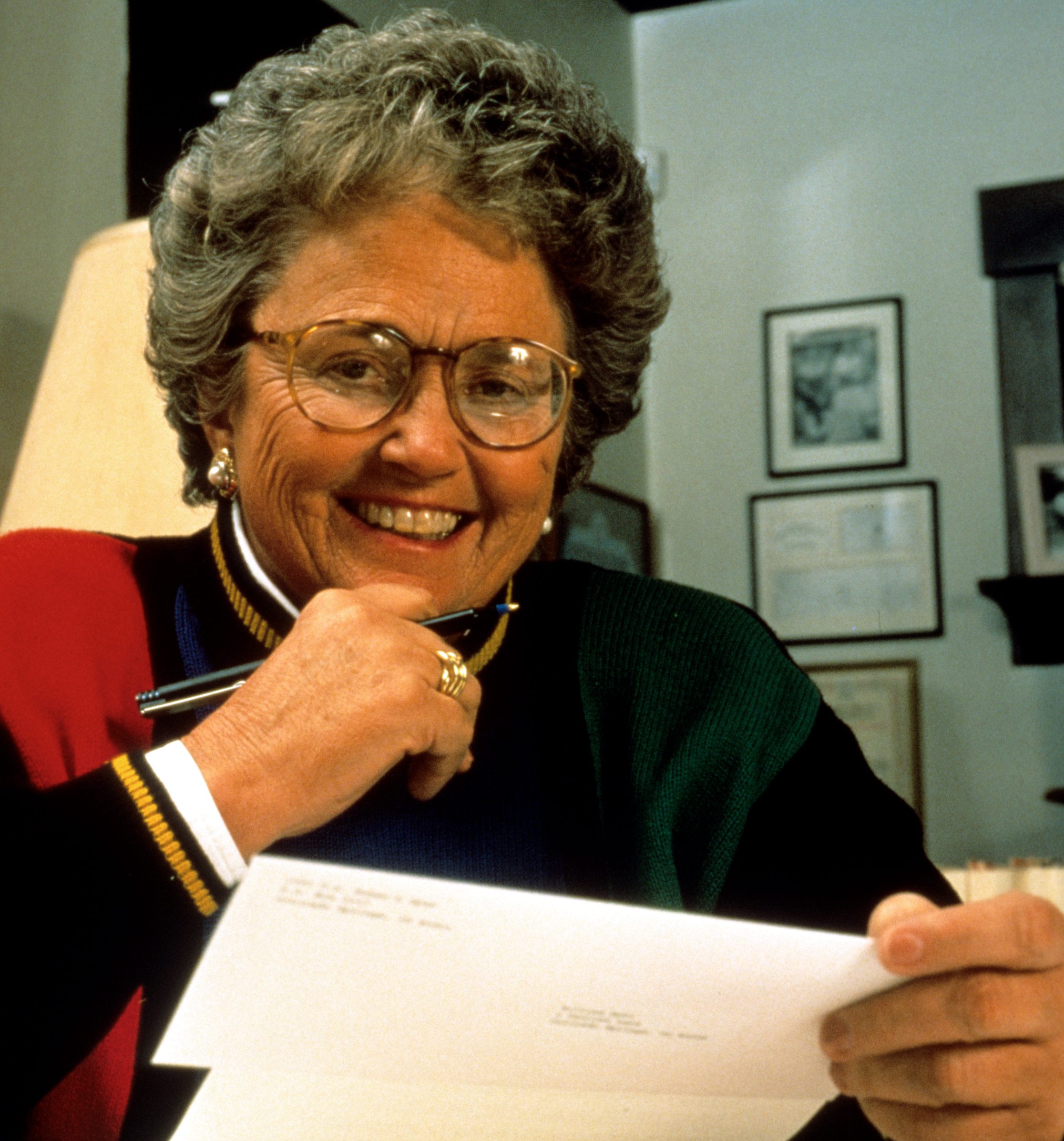 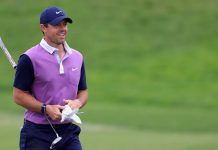 Rory McIlroy has eaten the same (lucky?) sandwich 6 (!) times at the U.S. Open 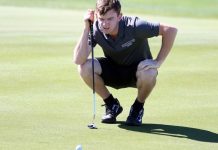 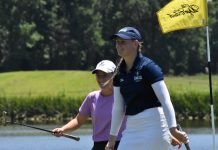 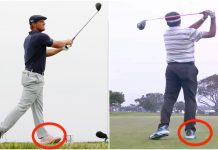 The knee-saving move that Bryson, Bubba and Phil all do in their swing 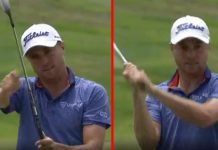 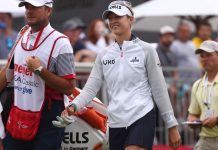 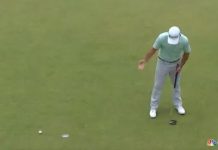 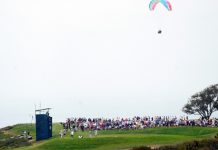 U.S. Open: What early finishers are saying about Torrey Pines and the test on 'Moving Day' 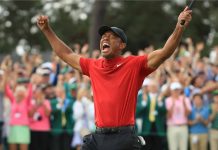 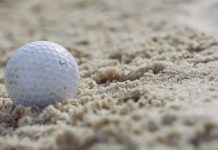 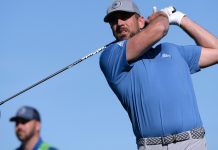