Good morning! We’re bursting with political climate news today. The Nationals have finally agreed to a net zero target by 2050 as a group of young Australians fed up with the Morrison government dragging its feel on climate action take their complaints to the UN.

Nationals MPs have agreed to a net zero target in exchange for a regional transition package and an extra cabinet position. Barnaby Joyce was coy on the details but it is understood it includes a new regional future fund and an extra cabinet position that is expected to go to the resources minister, Keith Pitt. While there was no official vote, a tally of MPs had 12 in support of the net zero target and nine opposed. Sources present said Joyce had finished the meeting by telling MPs he did not support it. “This is, of course, pretty extraordinary,” writes Katharine Murphy. “What this means is the Nationals leader – Australia’s deputy prime minister – is now fronting a Nationals party room decision that he personally doesn’t agree with.”

A group of young Australians have lodged human rights complaints with the UN over what they claim is the Morrison government’s inaction on climate. They argue the government’s widely criticised 2030 emissions reduction target of 26% to 28% of 2005 levels fails to uphold the rights of every young person in Australia. Leila Mangos, 18, says young people are the ones who will pay the price for climate inaction: “By 2030, I will only be 26. My life will have barely begun. We’re told time and time again that we will save the planet, and those who should be responsible for climate action – our world leaders – pass the responsibility down to us, the generation who can do nothing about it.”

The world’s poorest countries are set to benefit from a new climate funding plan to help them cope with the impacts of climate change, in an effort to break the impasse between developed and developing countries at the UN Cop26 climate summit. Poor countries have previously been promised $100bn a year by 2020 from richer countries to help tackle the climate crisis, but only about $80bn has been provided. The new plan will propose meeting the $100bn by taking an average of the finance provided from 2020 to 2025, instead of single years. More of the money is expected to be devoted to adaptation, which helps the poorest countries more, rather than for cutting emissions.

Post-lockdown labour shortages across a range of industries has caused headaches for businesses trying to fill jobs but left workers well placed to cash in by demanding higher wages.

Alleged abuse survivors say Kenja Communications, a self-described “non-religious personal development organisation”, should be forced to join a redress scheme set up to hold institutions accountable for abuse and help survivors. The organisation’s founder faced multiple allegations of sexual abuse before his death but denies all wrongdoing and refuses to join the plan.

Facebook and Australian Associated Press will roll out a fact-checking campaign to fight misinformation before the Australian election. “Check the fact” videos will be pushed on Facebook and Instagram to encourage people to critically examine information and improve their overall media literacy.

WA police want to speak to the driver of a car seen near the campsite Cleo Smith went missing. The car was seen turning south off Blowholes Road between 3am and 3.30am on the morning the four-year-old vanished.

Dairo Antonio Úsuga, the head of the Clan del Golfo drug cartel and “the most feared drug trafficker on Earth”, has been arrested at his rainforest hideout.

More than 50 far-right German vigilantes with suspected neo-Nazi links have been stopped by police as they tried to prevent migrants entering the country from Poland.

Ancient Egyptians were carrying out sophisticated mummifications 1,000 years earlier than previously thought, according to new evidence which could lead to a rewriting of the history books.

The husband of the jailed British-Iranian dual national Nazanin Zaghari-Ratcliffe has gone on hunger strike for a second time to persuade the UK foreign secretary to do more to bring his wife back from detention in Iran.

The spending habits of millennials are more complex than you think, with many of the perceptions about the “avocado toast generation” and money misplaced, writes Jessica Mizrahi. Millennials are better and more regular savers than people realise, and they don’t indulge in life’s little pleasures more than previous generations. But the pandemic has changed spending habits once again, and now only time will tell if a generation of wanderers become staycation aficionados, or if they double down on international travel, having missed the opportunity during Covid-19.

This year marks the 25th anniversary of Tom Hanks’ feel-good directorial debut and ode to the magic of music – That Thing You Do! The charming, nostalgic look at a fictitious 60s pop group follows four fresh-faced lads as they explode from relative obscurity to overnight stardom after with an unexpected a hit song. It’s less sex, drugs and rock’n’roll and more a tale built on sentimentality tempered with a dose of reality.

Repeated lockdowns tempted Australians to throw caution to the wind and experiment with new hair colours and styles, to varying degrees of success. While 2020 prompted colourful experimentation, this year saw a spike in the sales of dye stripper. For Michael Sun, last year’s lockdown announcement motivated him to take the plunge and switch up his look with neon-green streaks to his black hair. But this time around, fatigue has set in. “Last year was bored and hedonistic; this year is bored and fatalistic,” he says.

Decades of choices have made Australia a climate change outcast. In the first episode of Australia v the climate, we hear how Australia managed to increase its emissions under a climate deal that was supposed to cut them.

Full Story is Guardian Australia’s daily news podcast. Subscribe for free on Apple Podcasts, Spotify or any other podcasting app.

One of the traits the Wallabies coach, Dave Rennie, is attempting to instil into the team is ruthlessness. On that score, the team’s unconvincing 32-23 win against Japan in Oita was deeply disappointing.

It was a classic Australian approach to launch into the T20 World Cup in Abu Dhabi on Saturday by picking the Test pace attack: Patrick Cummins, Josh Hazlewood and Mitchell Starc, writes Geoff Lemon.

An NT nursing home has been sanctioned after shocking conditions were discovered in a government audit, including a resident with maggot-infested wounds, a scabies outbreak and possums falling from the ceiling, reports the NT News. Former Covid adviser Neville Power has been charged with breaching WA’s border restrictions for allegedly flying into the state without passes, according to the ABC.

Former NSW deputy premier John Barilaro expected to give evidence into the Icac inquiry into whether Gladys Berejiklian breached the public’s trust.

If you have any questions or comments about any of our newsletters please email newsletters@theguardian.com.

Every Saturday at 6am, enjoy early access to the best journalism planned for the weekend in one elegant app, plus a curated selection of the week’s news and analysis from Australia and the world. 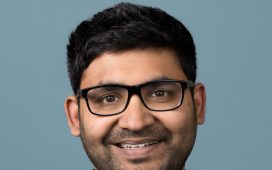 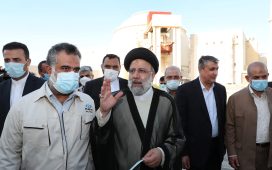 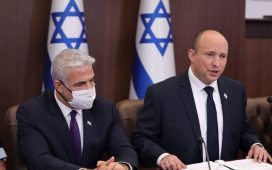 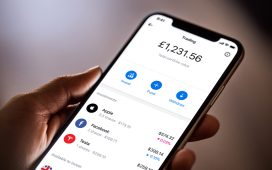 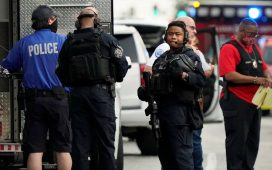