T.N. Governor objects to use of Tamil term ‘ondirya arasu ‘ for Union govt

A day after he walked out of the Tamil Nadu Assembly following a face-off with Chief Minister M.K. Stalin, Tamil Nadu Governor R.N. Ravi on Tuesday disapproved of the ruling DMK’s use of the Tamil term “  ondirya arasu” to denote the Union government.

Advocate Neela Gokhale who represented Lieutenant Colonel Prasad Purohit, accused in the 2008 Malegaon blasts case that killed six and injured 101, has been approved by the Supreme Court Collegium to be elevated as a judge of the Bombay High Court.

RSS chief says LGBTQ community, transgender persons have right to live as others

At a time when the Supreme Court is hearing a bunch of petitions seeking legal recognition of same-sex marriage and equal rights for LGBTQ+ citizens, RSS chief Mohan Bhagwat has maintained that the LGBTQ community and transgender persons are humans and have right to live as others.

Residents of Joshimath town staged a massive protest against the Uttarakhand Government over the demolition of Malari Inn Hotel, which has been declared “unsafe” by the district administration.

Supreme Court to hear plea on Joshimath sinking on January 16

The Supreme Court on Tuesday agreed to hear a petition concerning the Joshimath “land-sinking” incident in Uttarakhand on January 16. A bench led by Chief Justice of India D.Y. Chandrachud said democratic institutions are taking care of the situation on the ground.

The Union Carbide Corporation (UCC) said it is not willing to pay a “farthing” more if a settlement with the Centre in 1989 is set aside by the Supreme Court even as a Constitution Bench asked the government why ₹50 crore of the $470 million paid by the company has still not reached the Bhopal gas leak tragedy victims after all these years.

Section 6A case up for preliminary determination by SC Constitution Bench

A Constitution Bench led by Chief Justice of India D.Y. Chandrachud on Tuesday said it will first take up for preliminary determination whether Section 6A of the Citizenship Act, 1955 suffers from any “constitutional infirmity”.

The policy for assessment of Agniveers once they are inducted into the Army and subsequent selection of 25% for permanent recruitment includes annual assessments of operational and trade aptitude, quantified tests on physical fitness, firing and drill conducted twice each year and written and practical tests, according to Army sources. The first batch of Agniveers after training are set to report to their respective units in August 2023 while the second batch will report by October 2023.

Australian Prime Minister Anthony Albanese is expected to visit India in March, diplomatic sources have confirmed. The visit is aimed at expressing Canberra’s political will for furthering bilateral ties that received a boost with the implementation of the Economic Cooperation and Trade Agreement (ECTA) last December 29 when Mr. Albanese announced the planned visit that is likely to include New Delhi and Gujarat.

Over 50 people have been detained so far for questioning in connection with the attack on the minority community in Jammu and Kashmir’s Dangri village even as a massive search operation to track down the terrorists behind the strike continued on the ninth day on January 10, officials said.

G-20, effective functioning of Parliament to be discussed at presiding officers’ meet

India’s leadership of the G-20, relations between judiciary and legislature, and the effective functioning of Parliament and Assemblies would be on the agenda during the 83rd All India Presiding Officers Conference, which begins on Wednesday.

The BJP is looking at streamlining its organisation in Jammu & Kashmir, and making it poll ready, amid talk that Assembly elections might be held in the Union Territory as early as this year, its first after the reading down of Article 370.

The Central Government through a notification has reappointed Michael Debabrata Patra as Deputy Governor, Reserve Bank of India, for a further period of one year with effect from January 15, or until further orders, whichever is earlier.

A court in Romania’s capital Bucharest has upheld the 30-day arrest of divisive social media personality and self-described misogynist Andrew Tate on charges of organized crime, human trafficking and rape, an official said late on Tuesday.

At least 11 people have died in storms across the Philippines in the past week, with more heavy rain expected in already sodden regions of the disaster-prone country, authorities said on Tuesday.

An authoritative Virat Kohli headlined India’s utterly dominant performance with his 45th ODI hundred as the hosts pummelled Sri Lanka by 67 runs in the first of the three-match series here on Tuesday.

A former scorer, an ex-software engineer and a player, whose career was cut short by injury, scripted history on Tuesday as Vrinda Rathi, Janani Narayanan and Gayathri Venugopalan became the first female trio to officiate in the prestigious Ranji Trophy. 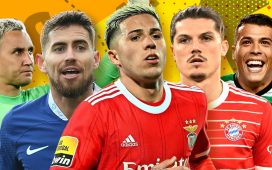