In terms of television trends, 2020 has ended up being something of an unexpected year full of new series about space travel, and Showtime’s “Moonbase 8” (premiering Nov. 8) is the latest entry into the canon of that very specific brand of 2020 series.

Produced by A24, “Moonbase 8” isn’t the first space-themed comedy of the year, as series like Armando Iannucci’s “Avenue 5” on HBO—meaning “Moonbase 8” isn’t even the first one with a number in the title—and Greg Daniels’ Space Force on Netflix—which went the workplace comedy route that “Moonbase 8” also has—have also taken off this year with varying levels of flight (and critical success). On the dramatic front, there’s also been Netflix’s “Away” (premiered in September and canceled a month later) and Disney+’s adaptation of “The Right Stuff.” However, by not focusing on the majestic nature of space and instead relying on the small, intimate scale that the series maintains for all six of its episodes, “Moonbase 8” might actually be the most successful and interesting of all of 2020’s space-focused new series.

Created and written by Fred Armisen, Tim Heidecker, Jonathan Krisel (who serves as series director, setting the consistent lowkey tone of the entire series), and John C. Reilly, “Moonbase” follows Dr. Michael “Skip” Hanai, Jr. (Armisen), Professor Scott “Rook” Sloan (Heidecker), and Robert “Cap” Caputo (Reilly) three astronauts—the show is far too clever to go for the obvious “astroNOTs” pun, but it is a distinguisher that could be applied—living on NASA’s Moon Base Simulator in the Arizonan desert, training, working, and biding their time until they’re finally given the call up for a mission on the first manned base on the moon. Simulation moon bases like Moonbase 8 are designed to train the candidates for living and working on the moon, and the trio of Skip, Rook, and Cap all take their training very seriously—often too seriously. When the series begins, Skip, Rook, and Cap are on their 200th consecutive day on the base, and they’re still seemingly nowhere close to going to the moon. Instead, they’re dealing with things like lack of water rations, prowlers on the base, quarantining, and trust issues.

Unlike other two space comedy series to come out this year, “Moonbase 8” mines comedy from the mundanity of these characters waiting for their chance to go to the moon, especially as they, again, take their training so seriously—to an extent, as it is often revealed they’re not as up-to-date on paperwork and procedural as their peers may be—either as though they’re truly already on the moon or in their fear that every moment is a chance for NASA to kick them out of the program and dash their space dreams. It’s especially interesting as all three of these men are wildly different, though their differences also work to complement the other. Skip is an actual genius and M.I.T. grad—clearly in a whole other league from the other two—who driven completely by a desire to follow in his late father’s—who was integral to the development of NASA’s Apollo program—footsteps. Rook is a Christian husband and father of 10 (with one on the way) who joined the program as part of a “spiritual mission of spreading the word of God throughout the universe.” And Cap is a Hawaiian—a bit that really doesn’t work as much as everything related to space food—former helicopter tour pilot who essentially joined the program to avoid all the debt he’s in back home but also to have something to show for himself as someone who’s gone to the moon. (Cap is also the de facto leader of the trio, despite being the least qualified of them all and “Cap” not actually even being short for “captain.”)

Most surprising about “Moonbase 8,” however, is how oddly soothing it is—from the writing and acting to the directing and cinematography to the very mellow score—especially for a show that’s close quarters setting and the portrayal of a specific kind of monotony also makes it perfect for the current state of affairs. Its humor is also very much specific to all four men’s comedic sensibilities, without being too surreal and without being too broad to appeal to a more mainstream audience. Of all three stars, Armisen’s performance is perhaps the most consistent with his typical type, but that brand of neuroticism is also balanced in “Moonbase 8” with Heidecker’s oblivious charm and Reilly’s unthreatening gruffness, especially as the series examines its characters’ relationships with each other and how they’ve interacted confined to this space for all this time and counting.

Like “Avenue 5,” “Moonbase 8” is a comedy that excels with more time with and knowledge of these characters and their world. “Moonbase 8” obviously isn’t as large-scale as “Avenue 5” on any level, which actually makes it easier to latch onto the series’ world; nor is it as comedically broad, instead focusing on the tedium of the experience as opposed to the dangerous ignorance that can come along with extravagance. (Though, there is plenty of “dangerous ignorance” on “Moonbase 8.”) But what will probably end up helping “Moonbase 8” in the long run is that, while it will be airing weekly, all six episodes of “Moonbase” will be available to watch on Showtime’s apps and on-demand platforms come November 8, it’s a decision that is actually quite smart for the series and the way in which it progresses in terms of both pace and humor. There is quite the understated humor that one would expect from the show’s stars and creators, which can make the series hard to get into at first. The first two episodes are certainly more of a light chuckle than any big laughs, but as the season progresses—and honestly, by the third episode—the show’s rhythms and idiosyncrasies are quite apparent. In fact, the series even begins with a character dynamic atypical from the way the rest of the show is, already starting off-kilter in a way that should be expected by anyone familiar with the work of all four of the series’ creators.

Armisen, Heidecker, Krisel, and Reilly have all collaborated on projects before, on shows like “Tim and Eric Awesome Show, Great Job!” and “Portlandia,” but “Moonbase 8” is a project that manages to combine their collective talents into something both weird and heartfelt. Especially in the SpaceX episode, because of course there is a SpaceX episode.

‘The Mandalorian’: What’s Ahsoka Tano Been Up To? Baby Yoda’s Big Reveal and More Burning Questions From ‘The Jedi’

Cinematographer Frederick Elmes on How He Shot Camerimage Winner ‘Hunters’ 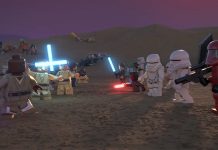 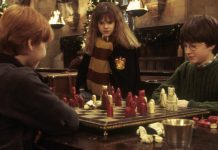 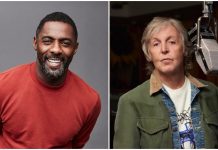 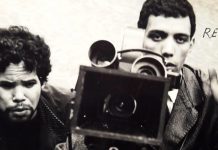