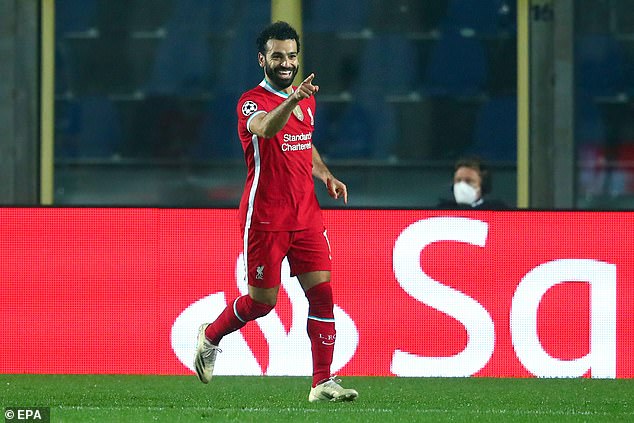 Diogo Jota will take the plaudits but Mohamed Salah quietly tumbled another one of Liverpool‘s goal records in the 5-0 win at Atalanta as he drew level with Steve Gerrard to become the club’s joint top scorer in the Champions League.

Salah netted a stunning breakaway goal just minutes after the second half as Liverpool put the Serie A side to the sword on Tuesday evening.

It was the Egyptian forward’s 21st strike in the Champions League for Liverpool – the same benchmark that had been set by Gerrard as the club’s all-time top scorer in the competition. 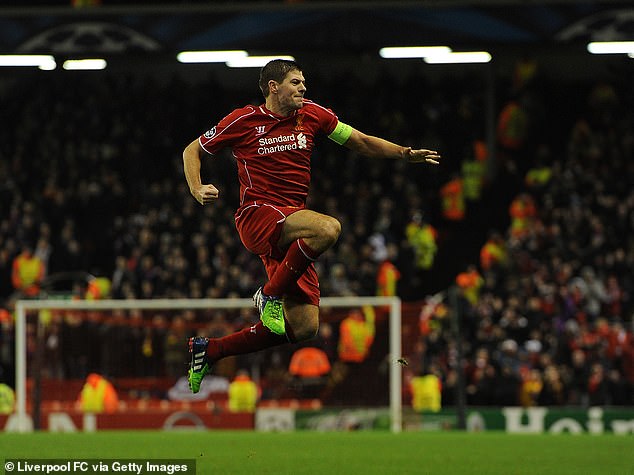 Salah is only in his fourth season at the club but looks set to create a bit of history by overtaking Gerrard in this campaign.

The 28-year-old, who also had a hand in Liverpool’s fourth, teeing up Sadio Mane to score before Jota completed a sensational hat-trick in Italy, will have an opportunity to break the record against Atalanta at Anfield in three weeks’ time.

Tuesday’s 5-0 victory saw Liverpool extend their lead at the top of Group D to five points as they continued their perfect start to the campaign.

It also meant Jurgen Klopp’s men broke the record for the biggest ever win by an English club away to Italian opposition in European competition history. 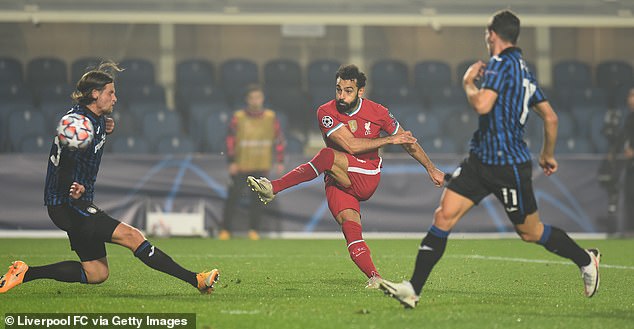 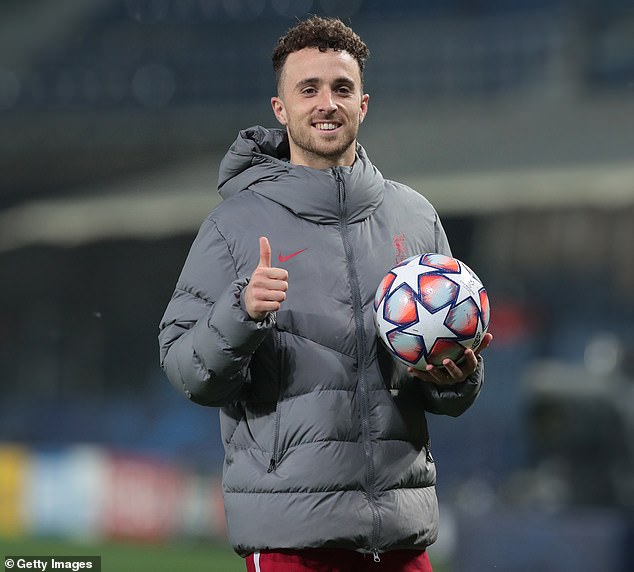 Despite Salah edging closer to a significant milestone, it was the in-form Jota who stole the show against Atalanta and he received huge praise afterwards with Rio Ferdinand claiming he could take Roberto Firmino’s place in Liverpool’s starting line-up.

Speaking in the BT Sport studio following the match, Ferdinand said: ‘I’m sure Firmino will be sitting there compiling a little playback list to remind him [Jurgen Klopp] of what he’s capable of because Firmino, like it or not, will want to start and this guy has put him under huge pressure.’

Ferdinand added: ‘[It was] a perfect night, Klopp couldn’t have asked for more,.

‘Clean sheet, new partnership at centre back, the forwards – the recruitment team have done fantastically well.’ 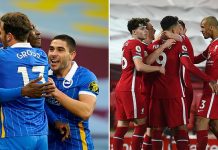 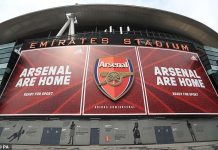 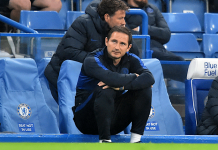 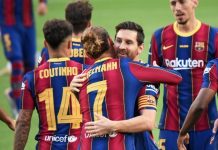 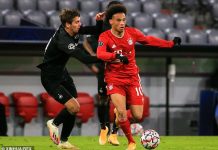 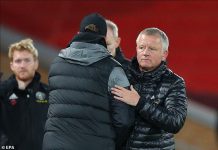 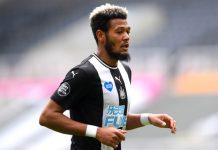 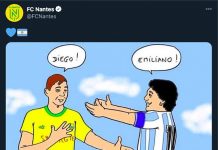 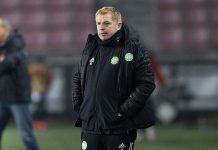 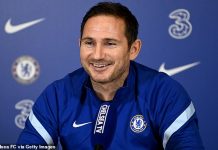