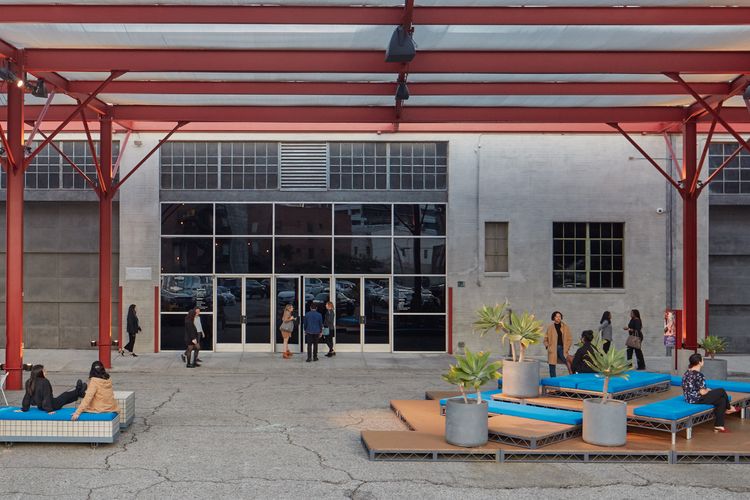 The Geffen Contemporary at Moca
Courtesy of the Museum of Contemporary Art, Los Angeles, Photo by Elon Schoenholz

The Museum of Contemporary Art (Moca) in Los Angeles has received one of the inaugural grants from the Frankenthaler Climate Initiative to support its solar energy project at The Geffen Contemporary at Moca. This comes days after the $1bn Battle Born Solar Project, a solar development project on the Mormon Mesa that threatened local endangered wildlife and archeology, and encroached on Michael Heizer’s Earthwork Double Negative was scrapped, in part with support from the artist’s studio and Moca, which owns the artwork.

The museum has a long history of sustainability-minded decisions, having constructed its Grand Avenue building in the mid 1980s to use 40% less energy than efficiency standards set by California at the time and making energy-reducing and resource-saving renovations in the years since.

The Frankenthaler grant will support the museum’s larger plan to become a fully solar-powered museum in the next few years. Led by Moca’s Environmental Council, the first council of its kind in the U.S. and founded in October 2020, the solar project will reduce annual institutional energy costs by an estimated 68% through this move to carbon-free energy. The initiative is part of the Moca’s “Greening the Geffen” plan, which seeks to convert Moca Geffen to renewable energy, improve exhibition space and design, and create a public, ecologically-conscious green space and community garden.

“On behalf of Moca’s Environmental Council, we deeply appreciate the generous support of the Frankenthaler Climate Initiative to help achieve our urgent goals for the Museum’s sustainable future, as climate, conservation, and environmental justice are critical and existential issues for us all,” says Klaus Biesenbach, Moca’s artistic director.

The Frankenthaler Climate Initiative, launched by the Helen Frankenthaler Foundation in partnership with the Rocky Mountain Institute (RMI) and Environment & Culture Partners, is the largest private national grant-making program focused on addressing climate change through cultural institutions, and the first of its kind in the United States.

“As an artist, Frankenthaler saw the ecology of making a lasting mark. The Frankenthaler Climate Initiative will have a significant impact on museum sustainability,” said artist and Moca Environmental Council co-founder, Haley Mellin, who stewarded the museum’s Frankenthaler grant application.

The grant is the second environmental undertaking this week for Moca after news that the Battle Born Solar Project that would obstruct the view of Heizer’s Double Negative was halted. The museum, which owns the artwork and the land it occupies, supported activism through research into the biodiversity of the area and a public letter campaign. Initiated by Moca curator Bennett Simpson, the team backed a plan to shift the solar project’s positioning, as opposed to fully halting it, to safeguard the experience of the artwork, which aligned with local campaigns to protect archeological and cultural sites and the rare Desert Tortoise.

Moca is turning its focus to the permanent protection of the area directly surrounding Double Negative to conserve the artwork, as well as the existing archaeological and natural elements, much in the same way that Heizer’s City has been protected in tandem with local petroglyphs and hieroglyphs. 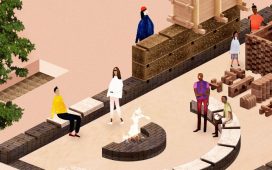 At the Chicago Architecture Biennial, the city becomes a community landscape 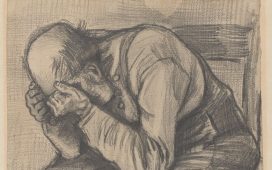 New Van Gogh discovery: first version of despairing man that was bought for £6—and then hidden away for more than a century 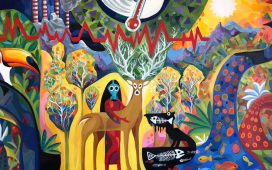 ‘They created a new blueprint’: the legacy of Blaxploitation film posters