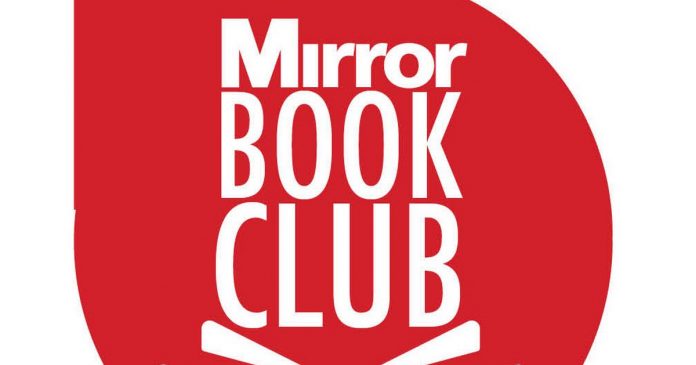 In this weeks Mirror Book Club books of the week, we review a beautifully crafted story about complicated family bonds and the devastating after effects of trauma.

There is a fast-paced, insightful look at the world of influencers, showing how they are often not what they appear.

And brutal and gratuitously-detailed violence threatens to overshadow a novel’s depiction of the horror of human trafficking.

And we have a brand-new Mirror Book Club book of the month – see below.

Girl A, by Abigail Dean

January is very early to start talking about books of the year but this startlingly assured debut is a dead cert to top best book lists come December. To the British public, Lex Gracie is “Girl A”, a pixelated face in a photo, one of six siblings raised in a “house of horrors” by abusive parents. Lex escaped and raised the alarm.

Now an adult, she has spent years trying to forget her past. But when her mother dies in prison, she discovers she has been made executor of the will and must decide what to do with the desolate house that was her childhood home.

Lex doesn’t want to think about the house, where she suffered years of appalling neglect and abuse.

But she is left with no choice but to contact her siblings whowere separated after the rescue. The author weaves Lex’s present day with flashbacks to her childhood and is particularly astute at showing how insidious abuse can be.

He starts to fixate on food, limiting how much the children can eat. Then it’s how much water they can use to wash.

The shame Lex feels as she tries to hide her home situation at school is acutely drawn and painful to read.

But this is just the beginning and, as the children’s lives deteriorate, Lex is in a race against time to escape – before it’s too late.

Compelling and ­heartbreaking, Girl A is a beautifully crafted story about complicated family bonds and the devastating after effects of trauma. It’s impossible to put down and impossible to forget.

Instagram influencer Emmy Jackson has built up one million followers with her brutally honest take on motherhood.

Dan is Emmy’s husband. He wrote a bestselling novel seven years ago but has been writing the
follow-up ever since. So Dan, Emmy and their two children live off the proceeds of Emmy’s “little grids”, with every aspect of their lives turned into content, managed and photographed and completely contrived. Dan is increasingly disillusioned.

However, while it appears that everyone loves Emmy, there is one exception, a woman with a terrifying plan to bring her down. And the story takes a sinister turn when she sets up a new Instagram account and starts posting photos of Emmy’s daughter, claiming they show her own sick child. Dan, furious, is determined to track the culprit down.

People Like Her is a fast-paced, insightful look at the world of influencers, showing how they are often not what they appear. It makes for uncomfortable reading at times, as the author examines just how far they will go to keep their followers interested.

With compelling characters, though they’re not in the least likeable, this is an original, and in places, thrilling story of our time.

The Last Thing To Burn, by Will Dean

Jane lives with her husband Lenn. Except he isn’t her husband. And she isn’t called Jane. Her real name is Thanh Dao and she is trapped thousands of miles away from her family with nobody to help her escape.

The Last Thing To Burn has been touted as Misery meets Room – and it certainly shares the claustrophobic character of both novels.

Living in a cottage on a deserted moor, Thanh Dao’s every move is watched and controlled by Lenn. Any time she steps out of line, she is punished in ways designed to strip her of any sense of identity she has left.

You’ll be rooting for Thanh Dao every step of the way but the other characters are thinly drawn, especially Lenn.

At its heart, this is a novel about human trafficking, and the horror of this hidden world is clearly depicted. However the violence – and there is a lot of it – is brutal and feels gratuitously detailed at times, to the point where it overshadows the gripping plot.

The Push, by Ashley Audrain

When heavily pregnant Blythe goes into labour, her birth plan of deep breathing and positive mantras is swept aside by a tidal wave of fear and fury during a traumatic delivery.

As she recovers after the birth, it becomes clear her old life has gone for ever.

Blythe, who had a difficult relationship with her own mother, struggles to bond with daughter Violet.

But what starts as detachment deteriorates into mutual suspicion and loathing.

And she becomes convinced something is wrong with Violet – with devastating consequences.

Audrain’s twisted tale takes post-partum anxiety and detachment and ratchets it up into a chilling horror story.

There is an intensity to the narration that sometimes slips into melodrama and the ending won’t please everyone. But this is a compelling, compulsively readable thriller that never lets up and will keep you guessing right to the very last page.

The Shape Of Darkness, by Laura Purcell

There are ghosts, ghouls and ghastly goings on aplenty in the tale of Agnes Darken, a silhouette artist struggling to support her family in Victorian-era Bath as her trade is slowly eclipsed by photography. Grateful for any work, she is horrified when a number of clients are brutally murdered. Desperate to find the killer, she enlists the help of Pearl, an 11-year-old medium who appears to have a terrifying connection with the spirit world.

While the writing is at times a little heavy handed, there are some spine-chilling moments in this twisty tale, and fans of murder mystery and gothic fiction will love getting lost in Agnes and Pearl’s spooky world.

We have a brand-new Mirror Book Club book of the month, Long Bright River by Liz Moore.

A mystery set against a backdrop of the US opioid crisis, police officer Mickey Fitzpatrick searches for her missing younger sister Kacey, a sex worker with a drug addiction, while a killer preys on street women in Philadelphia.