When retired GP Robin Murray saw his beloved dog get run over not once but twice by the same car, he thought his four-legged friend was done for.

Poor Eddie the Border Collie suffered multiple injuries, the worst of which were six fractured ribs, a collapsed lung, a severed tendon in his pelvis and a damaged abdominal wall.

However, after six weeks of round-the-clock care, Eddie, 12, hasn’t just survived his ordeal but made a full recovery.

‘At Eddie’s age, I think some dog owners might, quite understandably, have made the decision that it wasn’t viable to try to save him,’ Robin said.

‘But I just couldn’t have lived with myself if we hadn’t given him every possible chance to recover given that the vets felt there was a chance.

‘By doing that — and thanks to the outstanding care he’s received — Eddie is back on his feet, without any long-term effects.

‘It really is an incredible turn-around and shows what can happen if you keep the faith and keep trying.’

Eddie’s accident happened on a quiet country lane near Robin’s home on the outskirts of Durham when a car came round a bend, not knowing the elderly dog was in its path.

Robin recalled: ‘There was nothing the driver could do. She was even more upset than me and very kindly gave me and Eddie a lift to my local vet.

‘The vet there saved his life. He’d previously worked for Vets Now and recommended we transfer Eddie there to be looked after overnight, so that’s what we did.’

The team at their Gateshead pet emergency clinic worked through the night to stabilise the pooch, with Robin calling them ‘suburb.’

He added: ‘I asked if they thought I would need to have him put to sleep, and they were very honest — saying that couldn’t be ruled out but also saying they thought there was real hope for him if I was prepared to give it a go.’

When he was stable, the team recommended the dog be transferred to specialist Moorview Referrals animal hospital in Cramlington, where he spent 14 days in intensive care.

Eddie had to have his broken ribs braced with metal plating, his abdominal wall rupture repaired, and a tendon reattached to his pelvis.

He was so unwell he couldn’t even eat, but thankfully the very good boy pulled through.

When he was out of the woods, his progress was so fast he was even able to stand the day after he went home with Robin, and in a couple of weeks, he was walking.

‘I’ve wept buckets,’ admitted Robin. ‘It’s been incredibly emotional. But I’ve had Eddie for ten years, and he is an integral part of my family.

‘He was an agility dog who wasn’t any good at agility – and I took him in as a rescue dog when he was two.

‘But everything he lacked in agility he has more than made up for in companionship and character.’

‘Eddie is a very brave dog, and he’s blessed to have an owner like Robin,’ said Ashley Wemple, senior veterinary nurse.

‘When Robin brought him in, our staff could see how close he was to Eddie and just how much he meant to him.

‘We’ve been keeping in touch with Robin and when we heard that Eddie was walking again there was a huge cheer in the clinic.

‘Our job can be very distressing at times — but to be involved in an inspirational case like this makes it all worthwhile.’

Robin said: ‘Eddie’s the true hero here. What a dog he is. A heartfelt thank you to everyone who has helped get him back on his feet.’


MORE : Rejected dog hasn’t had a single viewing since arriving at a shelter 142 days ago 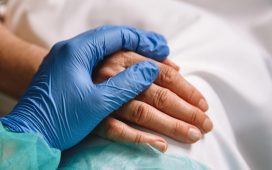 Nurses In Psychedelics, Naturals Caring For Patients In Non-Ordinary States Of Consciousness 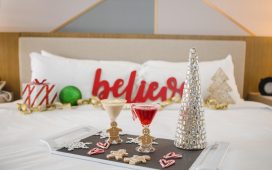 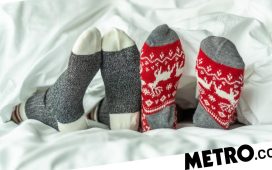 How to stay warm at night without a heater 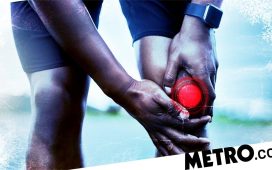 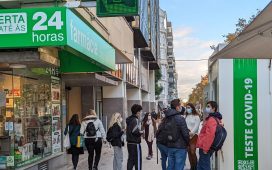 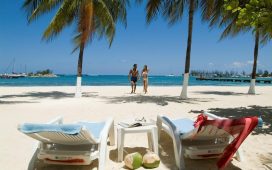